Wine Talk: Women of the vine

I am part of a wine touring group. We call ourselves the Golan Veterans and every two months or so, we meet and visit a winery or three. My partners in this hard work are others, like myself, who worked for the Golan Heights Winery in the 1990s. This was the pioneering winery that set the standards and put Israel on the wine map.

Once Segev Yerovam, ex-CEO of the winery said to me “The Golan Heights will never be regarded as a quality wine region until there are a number of wineries. One winery does not make a region.” Then the Golan Heights Winery stood tall, but was alone. Today, there are 20 wineries spread out on that volcanic plateau. Though the Golan Veterans usually travel countrywide, this time we decided to go back to the Golan. However, we were not interested in established wineries, but two of the newest: Mika Winery and Tel Winery. They have recently been founded by two determined, independent, talented women, who share a belief of the importance of growing wine grapes in the vineyard.

“The Golan Heights will never be regarded as a quality wine region until there are a number of wineries. One winery does not make a region.”

So, one Friday morning I woke up early and drove northwards to Natur, on the Southern Golan. There, overlooking the Sea of Galilee, was Mika Winery, a new winery that I kept hearing being mentioned. It is named after wine grower Mika Ran Mandel.

She was born into the world of vines and vineyards. Her father is a farmer and vineyard owner in the northern Samarian mountains. This implanted a love of the land and the vine deep within Mika early on. In 2006, she moved to the Golan Heights with her partner and established a cattle ranch. However, something of those vineyard roots of her youth drew her back to a world of wine.

THE HARVEST of grapes for Mika Winery is a family affair. (credit: MIKA WINERY)

In her mid-30s, when Pelter Winery advertised for someone to care for their northern vineyards, she swiftly applied. Here, she found a place where she was truly at home, but the job also brought her close to the finished product, the wine itself. She was needed to help out in the winery, and became an auxiliary winemaker in the thick of things. For the first time, she absorbed the whole process of making wine from the vine to the bottle.

At the same time she studied oenology at the Faculty of Agriculture of the Hebrew University. Then with a life that was already full to overflowing with a family farm, six children and a new family house, she decided to build her own winery. She is a determined lady and also practical. She sourced the winery equipment, designed the winery and built a business plan in super quick time. As the first wines came out, I heard the whisper “there is a new winery called Tammuz and interesting things are happening there.” By the time I was aware of the wines, it was called Mika.

At first she was reluctant to call it after herself, because she did not want it to be all about her, but then explained in truth it was the most honest name of all, because it is all about her. She makes no apology for concentrating on the raw material. This is her forte. It supports the premise, you can’t make good wine from bad grapes. She started in a vineyard and graduated to a winery. For many winemakers it is the opposite. Her vineyards are in Samaria, the Galilee and the Golan Heights. She has also planted her own vineyard at Tel Phares. Her first vintage, in 2021, yielded 10,000 bottles. Of these, the whites and roses have been launched and the reds are still in barrels.

I LOVE the clean, stylish labels, simply with the name Mika and the understated logo depicting the fruit of a Eucalyptus tree. Her wines have the hechsher (rabbinic approval) of Tzohar. As she made clear to me “all the requirements of Halacha are observed.”

The wines had a great purity of fruit, with a clean finish. I most liked the Mika Sauvignon Blanc Roussanne 2021 from the Upper Galilee. It has a screw cap, which makes good sense as far as I am concerned. It was aromatic, fruity and floral, but not in your face, and was underlined with a refreshing lemony acidity.

I also liked the Mika Chardonnay 2021 from Samaria, took my interest. I very rarely buy Chardonnay, but I did purchase a bottle of Mika’s wine. Unfortunately, it was only a single barrel, so if you want a bottle, good luck with that! Maybe get in early next vintage. It had a green apple aroma, was lean in body but had a spine of minerality that I found very attractive.

My next favorite was the Mika Rose 2021, made from Grenache from the Golan. It is a beautiful onion skin pink, with almost fresh, crunchy fruit of strawberry and raspberry, as well as a crisp business like flavor. Quite enticing! We also tasted a Petit Verdot, aged in old, used oak barrels. It was full flavored, but with an inner elegance. Looking forward to it, when it comes of age.

MIKA RAN MANDEL does it all at her winery, including pouring wine for visitors. (credit: MIKA WINERY)

Mika is quiet, polite and even diffident in manner, but inside she has a strip of steel. She knows exactly what she wants, is very goal oriented and nothing will stop here making wines she wants to make. It is rare to write about a winery only six months after their first harvest, but there is always a first time. She is engaged in every aspect of the winery, from the planting of the vine to meeting customers and everything in between. She explains: “Wine connects my greatest loves: land, family, hard work, people, especially women.” She built a family, a farm, a home and now is the time for the winery.

We then drove north to Sha’al Moshav to meet the other winery that is all the rage. This is Tel Winery, owned by Lital Ovadia. In fact, her winery preceded Mika’s. She established it at the foot of Tel Shifon, in 2019 and in the shadow of the snow covered Mount Hermon. I first met her sitting on a barrel in a laid back manner, as she explained the wine making process at Pelter Winery. She was winemaker at the winery, but in a small winery, everyone does everything, including taking tours.

TEL WINERY’S Lital is never happier than being with her vines. (credit: TEL WINERY)

She was introduced to agriculture and the region while being at Merom Golan and this led to work in the vineyards. Then she met Tal Pelter, whose winery was near the beginning of its way. She worked there for 10 years, learning and growing with the winery. She became an integral part of the winery and a factor in its success. One interesting project she had was setting up the Israeli owned Etel Winery in Northern Cyprus (the Turkish part). I visited there recently. It certainly is a beautiful estate.

AFTER 15 years’ experience in wine, she started her own winery as part of a project encouraging agricultural entrepreneurs on the Golan. She had found time to get a degree and then studied oenology in Australia, fitting in her practical work with academic studies a whole world away. She is clearly a force of nature, a human dynamo, determined and driven. Yet, you meet her and she is very relaxed, confident, friendly and comfortable in her skin. She gives out waves of energy, charm and modesty but is totally focused.

She founded her winery on a few principles. She is a one woman winery. She is the winery and has a hand in every activity from the vine to the glass. She only uses fruit from the Northern Golan from 750 m. to 1150 m. altitude. She refers to cool climate wines on the label and it is true. These are arguably the coolest vineyards in Israel. She only produces varietal wines and has the attitude of a vigneron, making wine in the vineyard. She feels that the character of a wine in a bottle is determined by what decisions are taken in the vineyard and loves the idea of being wholly responsible and involved in production from A to Z.

The logo on the label is an indigenous flower that appears briefly, only in the winter–early spring period in the Golan. Its individuality, uniqueness and persistence reminds me a little of Lital. In an endearing style, she also hand writes the details of the wines on the back label. It emphasizes both the artisan approach and the feeling that each wine is a personal expression. Here, I again loved the Tel Chardonnay 2021. She describes it as being part new world, part old world. I thought it was modern in style, but steely and it had an oh so delicate citrusy, apple aroma with the hint of oak in the far background. It was a beautiful wine, with a delicate complexity. The Tel Riesling 2021 had that wild flower aroma combined with firm acidity. It was great, but would have been even better to bottle age it. I am still drinking some of Carmel’s Kayoumi Vineyard Riesling from 10-15 years ago and they are amazing. This is a variety that likes time to contemplate in the bottle, before releasing its more mature flavors, later on. Buy a bottle and see if you can resist opening it. If you can’t, don’t worry, it will still sing, but will just be fresher and more fragrant.

Some of her wines have a wax closure. An example was the Tel Cabernet Franc 2020. The vineyard was closer to home at 750 m. elevation. This was like a perfume capsule of bell pepper, herbaceous flavors and crushed green peppers. It was a stunningly flavorful wine which despite its aromatics, still had everything (beginning-middle-end) all in place. It was the only red I tasted. The rest were sold out, but from that brief taste, what extraordinary promise exudes for the future!

I did manage to get my hands on a rare Grenache 2020, with details handwritten on the glass bottle. Lital, who gets up at the crack of dawn to be with her vines, finds the time to write these just before the visitors center opens. Each label is slightly different and she estimates the number of bottles she will sell that day. Such is the obsession of the perfectionist, when blended with the artist and artisan.

Her wines are individual expressions of a person, a place and a grape variety. They are made with creativeness, and with new world and old world techniques. The wines show good typicity of the varieties, but above the terroir is allowed to speak.

The Mika and Tel wineries greatly enrich the Israeli wine scene. Mika and Lital are impressive role models, though in honesty the fact they are women is not the issue. They are very good winemakers, driven by quality and individuality, and I for one will be monitoring their progress with great interest.

The writer is a wine industry insider turned wine writer, who has advanced Israeli wines for 35 years. He is referred to as the English voice of Israeli wine. www.adammontefiore.com 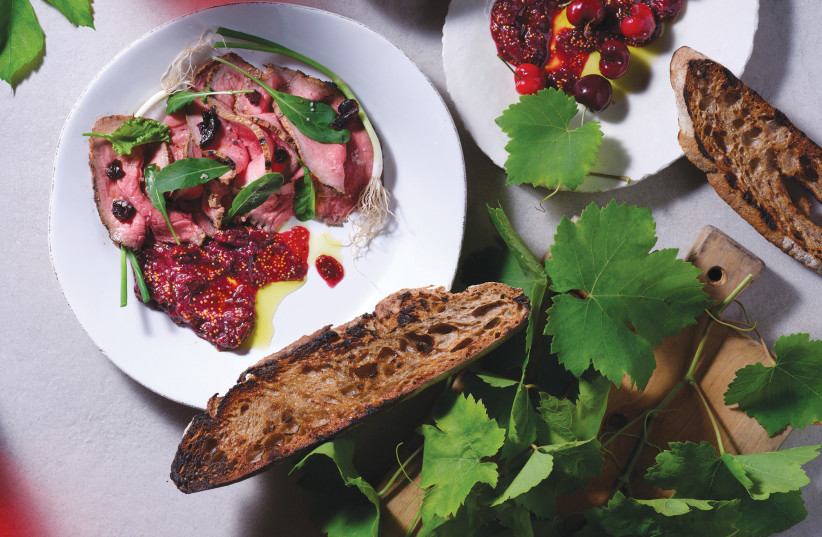 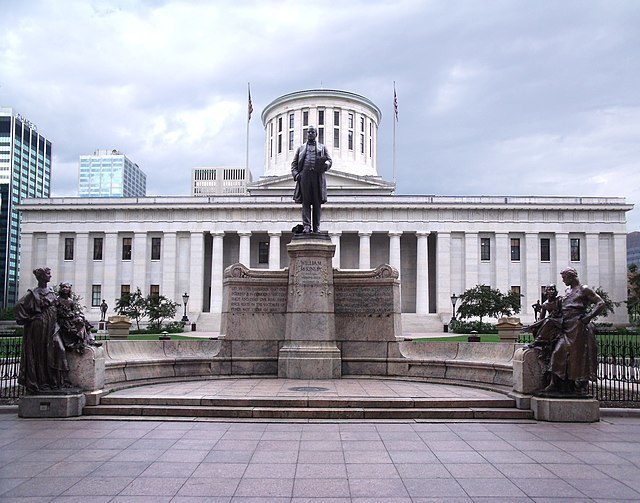