“In Kazakhstan, all denominations can freely follow their religion,” said Yerzhan Nukezhanov, chairman of the Central Asian nation’s committee for religious affairs, “and we will continue to create all necessary conditions for religious freedom.”

Speaking at the 2021 International Religious Freedom (IRF) Summit in Washington, DC, Nukezhanov signed a memorandum of understanding with Wade Kusack, head of the Love Your Neighbor Community. It sets a three-year roadmap that will train local imams, priests, and pastors in dialogue, culminating in the establishment of religious freedom roundtables in nine Kazakh cities.

“It is a front door approach in openness and transparency with the government,” Kusack told CT. “Mutual trust is built one relationship at a time.”

An ethnic Belarusian, Kusack is also the senior fellow for Central Asia at the Institute for Global Engagement (IGE), the American NGO which helped shepherd Uzbekistan’s efforts to improve its IRF standing. In 2018, top Uzbek officials pledged reforms at the first Ministerial to Advance Religious Freedom, convened by the US State Department.

Later that year, the State Department removed Uzbekistan from its list of Countries of Particular Concern (CPC) for the first time since 2005. Downgraded to Special Watch List status, by 2020 the nation had made enough progress to be delisted altogether.

Recent developments in Kazakhstan were hailed as a “proof of concept” for the engagement model of IRF advocacy. Not listed as a CPC by the State Department, the nation has been recommended for watchlist status by the US Commission on International Religious Freedom (USCIRF) since 2013.

Nukezhanov noted 2018 as the year his committee established a religious freedom working group specifically to demonstrate openness to American concerns. That same year, Nikolay Popov was fined $600 for sharing his christian faith—without a license.

Popov, part of the Council of Baptist Churches in Kazakhstan’s Karaganda region, also failed to secure government approval of the religious literature he distributed. The administrative court of Balkhash, 380 miles southeast of the capital city Nur-Sultan (formerly Astana until 2019), found him guilty of “illegal missionary activity.”

Kazakhstan’s 1995 constitution establishes a secular state that guarantees freedom of religion and belief. This includes the right to propagate one’s religion. A 2011 law, however, added restrictions that in practice privileged the “traditional” religions of Kazakhstan—Sunni Islam and Russian Orthodoxy—while requiring all faiths to register and operate according to a set of bureaucratically tedious restrictions.

The overall climate has led the Baptist churches to refuse registration in principle.

Elijah Brown, general secretary of the Baptist World Alliance, called the new MOU a “historic moment,” hoping it will proceed to address the registrations, restrictions, and fines that leave Baptists and other religious minorities in Kazakhstan vulnerable to violations.

“The commitment of the Kazakhstan government to establish religious freedom roundtables is an important and significant step,” he said. “It is now essential that these roundtables intentionally include representatives of all faith traditions.”

Because Baptists are not the only ones experiencing difficulty. In 2017, 20 Muslims were taken to court and fined for saying aloud the word Amen during prayers at their mosque. The action—allegedly associated with Islamic extremism—violates the code of the Association of Muslims of Kazakhstan. All mosques must register with the association, which appoints their local imams.

Now, faith leaders will be meeting together.

“Where there is no equal and open dialogue, stereotypical thinking can lead to a violation of citizens’ rights to freedom of religion,” said Alexander Klyushev, chairman of the Association of Religious Communities of Kazakhstan, a grouping of evangelical churches. “Most often this affects the rights of religious minorities, or religious communities that are seen as a potential fifth column in the country.”

Klyushev was part of the early working group that interacted with Kazakh officials and American sponsors. In November 2019, the Kazakh ambassador to the US and the Ministry of Information and Social Development, which oversees religious affairs, held the first Religious Freedom Roundtable in Shymkent, the nation’s third largest city. Four gatherings have now been held in total, in four different cities.

Since then, Kazakhstan has dropped plans to amend the 2011 law to further strengthen control of the state. And USCIRF has noted positively that the number of administrative prosecutions for religious offenses has continued to decline, falling from 284 in 2017 down to 160 in 2019.

And in 2020, Thomas Schirrmacher, now general secretary of the World Evangelical Alliance, met with Kazakhstan’s grand mufti and the president of its Catholic bishops conference.

“The government made a concerted effort to improve its record on religious freedom,” stated USCIRF in its latest report prior to this week’s IRF summit and MOU signing, “working to design and implement reforms in conversation with US counterparts.”

“While USCIRF is concerned by elements of current draft reforms, the commission is very encouraged by Kazakhstan’s willingness to engage in open dialogue and believes this will result in positive outcomes for religious freedom,” commissioner Nadine Maenza told CT after the MOU was signed.

“When no one gets in the way of religious practice, such people usually become the most positive and effective members of the local society,” he told CT. “They contribute to the development of charity, adhering to the values of service to one’s neighbor.”

But winning the right to do so takes time.

The roadmap calls for the multifaith religious leader retreat to take place next month, on August 15. And by February next year, participants will join law enforcement officials in a certificate course on religion and the rule of law, designed by Brigham Young University.

“This will make [officials] look more professional and win opportunities to communicate with the outside world,” he said. “Such certification can serve as a social elevator.”

Graduates will be invited to co-chair the nine city roundtables, expected to be established by the end of 2022.

Tomas Thomassov, pastor of the local religious association of Pentecostals called Joy Church, attended the earlier preliminary roundtable meetings and was encouraged. Officials promised to listen to and look into Pentecostal complaints.

“Dialogue took place between the religious organizations themselves, as well as with the state,” he said. “We felt a fresh breeze, and it gave us hope.”

“One harmful stereotype has already been abandoned in Kazakhstan—that the state should withdraw from the religious sphere. This would untie the hands of destructive religious organizations,” said Bishop Gennady of the Kaskelen diocese and manager of affairs for the Kazakh branch of the Russian Orthodox Church.

“But similar [in harm] is unjustifiably tight control,” he said. “The more the state cooperates with traditional faiths which have proved their peace position, the less extremists will have a breeding ground.”

Like elsewhere in Central Asia, fear of Islamic terrorism has led to state oversight of Muslim communities. But Kusack anticipates the non-registered Ahmadiyya sect of Islam will be included in the roadmap. While Wahhabi-influenced Muslims will not be included initially, he hopes that over time the nonviolent among them can be drawn in.

Despite the progress, what has yet to take place is widespread communication about these developments. At the time of the first working group roundtable meetings, only 12 out of 3,328 registered Kazakh media publications mentioned anything at all about religious freedom. 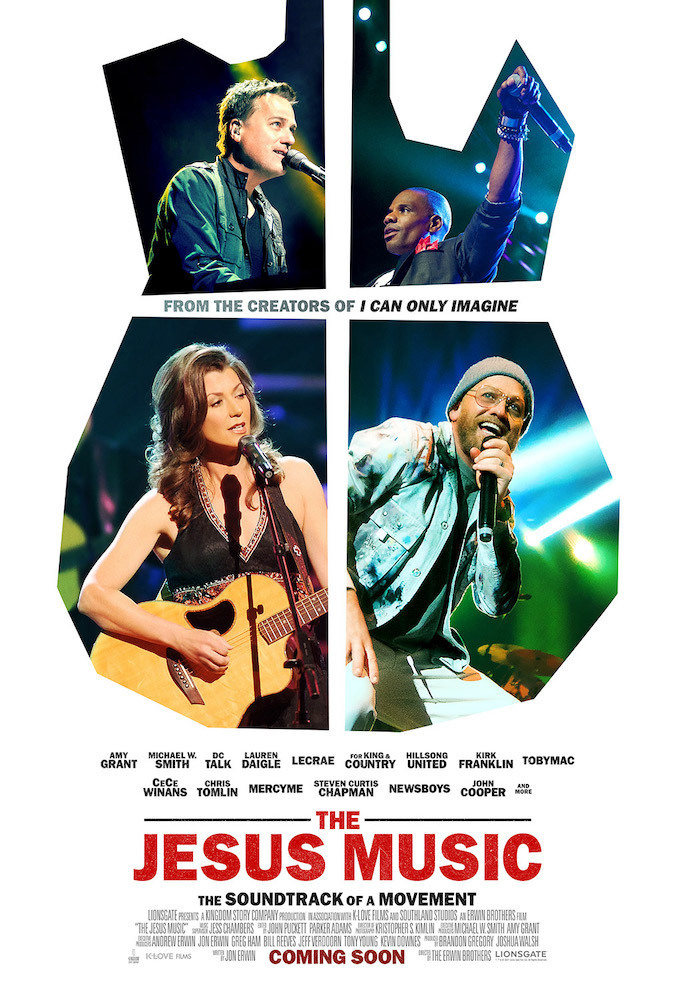 We Put Down Roots. Then Everything Around Us Shifted. 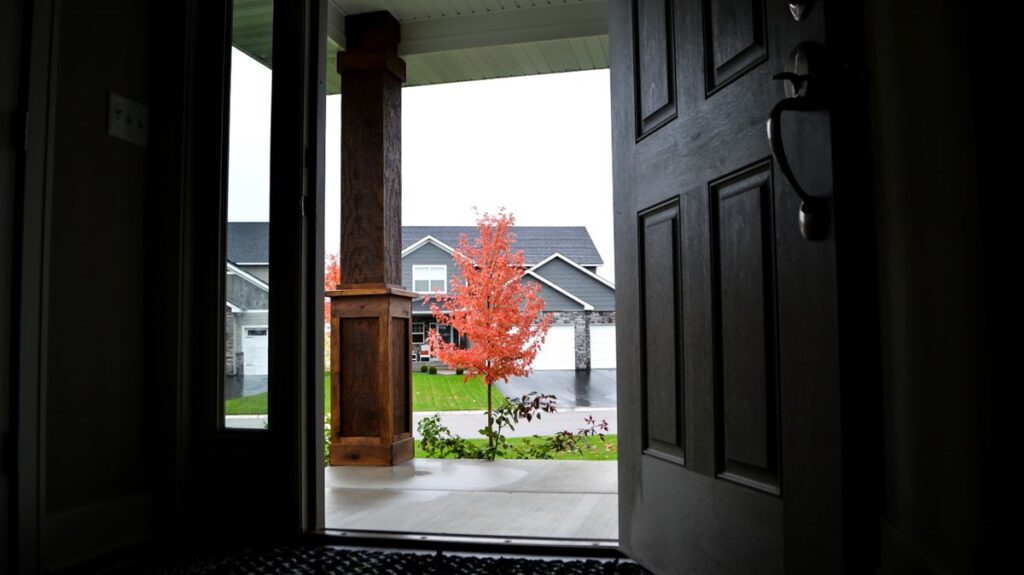