Why We Shouldn’t Practice Liturgy ‘A La Carte’

If you told an evangelical pastor in 2005 that the Book of Common Prayer might soon be trendier than church-lobby coffee shops, he would almost certainly have laughed.

It was not so long ago that countless evangelical churches abandoned the use of prayer books and traded their hymnals for high-resolution projectors. The use of the historical church calendar to order services became a rarity as most churches began to develop thematic sermon series or preach through the Bible one book at a time.

Liturgical prayer and call-and-response confession fell by the wayside, and even the names of churches changed in ways that distanced congregations from their denominational roots—as many a Hometown Baptist Church became a Wellspring christian Community.

In short, the rhythms, readings, patterns, and prayers of historical liturgies fell decidedly out of style.

Over the past several years, however, a new trend has begun to emerge. Anyone who spends time among Christians in their 20s or early 30s has likely noticed a major uptick in the use of the word liturgy, which has become commonplace in both corporate worship and private spiritual practice.

Even some nondenominational churches who sought to distance themselves from formal traditions a decade or so ago have begun consistently ending services with the Doxology or adopting the use of simple, longstanding call-and-response formulas like “This is the Word of the Lord. Thanks be to God.”

Many young Christians are encountering spiritual vitality and constancy where they would have least expected it, and there is much to celebrate in this retrieval of the beautiful prayers and practices of our forefathers in the faith.

This trend, however, is not without its drawbacks. As liturgy abstractly returns “in vogue,” young Christians have shown a concerning tendency to switch churches, denominations, or even traditions based on liturgical practice without much consideration for doctrine.

In many cases, young evangelicals with a Low Church background are flocking to congregations whose worship aesthetic feels more ancient or ordered—especially Anglican, Catholic, and Orthodox churches—either without realizing their confessional differences or, in some cases, simply ignoring them.

According to a study by Barna Group in 2018, while some millennial Christians feel that liturgical worship is outdated, “they are also more likely to be curious about it … [and] the most likely to make a shift from a non-liturgical church to a liturgical one.”

In the well-intended pursuit of a richer life of worship and sense of spiritual heritage, these “aesthetic converts,” we might call them, run the risk of separating the historical and doctrinal content of a church’s worship from its external and artistic expressions.

Of course, a church member doesn’t need to agree with every minor point of doctrine in the church’s statement of faith—and in many cases, an appreciation for liturgy is merely the first step in a thoughtful consideration of both the teaching and practices of a church or tradition.

Prominent New Testament scholar Michael Bird recounted his own journey to Anglicanism in similar terms. He said it was a deep appreciation for the Book of Common Prayer that first sparked his movement from Presbyterianism to the Anglican church.

There is nothing wrong with allowing the spiritual nourishment of historical liturgy to lead you into an earnest pursuit of God—when coupled with a diligent search for biblical truth. This pursuit may still lead you to a new tradition, or it could simply nudge you to dig deeper into the historical worship of your own tradition.

A Baptist, for example, can use and appreciate the Book of Common Prayer without converting to Anglicanism—especially if the finer points of Anglican teaching stand at odds with some of his other convictions. But perhaps his appreciation of their historical tradition might lead him to dig into Baptist history and find exemplars within that stream.

For instance, Rodney Kennedy and Derek Hatch’s book Gathering Together makes the case that Baptists can and should explore both the legacy of their own tradition and the contributions of others to address what they call “the relative dearth of resources for Baptists in the United States related to the practice of worship.”

Alternatively, a lifelong Pentecostal may be drawn by the sense of tradition and ancient continuity in the Eastern Orthodox church. She might explore its teachings—in all their worshipful and doctrinal depth—and ultimately choose to become Orthodox on this basis.

Winfield Bevins has argued in his book Ever Ancient, Ever New: The Allure of Liturgy for a New Generation that such wholehearted and thoughtful migrations paint a hopeful counternarrative to the usual trend of young people simply leaving the church behind.

But what ought to be avoided, I believe, is migrating from one tradition to another exclusively because of its external forms, without consideration for the heart of its doctrine. The aesthetics of worship, for instance, are a good and vital thing—but they should not be exalted above the substance of that worship, nor should they obscure it.

If the trendiness of liturgy can separate worship practices from their undergirding theology, there is a very real risk that we will cheapen liturgy and weaken its spiritual usefulness. The historical Protestant suspicion of liturgy, for all its negative side effects, has well-intended roots in its response to the spiritually dead, ritualistic religiosity prevalent in the Middle Ages.

Even the modern Catholic church acknowledges this danger. In 2019, Pope Francis warned a group of cardinals about the dangers of “do-it-yourself” liturgy, calling liturgy “a living treasure that cannot be reduced to tastes, recipes and currents … not ‘the field of do-it-yourself,’ but the epiphany of ecclesial communion.”

When personal liturgical practice is not joined to holistic discipleship and consistent engagement with an authentic community of other serious Christ followers, it can quickly become little more than a form of habitual self-medication.

Liturgy à la carte may offer a sense of consistency in a chaotic world—and perhaps be mildly beneficial from a mental health standpoint—but as a way of truly “practicing the presence of God,” it soon loses its usefulness and becomes sadly watered down.

Let me make a couple of brief clarifications before offering some potential solutions.

First, this should not be construed as any sort of defensive posture against churches with more liturgical forms of worship. The heart of the issue is not intra-christian “conversion” but the danger of divorcing doctrine from devotional rituals. Church leaders on both sides of the liturgical divide—in other words, the churches losing members and the ones gaining members—should be equally cautious about this trend.

Second, to caution against separating liturgy from its substance is by no means to suggest that congregational expressions, liturgical or otherwise, are merely an aesthetic covering for propositional theology. On the contrary, it is precisely because authentic prayer and worship practices are so central to christian faith that we must preserve the unity and integrity of liturgy and theology.

In fact, when properly understood and practiced, liturgy is a kind of theology—insofar as it is an exercise of true worship and communion with God. This unity must be defended against the accidental erosion that occurs when well-intended exploratory worshipers neglect to think through the meaning and significance of certain prayers or practices.

With this concern in mind, where should we go from here?

I believe we should aim to reunify rich, rhythmic liturgy with the depth of biblical truth and theological reflection that inspired it. The Book of Common Prayer is powerful and beautiful precisely because it is so carefully founded on the words of Scripture and the theological convictions of English Reformers like Thomas Cranmer.

Today’s revival of liturgical worship—which is in many ways a rediscovery of spiritual practices of worship across church history—should be accompanied by our rediscovery of the rich doctrinal and theological history of the respective denominations and traditions out of which these practices arose.

In his book Theological Retrieval for Evangelicals, historical theologian and Baptist pastor Gavin Ortlund contends that “we can and should strengthen the vitality of evangelical Protestantism by thinking about our historical identity with greater scrutiny and self-awareness and doing theology with more self-conscious engagement with the classical creeds, confessions, and theological texts of the church.”

To this end, I issue an exhortation to churches and Christians to dig into your heritage! Whether you are Presbyterian or Pentecostal, Orthodox or Methodist, your church is rooted in a tradition of faithful believ 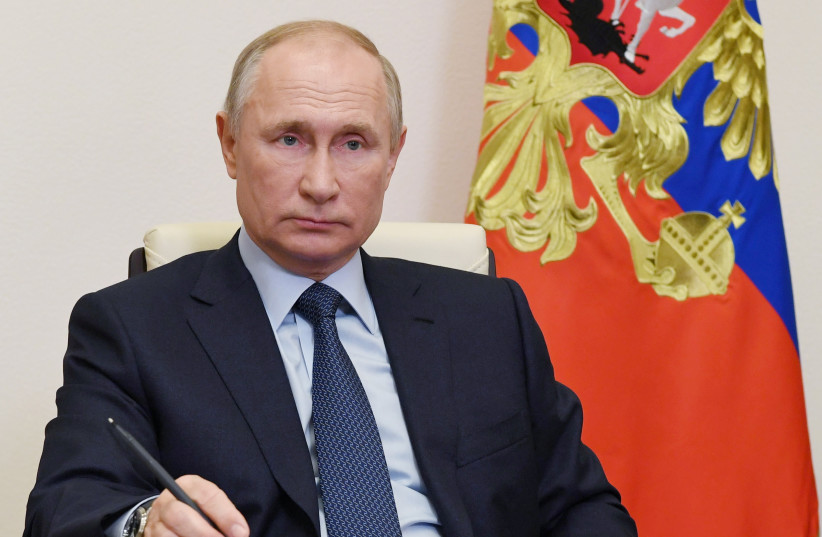 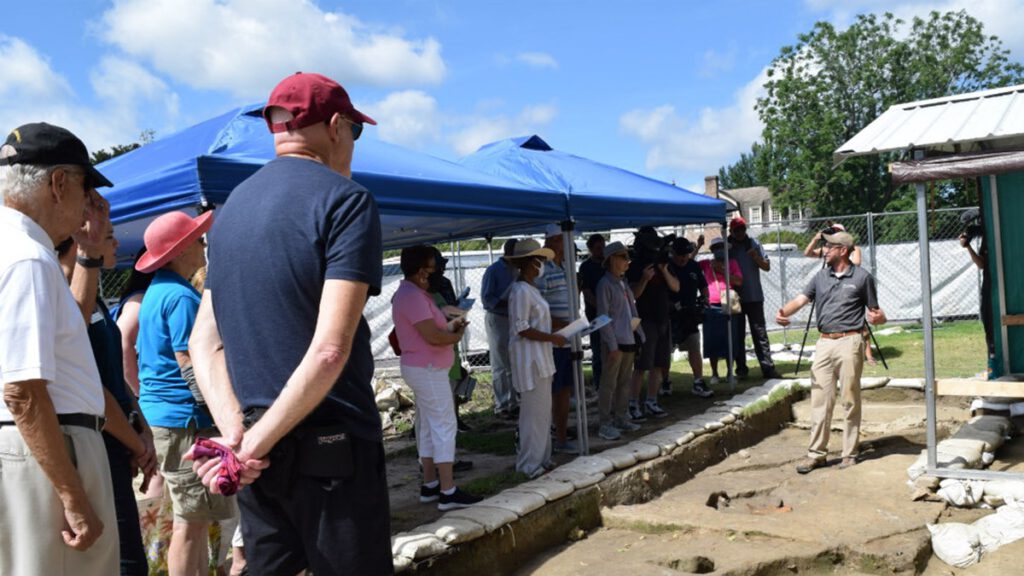