Why the Mars Hill Podcast Kept You Waiting

Last week, CT’s director of podcasts Mike Cosper posted the much-anticipated final episode of The Rise and Fall of Mars Hill. CT editor Stefani McDade sat down with him to talk about the stress and joy of unexpected interviews, how exvangelicals and other groups responded to the series, and what listeners can expect from bonus episodes and future projects.

How do you feel about the overall reception of the podcast and its wide audience?

If you had asked me, “Who’s gonna listen to the podcast?” I would have said, “I think pastors and church leaders, Gen X men, aged 35 to 50, who were part of this phenomenon.” And then, you know, some broader interests beyond that. The fact that it’s had millions of downloads is not something we would have imagined at all from the beginning. I mean, we were back in the top 10 in Apple podcasts yesterday, you know?

You had some significant delays in production. Tell us about that.

With this influx of unexpected interviews and conversations, we decided to just roll with moving forward. By the end of July, we were like, “This is going to be a problem.” It took this storyline that was kind of a straight line and just kept expanding it and opening it up—“Let’s follow this thread, let’s follow this thread.” And then, you know, there were a couple of stories that just came at the last minute, stories that we really wanted to have. We thought, “This is worth pressing pause. This is important.”

What do you think made all these people change their minds and decide to talk to you at the last second, especially with the final episode?

We said this in the podcast, but one person we did connect with kind of late in the process was Lindsay, who was on the final episode. And her motivation was very much, “I know I’m not alone. I know I’m not the only one who experienced something like this.” Someone who’s been through an experience like that—domestic violence and church hurt and everything else—it’s like, man, that’s hard stuff. And so to have the courage to come forward took a lot.

Some very different groups of people—exvangelicals and others—have engaged with the podcast series. Did anything in particular surprise you?

A lot of people who’ve made those journeys have been through something similar to Mars Hill. The Josh Harris episode was controversial for a variety of reasons. We didn’t push back real hard on the deconstruction stuff in the episode itself. But I think some of the pushback in that episode is stuff that needs to be an ongoing conversation, even while we talk about the dark nights of the soul. We ended the episode by saying, “Hey, we still believe Jesus is at work in these lives. We believe he’s at work in Josh’s life.”

The reaction to that was kind of funny. I said to a friend of mine, it’s like we need to have a headline tomorrow morning on the front page of CT that says, “Breaking news, Christianity Today is still christian.”

I think the other piece of this that’s interesting to me is that there’s a whole lot of folks that wanted us to conclude that the problem itself is Reformed theology, complementarianism, and evangelicalism as a whole. I see comments on social media saying things like, “CT got so close to saying it, but they’re just afraid of saying the final thing.” I understand that. Particularly for somebody who’s come out of a complementarian context where they’ve been hurt.

Have you received any hate mail from angry listeners?

Yeah, I’ve received a few responses. There’s a handful of commenters who see the whole thing as a gossip fest. And again, I understand the impulse to frame it that way. We could have made it a lot gossipier than we did. The real hate mail, interestingly enough, has come from really strong theological conservatives who think this is an attack on Reformed theology and complementarianism. Which it’s not. The other hate we get—hardcore criticism—is from progressives who say it’s not enough.

I’ve seen some comments saying, “Okay, now that The Rise and Fall of Mars Hill is done, when are we going to talk about all the other pastors of that era who were wannabe Mark Driscolls?”

It’s one of the reasons why we wanted to talk about it, right? Here’s the guy who in many ways sort of pioneered the social marketability of a pastor. There is a very American, very performative thing that comes together in this story. You have these themes: It’s the American West, it’s Seattle, it’s California, it’s entrepreneurship, it’s celebrity. It’s all of those things. Some of that is very attractive in the church-planting world.

One of the things that didn’t make the final cut was this really interesting conversation I had with Collin Hansen. When he was coming out of divinity school with his MDiv, he was like, “If you were a real man, you were going to go to plant a church.” In 2007, 2008, 2009, that was it—that was what brave souls went and did. And why was that? Because of Mark Driscoll and Darrin Patrick, and these other iconic guys at the time who were doing really interesting, groundbreaking work.

So yeah, I think there were a lot of imitators. And I think there’s been a lot of fallout. I could easily name a dozen pastors who were made in that mold and who’ve had similar arcs with being disciplined by their churches and run out of their churches.

In light of all the craziness and the dark places this podcast has taken you, what kept you encouraged throughout the process?

That’s a great question. There are a few answers to it. One is that for so much of the process, you’re just living on the adrenaline of, “Okay, another day; no, 12 hours; no, another 14 hours.” Whatever it was, you stay in it. The second is that I remember hearing radio producer Ira Glass years ago talking about immersing yourself in a story like this and saying, “You know you’ve gotten to a really interesting place in the story when you can look around and say, ‘Oh, my goodness, I love these people.’”

There was this interesting dynamic where it almost felt like some of these people were truly on this journey with me. We were touching base every few days—“Hey, I remembered this, I thought about this, go talk to this person, here’s some background.”

And then Erik Petrik, the executive producer—I can’t say enough about him. The support he gave and the time he gave, when he and I were sitting on the phone together at twelve-thirty or one o’clock in the morning, working things out, trying to get things cranked through. That sense of solidarity, that sense of community, got me through. At no point did I feel like I was alone in all of this. There were definitely people around me. But it was like nothing I’ve ever experienced before.

If you could go back and do it all over again, would you do anything differently?

There are decisions that we made as storytellers that were intentionally trying to provoke and get people to ask hard questions. Some of that provocation, I don’t know that it landed quite the way we wanted it to land. But I don’t know if I’d do it differently.

The decision we made at the end of the day was to let the character speak, let the stories tell themselves, and let the audience wrestle with the story. And then in the bonus material, to kind of come back and say, “Okay, what can the church learn from that?” So I don’t know, I think I’d like to see a reaction to that, right? Did that work? Did that provoke the right stuff? I hope it does.

This is one of the challenges with christian storytelling. You look at christian movies and books and things like that. They often resolve in ways that are trying to tell the audience exactly what to think. And I wanted to resist that impulse a little bit. I wanted to provoke. I wanted to leave these things a little more tense.

And at some point, I need to relisten to it. That’s one of the things that’s been funniest. I’ve been very hesitant to even relisten as we go, because by the time an episode goes out, I’ve heard every piece of it a thousand times. So it would be very strange.

What are you most proud of?

Well, I’ll put it this way. I think the thing that mattered to me the most—more than pleasing the crowd or anything else—was asking, “Did the people from Mars Hill who were willing to share their st 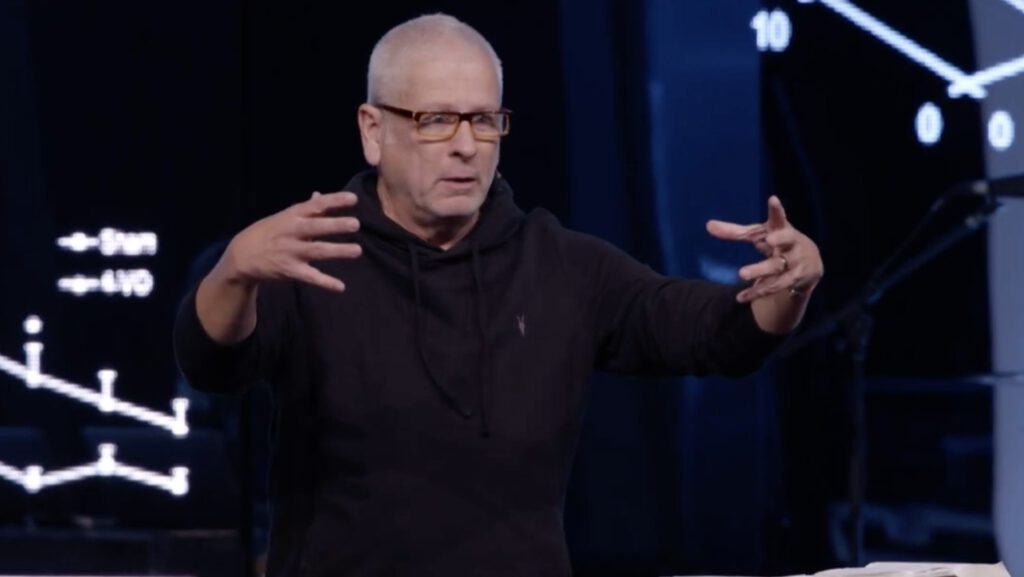 Most Americans, and Many Christians, Don’t Believe the Son of God Existed Before the Manger 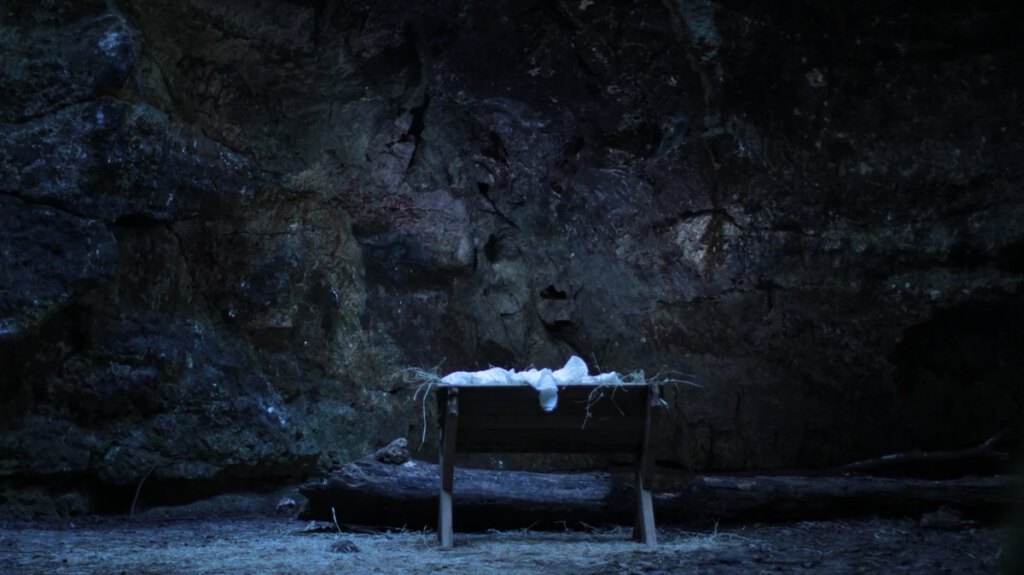