Why is science the only factor driving COVID-19 national, social and ecclesiastical policies

We live in an age where science has provided a lot of benefits for humanity. When we think about it, few of us would rather live in a 15th century royal court than our modern world of health, nutrition and technology.

Over the centuries, life has improved, not just for the cultural elites, but for everyone. Western society has been profoundly affected by the progress. Globally, other cultures are seeing similar gains even if they lag the West in the standard of living. Many cultures, such as those of certain East Asian countries, have achieved a standard of living that is the envy of much of the globe. Consequently, the global community is increasingly looking to science to solve problems. Given the success of science and technology, this is understandable.

However, for the christian, what we know about the created world comes to us from two sources, one source is the study of nature itself (Natural Revelation) and the other is Scripture (Special Revelation). Biblical definitions make all the difference in our approach to nature. For example, we Christians believe a rational God created the world in a way that image-bearing humans can make sense of.

Yet, the definitions concerning what is true, beautiful, virtuous, and right are not determined for us by science, but rather by what the Scripture informs us. As a case in point, good science was key in developing a vaccine for COVID-19. However, science is less helpful in our decisions regarding who is to get the vaccine first. Christians are faced with the tension of balancing what we have discovered about the natural world and how to apply it when we are faced with biblical definitions.

A model put forth by Westminster Theological Seminary professor Vern Poythress is helpful in balancing the tensions. In his book, Redeeming Science, he makes the case that God’s spoken word is responsible for the creation of the natural world (His creative word runs swiftly, Psalms 147). His spoken word is also responsible for Scripture (God spoke all these words, Genesis 20).

Christians are challenged to wisely balance what we have discovered about the natural world with what we know to be true from biblical definitions. As science has continued to be successful, it is tempting to allow that scientific commentary to arbitrate over the truthfulness of the definitions we see in Scripture.

For example, there are a good number of Christians in science who favor the position that the story of Adam’s and Eve’s creation and fall into sin is a figurative allegory of human condition. Why? Because the fossil record and genetic science have revealed that there is no scientific evidence for a historic first couple. As a result, some are claiming that biblical commentaries must recast the biblical genealogies and Paul’s comments on the first Adam and the last Adam (Romans 5:12-17, 1 Corinthians 15:20-22). For these people, science has trumped biblical definition.

Similarly, some Christians in the modern environmental movement have come to the position that the term “dominion” is no longer a helpful term as a principle guiding human response to the environment. This is the position of some authors in Beyond Stewardship: New Approaches to Creation Care (Calvin Press, 2019). Granted, there has been much human abuse of the environment due to a misapplication of the term. However, discarding the term is not helpful at all when it is part of the biblical definition of who humans are.

Science also weighs in on the matter of the immaterial human soul. Flatline and you are dead. Consciousness is gone. Some Christians, called Monists, are convinced. However, Scripture is clear. God is not the God of the dead but of the living. To say otherwise, according to Christ, is quite wrong (Mark 12:26). Likewise, miracles, such as the resurrection from the dead, have no basis in science. However, biblical definition leaves no doubt about its truth.

Returning to the COVID-19 matter, where does this leave us? We are in an interesting spot to reflect as we hopefully approach the end of the COVID-19 crisis. It is true that the science behind COVID-19 has driven much of our national, social, and even ecclesiastical policies. And, as we consider the wake of these policies, it is evident that we may well have weighted the variable of COVID-19 science wrongly at times.

If biblical principles of care and compassion are considered, we can ask: Did we adequately protect the most vulnerable? Did we give appropriate freedom for those less at risk to make their own decisions about worship, continuing to work, or getting access to convalescing friends or relatives. Did we consider the impact of shutdowns on people’s mental health?

A lot has been written on this and hopefully we will have time to process it all before the next health crisis. However, when considering the equation of life, Christians are wise when we realize there are other variables in life’s equation in addition to science. Biblical definitions and variables must also be brought to bear along with the science.

Overall, it is a tough balancing act to get the variables right. In a world where science is so successful, it is tempting to forget the other variables and definitions. Hopefully, we will avoid that mistake.

Jan Dudt is a professor of biology at Grove City College and fellow for medical ethics with the Institute for Faith & Freedom. He teaches as part of college’s required core course Studies in Science, Faith and Technology wherein students, among other things, study all the major origins theories and are asked to measure them in the light of biblical authority.

Why every Christian must be involved in missionary work 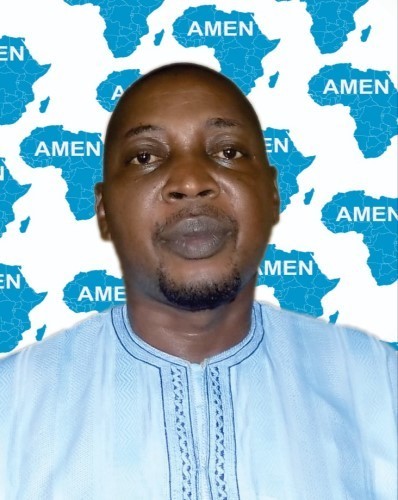