Last week, The New York Times ran a provocative piece stating that the new president of the Harvard Chaplains is an atheist. Greg Epstein was elected unanimously last spring by his fellow Harvard chaplains. I am one of the people who voted for him.

For seven years, I have worked at Harvard as an evangelical campus minister employed by InterVarsity christian Fellowship (IVCF). I believe the Bible is authoritative and entirely trustworthy as God’s Word. I believe that Jesus alone is the way of salvation, and that no one comes to the Father except through him. So why would I vote for an atheist to lead the Harvard Chaplains?

The answer lies in the unique, decentralized approach of the Harvard Chaplains and how that group of leaders from many faiths (or no faith) has opened doors for gospel-centered ministry on the campus of a prestigious Ivy League school. The real Harvard Chaplains group—not the one poorly represented in the media—tells a different and very significant story of how evangelicals can flourish in interfaith spaces without compromising faith, truth, or mission.

In response to The New York Times profile, many christian and conservative media outlets were quick to fuel the sense of aggrievement felt by religious people who are understandably trying to protect themselves against the rising tide of secularism. In so many words, they’re concerned that “even faith spaces will be ruled by secularists, should Harvard have its way.”

Had I not been in the room where it happened, I might have had a similar reaction to the news.

That room was of course a Zoom call. It took place in the spring. As a group of about 30, we voted on a slate of chaplains for next year’s executive board. I was voted in as chair of the membership committee, and Greg Epstein—Harvard’s humanist chaplain since 2005—was voted in as president. There was very little discussion, a unanimous vote, and a lot of thankfulness for the various chaplains willing to serve in various ways, including the rabbi we voted for the previous year, and the Lutheran minister before him, and the evangelical campus minister before her.

Some media outlets have called Epstein the “chief chaplain.” Others claim he “will oversee the activities of all religious communities on campus,” and still others say he’s now “directing the university’s more than 40 religious leaders.”

These reports fail to appropriately portray the nature of the role. Harvard has no “chief chaplain,” and the president of the Harvard Chaplains does not direct spiritual life on campus. We are a decentralized, nonhierarchical community of independent chaplaincies, with about 40 chaplains spanning roughly 25 denominations, organizations, traditions, and religions.

We are Harvard affiliates but generally not employees of Harvard. We do not report to any higher-ups on matters of faith or doctrine. We share a primary commitment to treat each other’s communities fairly and honestly and a secondary, broader commitment to the spiritual needs of the people of Harvard. We are a consensus-based community, and consensus is often easily reached because no one is expected to agree on matters of doctrine.

The president is chosen from among us, normally to serve two one-year terms. That person is primarily a servant of the chaplains—coordinating, convening, and leading our meetings, as well as serving as a conduit between us and the office of the president of Harvard University. They also occasionally represent us at events here or there.

Chaplain presidents are chosen not to reflect whose tradition is ascendant, nor as a reward to the most influential chaplain. They are not an indicator of a bold new vision for the Harvard Chaplains. They get selected because they are trusted and competent members of our group.

In this case, I voted for Greg because he’s well equipped for the role he was elected to, not for the role much of the media has imagined. But my reasons go even deeper: This community of interfaith chaplains has benefited the ministry and mission of its evangelical leaders, including me and the organization I represent.

Evangelicals have historically been wary of interfaith initiatives. At many points in my life, I have too. But over time I’ve learned to engage in these projects without compromising my deeply held, exclusivist convictions. As Bob Roberts, pastor and founder of the Multi-Faith Neighbors Network, explains,

Nostalgia for the past can play a part in people’s wariness. I certainly mourn the decline of christian identity wherever it is declining. But the church doesn’t gain anything when we pine for some misremembered, bygone era when Christianity was (almost) the only shop in town.

In Harvard’s particular case, if you go back just a few decades, evangelicals were largely excluded from religious life on campus. The group that preceded the Harvard Chaplains was restricted to mainline Protestant church ministers.

In that historical context, we evangelicals are beneficiaries of Harvard’s newfound desire for diverse religious representation.

However, the second cause for wariness carries some significant merit. Evangelicals rightly fear that interfaith spaces often come with a prerequisite for all participants to forsake any exclusive claims. We suspect that interfaith often means treating all religions as one, rather than talking and partnering across genuine (even tense) ideological differences.

When I arrived as a student at Harvard Divinity School (HDS), I harbored this fear. Some campus interfaith spaces had little room for people like me who held exclusive truth claims. But I was impressed when HDS invited Eboo Patel, founder of the Interfaith Youth Core, to speak, and even more impressed when he used his platform to bemoan the absence of evangelicals from interfaith spaces.

In his talk, he didn’t blame evangelicals for their intolerance but instead pointed the finger at interfaith spaces. In a related article for the Harvard Divinity Bulletin, he asked,

What is the purpose of interfaith work? Is it to bring together theological liberals and political progressives of various religions to share how their different faiths brought them to similar worldviews? … If this approach excludes, and potentially raises hostility toward, faith groups, then it ought to raise the question of just what it is we think we are doing in a movement called “interfaith.”

In my experience, I’ve seen interfaith spaces increasingly realize the limits of excluding people who hold exclusive claims. That approach ends up excluding most religious people. In response, a new approach is rising, and the Harvard Chaplains are part of that movement.

Our decentralized approach to interfaith work encourages authentic expressions of faith—not how a higher-education administrator or a chief chaplain envisions it, but how ministers and practitioners sent from churches and religious organizations live it. This commitment to genuine diversity makes space for evangelicals to flourish as trusted members of religious leadership at one of the world’s premier academic institutions.

In that vein, I am deeply thankful for the evangelical chaplains who have spent decades building friendships and partnerships and have fostered the trust that I now experience. I have many friends in campus ministry at other universities who are treated with much more suspicion, if not outright hostility.

My vote for Greg Epstein was motivated in part by my desire to build trust in an interfaith space where people hold sharply conflicting views and do not pretend otherwise. Without that trust, evangelicals would be relegated to the fringes. Instead, we are at the table, discussing truth in partnership with our fellow chaplains 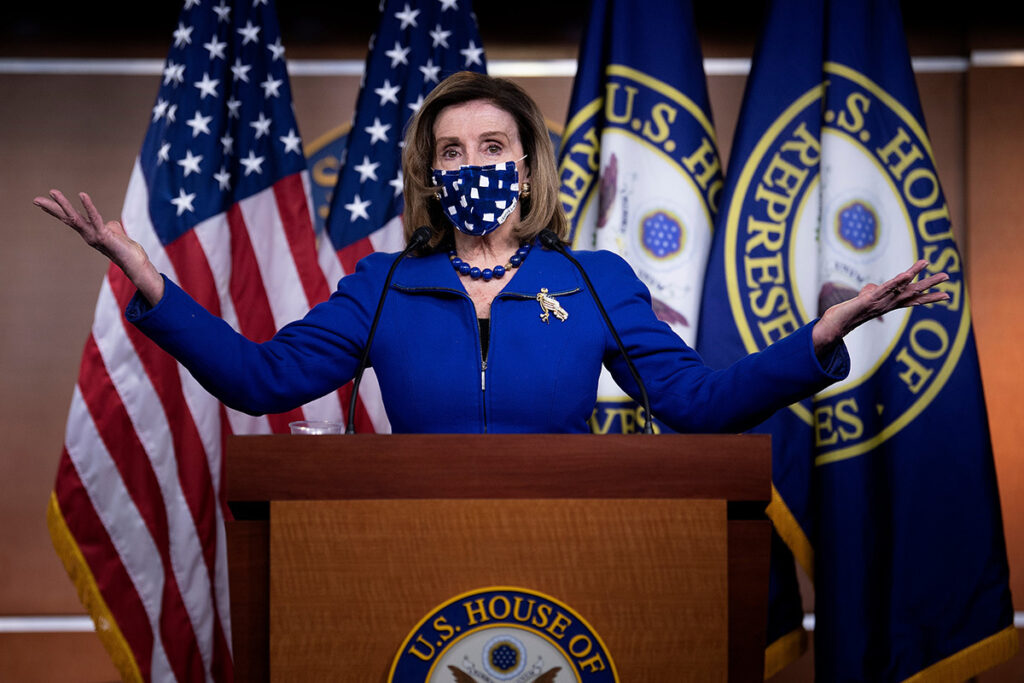 To Pray for Afghan Christians, I Look to China’s Church 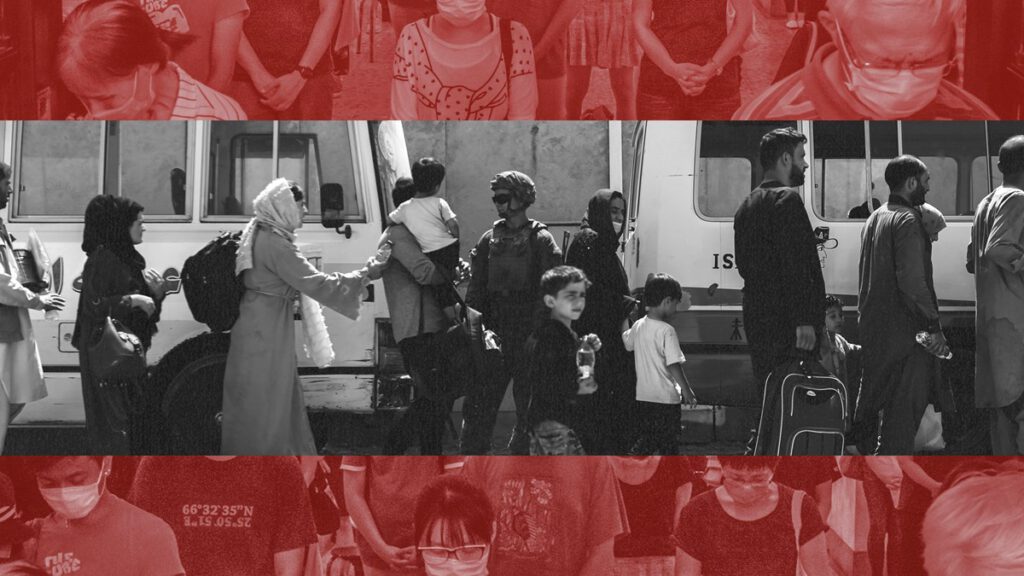