Why Bibi backed off on elections (apparently) – analysis

But apparently, not everything that looks and smells like an election is one, especially for Netanyahu, who likes to mislead his adversaries in politics and the press.

WITH HIS court case looming on charges of bribery, fraud and breach of trust, Prime Minister Benjamin Netanyahu is launching a last-ditch campaign against the levers of civil society, in particular the judiciary, the police and the role of the free press.

Prime Minister Benjamin Netanyahu went straight from visiting a Beit Shemesh cookie factory that had just returned its workers from unpaid leave to the Knesset plenum, where he started a fight with opposition leader Yair Lapid for the second week in a row on Wednesday.

It looked and smelled like Netanyahu was about to initiate an election.

But apparently, not everything that looks and smells like an election is one, especially for Netanyahu, who likes to mislead his adversaries in politics and the press.

Both Netanyahu and his associates made clear later Wednesday that he has made a firm decision not to seek elections. He instead sent his confidants to finalize a deal with Blue and White and end the political crisis.

As part of the deal, he is trying to get more power over key appointments, including the State Police inspector-general and state prosecutor, even though Attorney-General Avichai Mandelblit has ruled that he must keep his distance due to his criminal indictments.

Netanyahu making this demand, which could help himself, a priority over the one-year budget, which the coalition crisis was supposed to be about, raised questions about how much he really cares about those workers in Beit Shemesh.

The reason Netanyahu’s associates gave for not seeking an end to the crisis is that elections during the coronavirus crisis would be “dangerous” both to the public and to his campaign.

“He doesn’t want elections, though of course, he is always ready,” a source close to Netanyahu said. “It is obvious that an election now would be very bad for Blue and White, and we could take advantage of that, but it would not be good for us either.”

That answer was proven by the worst poll for Netanyahu in months, which was published in Thursday’s Maariv newspaper. The poll predicted only 27 seats for Likud, down from its current 36 and the 40 Netanyahu’s party received in polls shortly after the government was formed.

Lapid’s Yesh Atid-Telem rose to 20 seats for the first time and Naftali Bennett’s Yamina to 18 in the Panels Research, while Blue and White continued its nosedive to only nine mandates.

Another poll question set to be published Friday found that 91 percent of voters who cast ballots for Blue and White in the March election are unsatisfied with the government’s performance and 88% believe if Netanyahu sought an election, it would be for personal, not professional reasons.

While acknowledging the bad polls, Netanyahu’s associates said the election atmosphere had already helped yield accomplishments in negotiations with Blue and White that could help make it easier to govern and preempt future crises.

When asked about the impact of his agreement with the United Arab Emirates at a press conference on Thursday night, he said he did not have any political date in mind. But there is no doubt that the deal that upset his right-wing base did not make this the ideal time for elections. It is possible that the UAE deal could help Bennett’s Yamina party at the expense of Likud.

If no agreement is reached by the night between August 24 and 25, there will still be an election in November. That possibility still cannot be ruled out completely.

Regardless of when the next election will be held, one long-term goal that Netanyahu accomplished this week was building as his rival Lapid, who he sees as a weak opponent who can restore the bond between Likud and haredi (ultra-Orthodox) parties that had weakened due to their anger at the prime minister for seeking elections.

That strategy may be not be so wise for Netanyahu, because despite his weaknesses, Lapid is a much more seasoned politician than other recent rivals. In two weeks of fights in the Knesset, Lapid proved that he can hold his own against Netanyahu and communicate just as well. He has also resisted many opportunities to sacrifice his principles and probably would in the future, which could make Netanyahu regret helping Lapid’s party grow in stature.

While Netanyahu has brought up his own father and then Lapid’s in successive weeks, the opposition leader has resisted temptation to bring up Netanyahu’s wife Sara, who is seen as a very easy target.

She gave a rare interview to the Channel 12 station that her family despises on Wednesday in which she declared herself a “battered woman” and shared details of the police complaint she filed accusing protesters of harassment directed at her at demonstrations and on social media.

The interview may have been intended to play the victim card and gain mileage that could help her husband out politically.

Discrediting the protesters is a goal could help the Netanyahus, whether or not an election is around the corner.

What do North America Jewish organizations think of UAE-Israel deal? 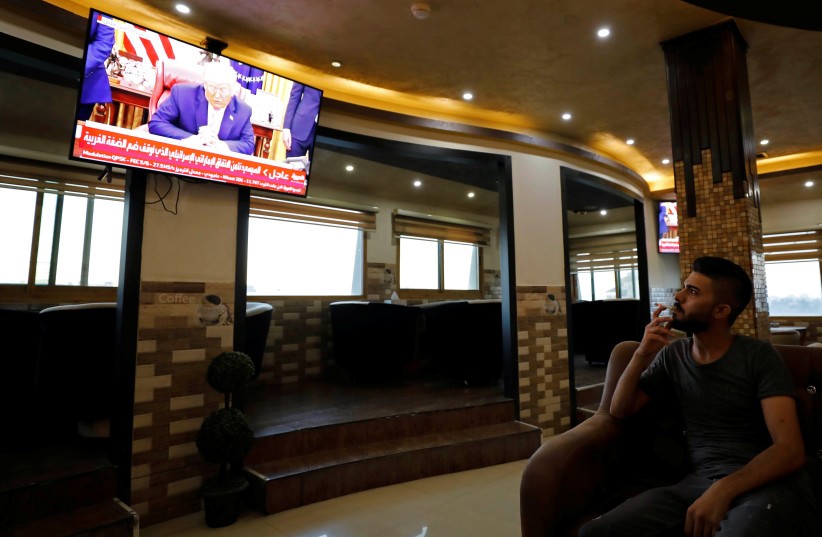 The Old Testament Tells All