Why Antony Blinken is a symbol of solidarity between US, Ukrainian Jews

In 1904, a 25-year-old Ukrainian Jew named Meir Blinken and his young family began settling into a new life in New York’s Lower East Side. Though they were far from home, they were by no means alone. In fact, they were just one of thousands of families who had arrived in America after fleeing Ukraine to escape antisemitic terror.

Across what was then the Russian Empire, a series of brutal pogroms were taking place. Thousands of Jews saw their businesses and homes destroyed. Thousands more were killed. The violence was so terrible that 105,000 Ukrainian Jews are thought to have entered the U.S. in 1904 alone.

This wave of mass migration marked a critical turning point in Ukrainian history. In 1900, one out of four Jews in the entire world was living in the territory of present-day Ukraine. More Jews lived in Ukraine at that time than in any other country. In the years that followed, however, a series of tragic events, which began with the pogroms, followed by the Holocaust and Soviet repression, caused the Jewish population to fall away drastically.

While Jews in Ukraine faced near-constant persecution, in the United States, where religious freedom was greater protected, many Jews began to thrive. Americans of Ukrainian Jewish descent include titans of 20th-century culture, such as Bob Dylan, Leonard Bernstein, and Steven Spielberg, as well as Ruth Bader Ginsberg, the first Jewish woman to sit on the Supreme Court and whose ground-breaking work in gender discrimination helped make U.S. society more equal.

As for Meir Blinken, his great-grandson has become a powerful diplomat passionate about promoting democracy, tolerance, and human rights in the world. I am, of course, referring to Antony Blinken, who was appointed Secretary of State by President Joe Biden in January.

Secretary Blinken has not forgotten his family’s history and the role America has played in supporting Jews across the globe in times of desperate need. Nowhere has this been shown more powerfully than when Blinken told the story of his stepfather – the notable Polish-born French American lawyer, Samuel Pisar – being liberated from the Holocaust.

“One day as they were hiding out, they heard this deep rumbling sound,” recounts Blinken, “and as my stepfather looked out, he saw a sight that he had never seen before — not the dreaded Iron Cross, not a swastika, but on a five-pointed white star on a tank. And, maybe in a foolhardy way, he rushed out toward it. He knew what it was. As he got to the tank, the hatch opened up, and a large African-American G.I. stared down at him. He got down on his knees, and he said the only three words that he knew in English, that his mother had taught him before the war: ‘God bless America.’ And at that point, the G.I. lifted him into the tank, into freedom, into America. That’s the story that I grew up with — about what our country is and what it represents, and what it means when the United States is engaged and leading.”

The new Secretary of State’s deep-felt respect for the values of liberty and religious freedom makes this a moment of great hope for the Ukrainian Jewish community. I have no doubt that Secretary Blinken, as well as the wider Biden administration, will engage closely and thoughtfully with Ukraine in these unprecedented and often difficult times.

It is also a reminder that now more than ever, we must all engage and lead in discussions of tolerance to ensure that Jews such as Blinken’s great-grandfather never again have to experience persecution and leave their homes behind.

Ukrainian Jews will never forget the immense support given by the U.S. and others, nor the fruitful relationships it has helped create with different communities and cultures. Now I am proud to say that the Ukrainian Jewish community is growing and thriving. Ukraine is seeing a true renaissance of Jewish life. We, too, are in a position to give back to the world.

To take just one example, last year, the Jewish Confederation of Ukraine hosted the second Kyiv Jewish Forum, an international online conference created to explore some of the most pressing questions facing world Jewry today. In partnership with the Jerusalem Post, we were able to bring thought-provoking discussions and inspiring speeches by global leaders to the homes of over 83,000 people worldwide.

In the spirit of resilience and debate, values at the core of our faith and traditions, the forum showed how Ukraine, in close partnership with friends old and new, has an important contribution to make in challenging rising anti-Semitism and discrimination.

The appointment of Antony Blinken as Secretary of State provides another reason to celebrate the long and enduring ties between the U.S. and Ukrainian Jewish communities. But more than that, it is an opportunity to fight for tolerance together. 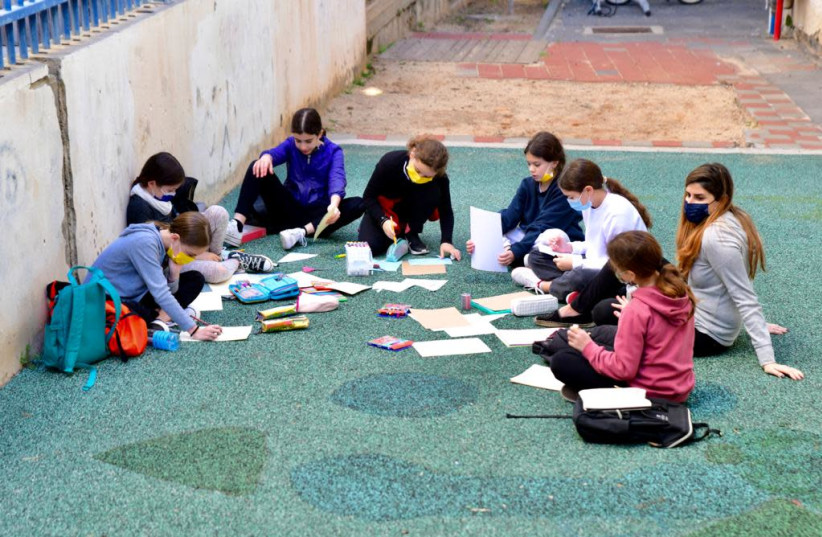