Who Pays the Price for Crisis Pregnancies?

Crisis pregnancies have profound human costs. There are life-changing consequences for women who find themselves pregnant with a child they did not anticipate and may not feel equipped to care for.

Roe v. Wade suggested one way to manage those costs. Dobbs v. Jackson Women’s Health Organization suggested another way. In the aftermath of the Dobbs decision, my Twitter feed has been filled with partisans on both sides of the abortion debate expressing either outrage or jubilation at this transfer of costs.

Opponents of abortion are delighted that, at least in many conservative states, the unborn child will no longer have to bear the cost of a crisis pregnancy. Defenders of a woman’s right to choose are outraged that women in these same states will now have to bear this cost to an even greater degree. Roe v. Wade was a landmark women’s rights decision, they believe, and now that it has been rescinded, they are outraged.

But perhaps neither Roe nor Dobbs represents a fully christian way to distribute the human costs associated with crisis pregnancies. And therein lies a dilemma for Christians who want to preserve human life and are unhappy with the results of Roe as well as the likely results of Dobbs.

The history of the pro-life movement sheds light on these perennial challenges. It also offers a rough guide for the future.

Roe v. Wade’s transfer of costs to the unborn

Roe v. Wade—which was widely supported by liberal Protestants, Jews, and secular Americans —was based on the premise that it was unjust and unconstitutional for the state to impose the costs of an unwanted pregnancy on the woman by forcing her to remain pregnant against her will.

But, of course, there was still a cost associated with every crisis pregnancy. Who would bear this cost? The answer, in the case of pregnancies that ended in abortion, was the fetus.

Roe included a lengthy explanation of why this transfer of cost was not a violation of the fetus’s rights since, as the Supreme Court’s decision declared, the pre-viable fetus was not a citizen with any constitutional rights. The pregnant woman, on the other hand, did have constitutional rights, and those rights included the right to terminate her pregnancy.

To pro-choice feminists, this transfer of cost from the woman to the fetus seemed perfectly just. If women were full human beings, pro-choice feminists asked, why should their rights be ignored in favor of the rights of a fetus, whose personhood (especially in the first trimester of pregnancy) was doubtful at best? To do so was a grave violation of women’s most basic rights, they thought.

The more advocates of reproductive rights championed a woman’s right to equality and bodily autonomy, the more they tended to minimize the life of the fetus. After all, if the fetus was going to have to bear most of the cost of the unwanted pregnancy by being denied a chance to live, discussions of that cost were profoundly uncomfortable.

They were much more comfortable talking about the rights of women. But when asked directly about the life of the fetus, abortion rights defenders in the 1970s tended to say the fetus was not a person and that, in any case, saving a potential child from being born into a situation where it was not wanted was actually an act of mercy.

In other words, they minimized the human cost that permissive abortion policies imposed on the fetus.

The pro-life movement was founded on the principle that the fetus was a full human person. If that was the case, it was profoundly immoral and unjust to force the fetus to bear the cost of an unwanted pregnancy by paying with its life.

In advocating for the rights of the fetus and the value of fetal life, the pro-life movement appealed to some of the same liberal human rights principles that the pro-choice movement did. But pro-lifers also faced an uncomfortable conflict with a principle that in the 1970s was becoming increasingly important to many liberals: women’s equality.

Pro-lifers who considered themselves feminists insisted that women’s equality was not at stake in the abortion debate. Many pro-lifers of the early 1970s believed the burdens of unwanted pregnancy could be mitigated with expanded prenatal and maternal health care access, along with government-funded childcare and improved adoption policies.

Pro-life activists at the time uniformly argued that women should never be punished for abortion, because they saw women who terminated their pregnancies not as aggressors but as victims of the abortion industry and the sexual revolution.

Abortion was emotionally and physically costly to women, they believed—far costlier, in fact, than pregnancy (even unwanted pregnancy). In making this claim, they directly disputed the claims of the reproductive rights movement.

But in their view, antiabortion activism protected the rights of both children and women. In the words of Jack Willke and his wife, Barbara—some of the most influential pro-life activists of the late 20th century—it was a way to “love them both.”

The pro-life vision of transferring the costs of crisis pregnancies to society rather than solely to individual women was stymied by the political alliances pro-lifers made with the Republican Party.

Many of the early pro-life activists were Democrats, but when the Democratic Party became increasingly committed to protecting abortion rights during the late 1970s and 1980s, they turned to the GOP. Yet the Republican Party, while becoming increasingly open to the idea of restricting abortion, was opposed to expansions in the social safety net that would have helped lower-income women care for their children.

Some pro-lifers of the mid-1970s, such as Sargent and Eunice Shriver, insisted that the best way to reduce abortion in the aftermath of Roe v. Wade was to offer economically disadvantaged women help to carry their pregnancies to term, so they would not be as likely to seek out abortion services.

But the mainstream pro-life movement, led by organizations such as the National Right to Life Committee, rejected this approach and instead focused their entire effort on securing legal restrictions on abortion, even if this required an alliance with a party that rejected the type of help for women that the Shrivers envisioned.

The politically liberal Catholics who led the pro-life movement in its early years did not foresee that their movement would be tied so closely to the politics of individualism, because their entire project was based on the premise of social responsibility for the less fortunate.

But the individualistic politics of modern American conservatism—which a majority of white evangelicals have endorsed, and which has very strong support in the South—resists this liberal social vision.

Modern American conservatism has also resisted the feminist movement’s interest in gender equality and social equity. As a result, the abortion opponents who are poised to implement new restrictions on abortion in the next few weeks or months are not particularly bothered by the idea that pregnant women will need to bear the costs of unwanted pregnancies.

Indeed, some self-styled “abortion abolitionists” are calling for women who get illegal abortions to be punished directly as murderers—an idea that the pro-life movement has opposed for the past half-century.

Dobbs will give a green light to this political mindset. But despite all the dire predictions that abortion rights proponents have made, the decision will ratify existing trends more than change them.

What the numbers say

For the past four decades—and especially the past ten years—abortions have become steadily more difficult to obtain in conservative states and more accessible (and publicly funded) in liberal regions.

Before Dobbs, for instance, a woman earning $17,000 a year who was 11 weeks pregnant in Los Angeles or New York could obtain a publicly funded abortion in her own city without any mandatory waiting period.

If the same woman were in San Antonio, by contrast, she would have had to drive 400 miles to Shreveport, Louisiana, wait 24 hours after an ultrasound at the clinic, go through an abortion counseling session, pay $500 in cash for the abortion (since there are no Medicaid subsidies for most abortions in either Texas or Louisiana), and then drive the 400 miles back to San Antonio.

Now, because of Dobbs, she’ll have to drive an extra 300 miles to get to Albuquerque instead of Shreveport, since the abortion clinics in Louisiana have just closed. That, of course, is an additional inconvenience—but probably not enough of a change to deter most of the women willing to drive to Shreveport from driving the additional miles to Albuquerque.

Thus, the overall effect of this new policy on the abortion rate will probably be very slight. Both before and after Dobbs, conservative states forced women facing crisis pregnancies to bear the cost of pregnancy terminations themselves. Dobbs has just made this more evident.

The politically progressive pro-life activists of the early 1970s would not have objected to making abortion more difficult to obtain. In fact, they would have wanted to go much further by including in the law a clear declaration of the high value of fetal life.

But if their statements about expanded social safety nets are any indication, they might have been dismayed to discover that the states now poised to outlaw abortion are also, in some cases, the states that offer the fewest health care benefits to low-income pregnant women.

Both Texas and Mississippi—like Alabama and several other conservative states—have refused a federal Medicaid expansion that would provide health care coverage to women whose income is up to 138 percent of the federal poverty level.

So, when a woman in Texas earning only $10 an hour gives birth, she’ll likely have to bear the financial and emotional cost of that decision herself; the state will not help her transfer that cost elsewhere.

The idea that women who are in the midst of difficult pregnancies are given no social assistance in choosing life for their children would have been deeply disappointing to many of the pro-life activists of a half-century ago.

How should a pro-life christian think about this?

For those like myself who believe that human life has great value from the moment of conception, Roe v. Wade’s attempt to transfer the cost of an unwanted pregnancy onto the fetus was clearly unjust. But the current legal framework, which will force the most economically vulnerable and marginalized women to pay these costs instead, does not accord well with the Bible’s hundreds of e 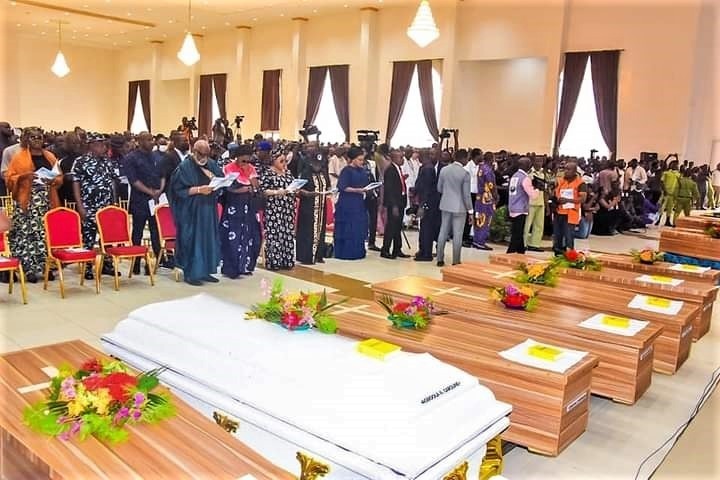 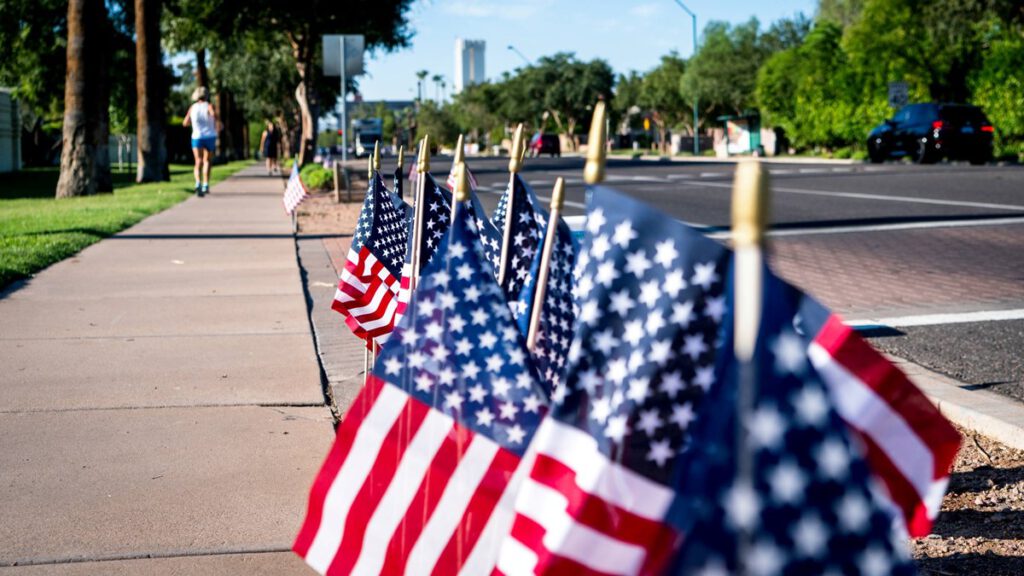