White Fragility: Refusing to Choose a Side

“Are you mixed?” This seemingly innocent question from a white elementary school classmate sat with me for a few minutes before I answered.

He asked so he could accurately “locate” me in the social construct that we have come to know as race.

I confused him. My eyes were hazel, and I was close to his color. Maybe I could pass as white and be his friend. He wanted me to choose a side.

Of this pressure to choose a side, Robin DiAngelo notes in her work White Fragility, “When…people’s racial identity is ambiguous, they will face constant pressure to explain themselves and ‘choose a side.’”

My response was all he needed. I hadn’t passed the test. The two of us couldn’t be friends. For some reason, in his experience, whiteness had been normalized. Blackness was a deviation.

While this singular incident seems isolated and disheartening, DiAngelo argues in White Fragility that racism is not a product of individual actions but a “complex interconnected system.” In her view, my classmate’s words that day weren’t just a heart issue, but a systemic issue.

Many other writers in this series have pointed out some problems with DiAngelo’s approach. And I applaud much of what they have written. I too believe that racism is heart issue and that the gospel is the ultimate hope for any sin-stained heart—including a heart stained by racism.

But I believe that men and women of faith who are serious about gospel work need to be interested in transforming hearts and systems. If we do not pursue both, then our work to transform the world around us is incomplete.

Like my elementary school classmate, we tend to like people to choose sides in today’s culture. But what if we didn’t have to? What if we believed that racism involves both the heart and systems? While I am critical of DiAngelo’s work, I do not think Christians should ignore it, as I found some value in reading it.

I want to offer three thoughts I find worthwhile for Christians. They include the historical reality of the pursuit of whiteness in America, the Black community’s work before critical race theory became an antithetical buzzword, and the need for us as believers to engage with and synthesize the secular conversations around us to provide a proper biblical approach.

The Pursuit of Whiteness

It is no stretch to say that, historically, pursuing the American dream has also meant pursuing whiteness. As DiAngelo notes, many immigrants learned early that it was better to be white in America, even if they shared socioeconomic disadvantages with Black and brown communities.

Unfortunately, the pursuit of whiteness is not just a historical fact. It is a contemporary reality. As a Black man who has worked in white evangelical spaces, I have found that in many instances, those who desire to hire for diversity create an environment where they hire for assimilation.

And it’s not intentional. We tend to normalize our experiences. And many leaders in evangelical spaces are white males. In some instances, the outcome of a genuine desire to increase diversity is an increase in white normativity.

It is a worthwhile endeavor to take a closer look at diversity initiatives in our contexts to determine whether we have created room for true diversity or made it an unspoken requirement for people of color to assimilate. We would do well to create environments where people of color aren’t expected to pursue whiteness but to embody their culture.

While many celebrate DiAngelo for pointing out white fragility in recent years, the Black community looks on quizzically. The irony of a white woman writing a New York Times Best Seller on a subject that many in the Black community have discussed openly for decades is not lost on me.

As DiAngelo rightly points out, Black authors, scholars and thought leaders have discussed white fragility in their writing ad nauseam. And it’s not just the oft-quoted critical race theory “warriors” many evangelicals tend to hone in on. Those critics include the likes of W.E.B. Du Bois, James Baldwin, and Richard Wright, all of whom have pointed to the problem with centering whiteness in our country and its systemic outcomes.

This is both disheartening and encouraging. Disheartening because Black voices are historically ignored when writing on subjects that make whites in majority culture uncomfortable. Encouraging because it points to the need for white allies for our country to make any progress in addressing the racism so firmly entrenched in our society.

I can’t emphasize the importance of white allies enough. True white allyship, however, requires acknowledgement of some of the characteristics of white fragility that DiAngelo discusses in her book. And I’m not so sure some are willing to recognize the latter in order to truly pursue the former.

One of the many critiques I have heard about DiAngelo’s work that she is a trained sociologist who uses Critical Race Theory to make her case for White fragility. Because the text isn’t “biblical,” some Christians have dismissed its value in helping work through race as it pertains to the christian context. This is an unfortunate approach to critical thinking and engagement.

One of the biggest problems facing our culture today is the homogenous think tanks we have created to affirm our prejudices. Those who are monolithic readers are also monolithic thinkers.

Christians are not exempt from this phenomenon. The syllabi and required readings at many of our U.S. seminaries read like a “who’s who” of white, male, christian thinkers. Those seminary graduates go on to pastor church and lead christian organizations. In pastoring those churches and leading those organizations, social justice becomes an ideology to fight against rather than placing it in its proper biblical framework. All because we refuse to read texts to help us better understand subject matter outside the purview of our go-to scholarship.

The same Christians who dismiss DiAngelo’s work as secular and unhelpful to the christian context, often also see the value and beauty of God’s common grace—grace he extends to all, christian and non-christian—to express truth, regardless of the topic.

It is hard to reconcile dismissing a secular book like White Fragility for not looking at race through a biblical lens, while celebrating other secular work we find as part of our normal non-fiction reading lists. If we refuse to read widely, then we may find ourselves thinking too narrowly—missing out on any value that secular works bring. Even if we wind up not agreeing with the author’s conclusions, it helps us understand the premise and argument of the work and assists in having informed discussions about it rather than misplaced assumptions.

If we cannot synthesize the secular things around us, then we ignore our responsibility to live in this world as a witness to it. Christians need to use the same biblical lens they use to filter other secular works through on works that might challenge our presuppositions. Refusing to do so, continues to cultivate a culture where we ask men and women questions that force them to choose a side.

I agree with my fellow contributor Danny Slavich. When it comes to this work, we are to chew the meat and spit out the bones. But as my mother used to tell us growing up, “Make sure you get all the meat off those bones.”

Can ‘Abraham’ Bring Peace to the Middle East? When Is It a Sin to Vote for a Political Candidate? 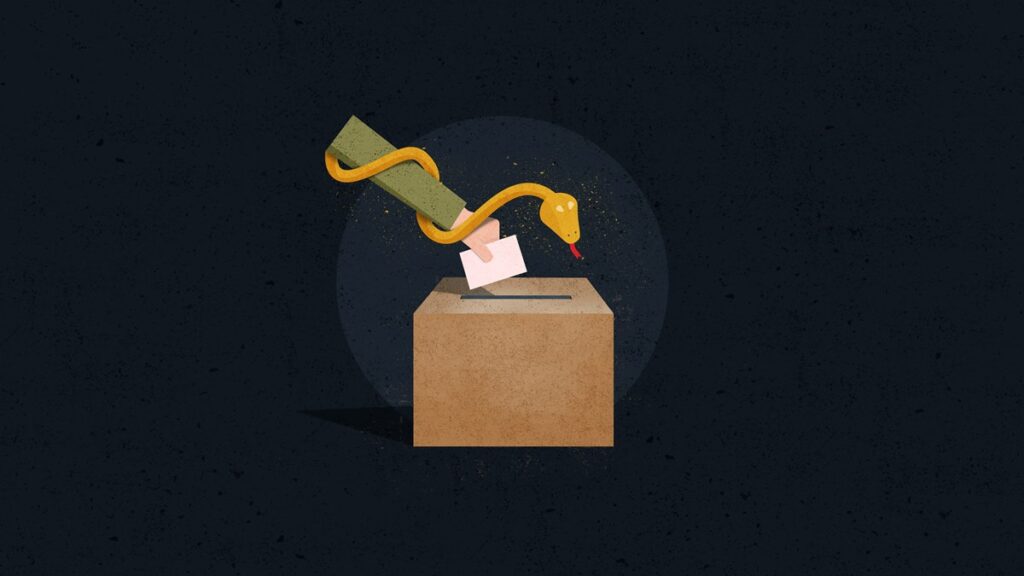