The overturning of Roe v. Wade has brought new attention to a small but growing group of pro-life Christians who identify as “abortion abolitionists.”

This vocal minority rejects incremental steps toward outlawing abortion and reserves strong criticism for those who accept anything other than a federal ban equipped with criminal penalties for all involved.

“The very foundation of the gospel is the law of God,” said Tom Ascol, the president of Founders Ministries, in a recent documentary from abolitionist group End Abortion Now. “God defines what’s sin: You shall not murder. And that’s true from the moment of conception until the natural ending of life.”

Ascol is also a pastor who ran for president of the Southern Baptist Convention (SBC) in June. For two years in a row, abolitionists like Ascol spoke up at the SBC’s annual meeting to push the denomination to take an abolitionist stance.

In 2021, they proposed a rigid resolution for “immediate abolition of abortion without exception or compromise.” It passed only when amended to allow for an “incremental approach,” the opposite of what they wanted. This year’s proposal was not brought for a vote, though several pastors criticized the SBC’s Ethics and Religious Liberty (ERLC) Commission’s campaign to make abortion not just illegal but “unthinkable.”

The move to entirely abolish abortion, rather than cut back or adjust laws to restrict the procedure, is inspired by slavery abolitionists like William Wilberforce, who was monumental in ending Britain’s participation in the slave trade in 1807. As a whole, many pro-lifers (not just abolitionists) view abortion as parallel to slavery, in that it treats a particular kind of human being as less than human and undeserving of human rights.

The pro-life movement has long contained differing strategies and approaches to the common goal of ending abortion. Before this year’s Dobbs decision, some pro-lifers pushed to prioritize the kinds of state bans not at risk of being shot down by the Court under Roe v. Wade, others wanted to see more restrictive but legally risky “heartbeat bans” move forward on principle, and an abolitionist minority considered more “incrementalist” moves—anything short of an outright ban—as immoral compromise.

Without Roe limiting the states, abolitionists have become more outspoken and strident. Christians in the pro-life movement also want to see abortion eliminated but are largely in favor of the intermediary legal steps.

“We believe that if full abolition of abortion is possible, then ‘incrementalist’ and ‘abolition’ mean the exact same thing,” said Emily Albrecht, a speaker with the Equal Rights Institute (ERI).

She noted that abolitionists seek laws that would “cause society to backtrack because they will easily turn into injunctions … and go to the Supreme Court.” (Already, abortion bans in several states have been temporarily blocked by lawsuits.)

Most pro-life Christians also want to address the societal factors that lead to abortion and care for women as the “second victims” when they choose to abort. Abolitionists, however, are more likely to see them as perpetrators, along with the abortionists who perform the procedures. Some abolitionists also reject humane exceptions, like abortion permitted to save the mother’s life.

“Many women who have abortions are pressured to abort by abusive partners, by family members, or through dire economic circumstances,” said Chelsey Youman, senior legislative director for the Human Coalition, a national pro-life organization. “These women need care, compassion, and support, not punishment.”

The abortion industry, which disproportionately impacts vulnerable demographics (Black women, for example, abort at four times the rate of white women), is the target of pro-lifers’ ire.

“They should be held to account for taking advantage of vulnerable women, as well as abusive partners who push them to abort,” said Youman.

SBC leaders made it clear at this year’s meeting that they do not support criminal penalties against women. “You are not going to get me to say I want to throw mothers behind bars,” said Brent Leatherwood, acting president of ERLC.

Leatherwood’s comments align with the dominant narrative of the pro-life movement, which has always been compassion and care for pre- and post-abortive women. Abortion abolitionists, however, say this position is “heretical,” “not christian,” and that incremental attempts to eliminate abortion are “unbiblical.”

“It’s not a personal feeling; it’s a moral absolute,” said Dave Arcudi, a self-identified abortion abolitionist from South Dakota, in an interview with Christianity Today. “We are not making religious decisions but [scientific ones].”

Some, like Arcudi, aren’t part of a specific abolitionist organization but prefer the terminology in positioning themselves in the fight against abortion. Arcudi also noted that he holds abortionists, not women, criminally responsible for pregnancy termination.

Gregory Diacogiannis, a 38-year-old from Idaho, said he shifted from self-identifying as “pro-life” to “abortion abolitionist” because the former phrasing was too passive. “We should stop using euphemisms and be forthright with what our goals are,” Diacogiannis told CT. “The complete and total end to abortion. Period.”

Though he is an abolitionist, Diacogiannis said he doesn’t hold to the view that women should be charged with a crime either. Many in the movement do support holding women responsible in the name of “equal justice,” however.

Equal justice is a prevailing phrase in the movement, a call to provide consistent application of the christian belief that every human being bears God’s image and deserves legal protection. That’s what Alan Maricle, a representative of the group Abolish Human Abortion, said he stands for in holding women accountable.

Maricle told CT that mothers shouldn’t be treated as “helpless, innocent victims.” Rather, they must take responsibility for their actions. Maricle viewed the Supreme Court’s overturning of Roe v. Wade not as victory but as “an ongoing demonstration of tyranny and wickedness,” given they didn’t abolish abortion completely.

“They should have said abortion is murder and nobody is allowed to murder anyone according to the Constitution and the law of God,” he said. “Instead, they say states can decide if they want to allow murder within their borders.”

Pro-life representatives are quick to push back against the abortion abolition narrative. National Right to Life, one the nation’s largest pro-life organizations, published a public letter signed by over 70 pro-life allies in May declaring that “criminalizing women is antithetical” to the pro-life charge and that women are victims of “a callous industry created to take lives”—an industry that also denies abortion’s devastating physical and psychological consequences for women.

It’s important to note that prior to 1973’s Roe, state laws did not criminalize women who had abortions. Juries of that time considered them “victims” and sought only to punish abortion providers, so the view of abortive mothers as criminals is rather new.

And though the country has seen more than 63 million abortions since Roe, both grassroots and political pro-life activists have helped lower the annual rate nearly every year since the early 1980s through incrementalist laws and tactics.

The SBC’s decision not to allow the abolition resolution to the floor this year shows their resistance, which is important given their massive influence as the largest non-Catholic denomination in the country. Prominent SBC pastor and professor Denny Burk urged Christians away from abolitionists, noting the group’s statement that positions contrary to their own are a “compromise with evil.”

“The ultimate goal is the abolition of abortion,” Burk and seven other academics wrote in a joint essay 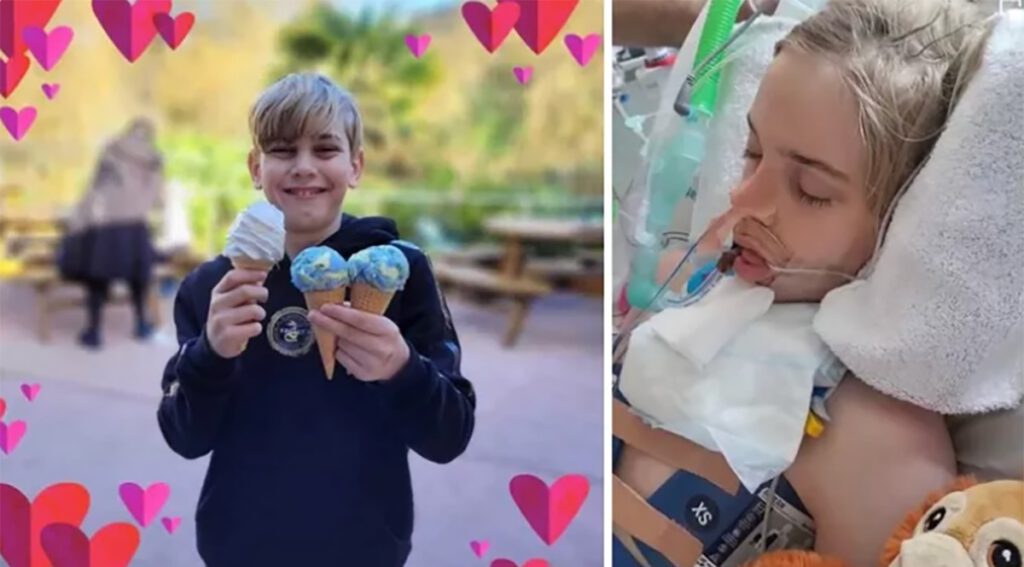 Ron Sider Was the Real Deal 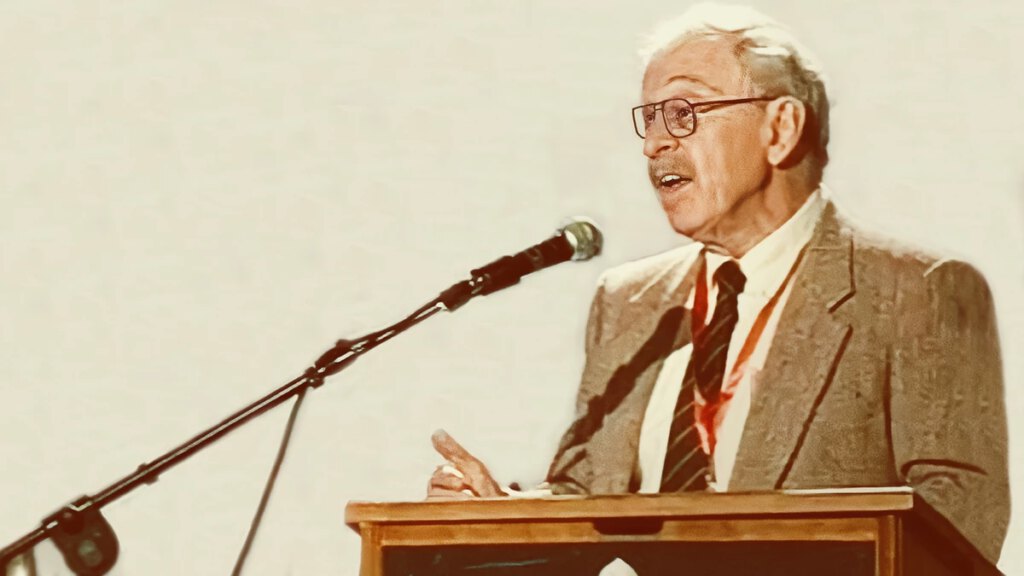