Waitress who prayed for miracle donates $777 tip to her church

Written by The Ministry of Jesus Christ on June 8, 2022

A New Orleans waitress who received a $777 tip from a customer shortly after praying to God to help her church repair their broken air conditioning system has donated the entire amount to her congregation.

“This is not my money,” Ava Guan, the 45-year-old devout christian waitress at HoShun Restaurant on St. Charles Avenue, told Fox 8 Live. “The gentleman [who gave the tip] is the angel for me.”

Guan, who has lived in the New Orleans area for 30 years, attends Olive C. Church in Metairie. Before she went to work at her night shift at Hoshun Restaurant on Saturday, she spent time praying at her church that God would send them the help they needed to repair the building and the air conditioning system. She also donated $300 from her personal funds to the cause.

She recalled telling her generous tipper to enjoy his food. The customer tipped her $777 on a $63 bill. In addition to the tip, the bill had a message urging her to “take the night off.”

“He gave me the big tips. I don’t know why. It’s so crazy. A surprise for me,” Guan told Fox 8. Still, she humbly received it as a blessing from God, suggesting that He “gave me the gift.”

Remarking that “everybody needs an angel,” Guan cited the unexpected act of generosity as evidence that “God listens and will help you.”

NOLA.com identified the tipper who became the answer to Guan’s prayer as 31-year-old businessman Abdul Hamideh, a franchise owner of IHOP and Popeyes. Hamideh told the publication that he had opened a new IHOP location in Thibodaux earlier that day. He maintained that he chose to tip $777 because it has been a rather lucky number for him, and he was thankful for the new restaurant.

“I had something good happen to me in this world,” he said. “I wanted to pay it forward.”

Hamideh maintained that he only went to Hoshun Restaurant because it wasn’t far from his home and he likes sampling menus. When he was at the restaurant, he ordered a number of dishes. While Guan at one point thought he had bought too much food, he assured her that he would take whatever he did not finish home with him.

Upon learning that Guan had donated her tip to her church, Hamideh vowed to make sure that the air-conditioning system was repaired. Alex Yang, a leader of the church of 14, expressed gratitude for Hamideh’s act of kindness, agreeing with Guan that the generous tip constituted an act of divine intervention.

“This is what they call God doing miracles,” Yang asserted in a statement to NOLA.com. “We think God has sent this gentleman to tell her that Christ is here and in control.”

Half of Americans Rule Out Pentecostal Churches 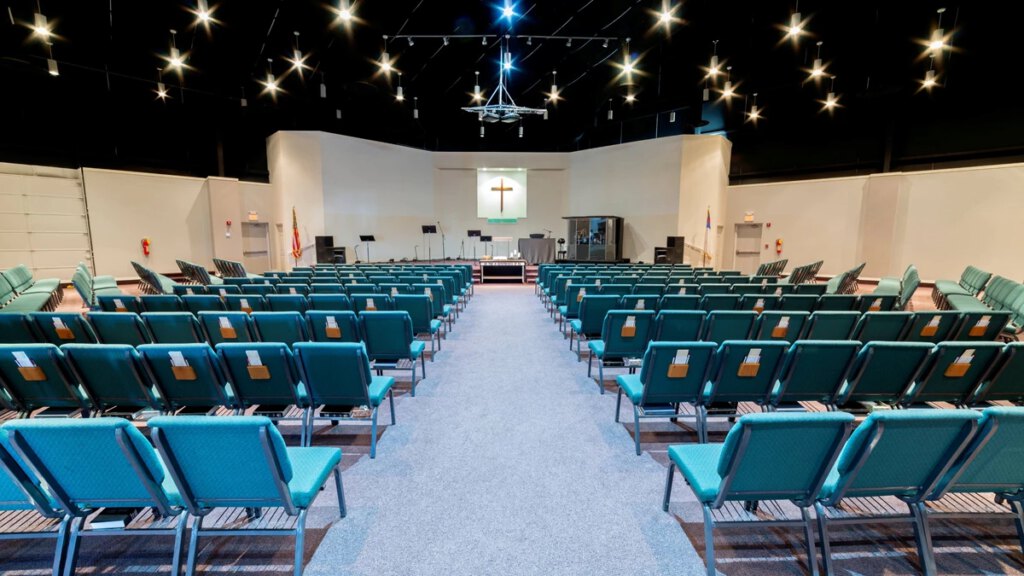