Viability Is No Way to Judge a Human Life

This week, the United States Supreme Court will hear arguments about the state of Mississippi’s abortion law. Yet both sides know what’s really at stake: At question is not only whether the Constitution guarantees a right to abortion but also whether the state’s interest in protecting fetal life is determined by the child’s ability to live outside the womb.

This is the moment not just for the Court but for all of us to see that viability is no way to judge the worth of a human life.

In Planned Parenthood v. Casey, the Court kept the core of Roe v. Wade. However, to determine the state’s interest in protecting fetal life, the Court replaced the arbitrary measure of trimesters with a “viability” standard—a scientifically determined idea of whether a child could survive outside the womb.

This idea has led to decades of political and legal debate, but it’s also a cultural issue. Is it right to determine rights and personhood based on such a standard? And how does that affect the way we view human life inside and outside the womb?

In defense of the pro-life position, New York Times columnist Ross Douthat summarizes a key pro-choice assumption enshrined in our law for almost 50 years: that “personhood is often associated with some property that’s acquired well after conception: cognition, reason, self-awareness, the capacity to survive outside the womb.” But this logic cannot be sustained with consistency.

“If full personhood is somehow rooted in reasoning capacity or self-consciousness, then all manner of adult human beings lack it or lose it at some point or another in their lives,” says Douthat. “If the capacity for survival and self-direction is essential, then every infant would lack personhood—to say nothing of the premature babies who are unviable without extreme medical interventions but regarded, rightly, as no less human for all that.”

Douthat’s point is not that pro-choice Americans want to wipe out NICU units and assisted living homes. His point is that they don’t—so the denial of personhood to fetal life cannot be justified even on the terms with which pro-choice people already agree.

In a constitutional rather than biblical context, the viability standard essentially asks the question some of us may pose to justify our own apathy to human suffering: “Who is my neighbor?” (Luke 10:29). The “surviveability” model responds with an appeal to power. The unborn child is unprotected because the unborn child is vulnerable. And yet, in almost every other sense, we seem to recognize that vulnerability calls for more protection, not less.

As Americans, we have an interest in making sure that our country lives up to the promises of the Declaration of Independence and the recognition of “unalienable rights.” We also have an interest in ensuring that the Constitution is not treated as an arbitrarily malleable document, especially when it is interpreted to prohibit even the most basic protections from violence for vulnerable women and their children.

Roe and Casey should be tossed aside forever—and with them the viability standard.

Ironically, the most lampooned statement in Casey makes this same point. In what Justice Antonin Scalia derided as the “sweet-mystery-of-life passage,” Justice Anthony Kennedy wrote, “At the heart of liberty is the right to define one’s own concept of existence, of meaning, of the universe, and of the mystery of human life.”

As Walker Percy wrote in The Message in the Bottle, this mystery includes “the need of recovering oneself as neither angel nor organism but as a wayfaring creature somewhere between.” That mystery—sparking the awe that almost every parent experiences when seeing their baby by sonogram or welcoming that baby into the cold, noisy outside world—means that human life cannot be reduced to an object of statistical knowledge. It cannot consist of weighing someone’s independence before deeming them worthy to be called a “person.”

As Christians, we have an even more compelling reason to reject viability as a standard of human worth. It contradicts everything we—both believers and unbelievers—know to be true: Every human baby is born defenseless and dependent. No infant can survive on his or her own. Indeed, none of us can. We are dependent at every moment on the environment around us, even to breathe.

While many of us would love to know everything the resurrected Christ taught his disciples in the 40 days between his resurrection and ascension, we do know that he addressed this very point. To Simon Peter, Jesus said, “Very truly I t 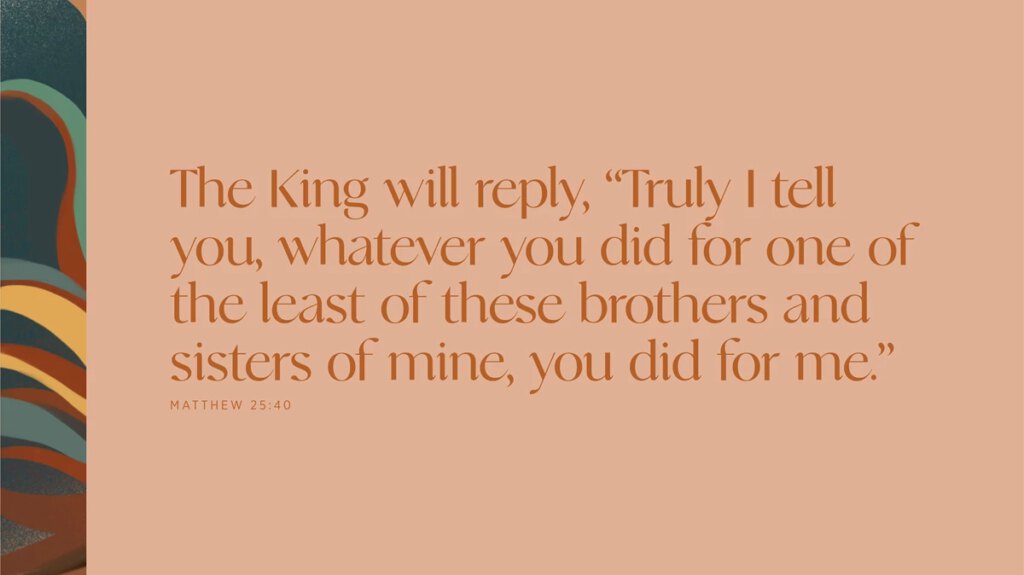