US condemns drone attack on Erbil in Kurdistan region, Iraq

The US Consulate in Erbil slammed a drone attack on the city that took place Saturday morning. The consulate said the “attack represents a clear violation of Iraq’s sovereignty.” No US or US-led Coalition troops or property of the coalition was attacked during this incident.

The attack took place the same day that pro-Iranian militias, called Popular Mobilization Units, held a parade showing off their weapons in Baghdad, including drones. Drones have increasingly been used by Iranian-backed groups to attack US facilities in Iraq, including several attacks on Erbil near the airport, and threats to Al-Asad base and US facilities in Baghdad near the airport and embassy. This is an emerging regional threat and CENTCOM head General Kenneth McKenzie has warned Congress about the threat over the last year.

What is known about Saturday’s incident is that it occurred in the early morning. According to Col. Wayne Marotto, director of public affairs and spokesperson of Combined Joint Task Force-Operation Inherent Resolve (CJTF-OIR), “from open sources, I was informed that a probable drone hit a private residential house. There were no attacks at ISF facilities were US/Coalition troops are co-located in Erbil. No group has claimed responsibility for this attack.”

He noted that “as I have said time and again; Each attack against the Government of Iraq, Kurdistan Region of Iraq and the Coalition undermines the authority of Iraqi institutions, the rule of law and Iraqi National sovereignty. The Coalition’s goal is to set conditions for security & stability to allow the economy to prosper. Outlaw militia groups and/or Daesh don’t want security and stability – they want aggrieved people for their poisonous ideology to resonate.”

Usually Iran-backed militias use the cover of night to attack and carry out attacks closer to midnight. Drones have been used to target the Kurdistan region in the past because the region is autonomous and has its own security it is harder for pro-Iran groups to strike US forces who are protected at the airport. Erbil International Airport is an important and modern airport. Last year pro-Iran groups used rockets to target an area near the airport and earlier this year in February rockets again were fired at Erbil and the airport.

In April a drone struck a secret CIA hangar at the airport. On Saturday morning Rudaw, a Kurdish news network, says “four explosive-laden drones hit locations northeast of Erbil early Saturday morning. The attack caused material damage, but there were no casualties.” According to the Kurdistan region’s counter-terror unit “Three drones hit the house of a citizen near the village of Bragh in Erbil province and another drone landed in an unpopulated area on Mount Tarin.” Two of the drones that hit the house in Bragh exploded and the other did not, the statement added. “Another two other drones hit the village of Gomaspan, a senior government source had told Rudaw.”

Remains of at least one drone was recovered. It appears similar to an Iranian drone recovered and displayed by the US in 2018. Locals in Erbil said the appearance makes it clear Iran-backed militias were behind this attack. Journalist Baxtiyar Goran tweeted that pro-Iran militia leader Qais Khazali used a phrase related to “Anfal” in a recent speech. Anfal was the campaign of genocide Saddam Hussein carried out against Kurds in the 1980s. The pro-Iran militias are mostly Shi’ite so they tend to oppose Saddam, but some are anti-Kurdish. They have also called for the US to leave Iraq.

The US has documented rising Iranian drone threats in the region. In 2018 the Pentagon put on display the “remains of an Iranian Shahed-123 unmanned aerial vehicle are seen at the Iranian Materiel Display at Joint Base Anacostia-Bolling, Washington, D.C., Nov. 26, 2018. The Department of Defense established the Iranian Materiel Display in December 2017 to present evidence that Iran is arming dangerous groups with advanced weapons, spreading instability and conflict in the region. The IMD contains materiel associated with Iranian proliferation into Yemen, Afghanistan and Bahrain,” the US noted at the time.

Since then Iran has used to drones to attack Saudi Arabia’s Abqaiq and flown a drone into Israel in February 2018 and May 2021, and has helped Hamas develop Ababil-style drones and helped the Houthis in Yemen develop drones.

Pro-Iran militias have also used rumors of drone attacks to spread disinformation, including an incident on June 23. In that incident Press TV and other pro-Iran networks claimed an attack in Baghdad, but it appears no such attack took place. The attack on June 26 did take place in Erbil but apparently the drones did not target or hit any facilities linked to the US. It remains to be seen what the message of the attack was. 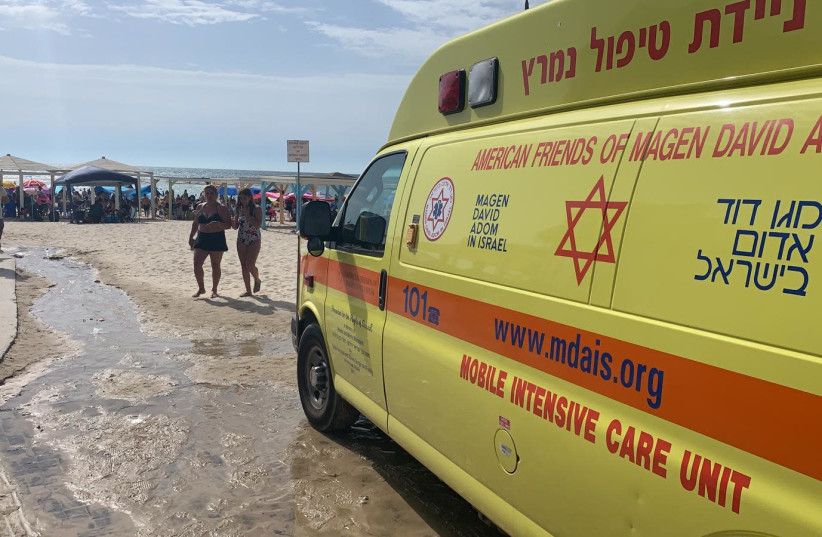