Civil Rights Commissioner Peter Kirsanow, who’s also a member of the National Labor Relations Board, expressed his concerns on Monday as part of a virtual conference organized by the National Association of Scholars.

Kirsanow, who is based in Ohio, acknowledged that he has been actively campaigning against the state adopting the 1619 Project for its public school curriculum.

He compared the project to critical race theory and the “Howard Zinn version of history,” referring to the left-wing historian who authored A People’s History of the United States.

Kiransow saw this as “the inverse” to older history textbooks that failed to note the national contributions of non-white populations to American history.

“The effort to put race and slavery at the heart of the American story has the potential to destabilize our understanding of our country, our country’s self-conception,” he continued.

“The project’s obsession with race, standing alone, is bad enough … what makes it worse is this is something that’s being introduced into curriculum K-12.”

On that point, Kiransow said it was one thing to have such courses in college, when “somebody’s already had an established foundation” in order to “adequately interpret what they’re being told.”

“But when fresh young minds are exposed to this, that’s something completely different,” he noted. “As with other progressive revisionism, it’s likely done when you start at K-12 that this will become the story of American founding.”

Last year, The New York Times Magazine announced an ongoing initiative known as the 1619 Project, launching it on the 400th anniversary of when slaves were first brought to British colonial Virginia.

The project features a series of essays by scholars on slavery and arguments on how racism continues to influence the nation, from traffic patterns to diet.

“It aims to reframe the country’s history by placing the consequences of slavery and the contributions of black Americans at the very center of our national narrative,” stated the Times.

After the project was published in August 2019, Princeton historian Sean Wilentz co-signed a letter to the Times along with Brown University’s Gordon Wood, Princeton’s James McPherson and the City University of New York’s James Oakes listing the factual errors in the 1619 Project that should be corrected and not re-published in any future materials, especially those being used in school curricula.

“No effort to educate the public in order to advance social justice can afford to dispense with a respect for basic facts,” Wilentz wrote in a piece for The Atlantic. “In the long and continuing battle against oppression of every kind, an insistence on plain and accurate facts has been a powerful tool against propaganda that is widely accepted as truth. That tool is far too important to cede now.”

Nikole Hannah-Jones, the NY Times Magazine reporter who heads the project, said in a series of Twitter posts in July that it was “not a history” but a challenge to “the national narrative.”

“The crazy thing is, the 1619 Project is using history and reporting to make an argument. It never pretended to be a history,” she tweeted. “We explicitly state our aims and produced a series of essays. Critique was always expected, but the need to discredit it speaks to something else.”

Hannah-Jones won the 2020 Pulitzer Prize in the Commentary category for what the prize committee labeled “a sweeping, provocative and personal essay.”

Many school districts across the country have decided to add the 1619 Project to their U.S. history curricula. School districts in Chicago, Illinois, Washington, D.C., and Buffalo, New York, began implementing the project in their K-12 course materials earlier this year.

In Buffalo, where the materials are a mandated part of the history curriculum for seventh through 12th grade, students are taught about “lesser-known consequences of slavery … Its essays deal with things like how plantation economics led to modern corporate, capitalist culture …” NPR reported.

Sen. Tom Cotton, R-Ark., introduced the Saving American History Act of 2020 to prohibit public schools from using federal funds to teach the project, labeling it “a racially divisive and revisionist account of history that threatens the integrity of the Union by denying the true principles on which it was founded.”

Earlier this month, President Donald Trump also expressed sympathy for removing federal funds from any public schools that have the project as part of their curriculum.

Trump stated at a speech at the National Archives Museum on Thursday that he plans to form a new commission aimed at creating a “patriotic education” for public schools.

“We are here today to declare that we will never submit to tyranny. We will reclaim our history, and our country, for citizens of every race, color, religion and creed,” declared Trump.

The historians noted in their letter to the Times requesting corrections to the 1619 Project that the lead essay, written by Hannah-Jones, “argues that ‘one of the primary reasons the colonists decided to declare their independence from Britain was because they wanted to protect the institution of slavery.’ That is a striking claim built on three false assertions,” the letter said.

Similarly, historian and award-winning author Annette Gordon-Reed stressed during an American Historical Association panel broadcast on C-SPAN in July that 1619 was not the country’s founding. “If you want to pick something other than 1776 as the founding, you might pick 1607 when Englishmen rolled up on the North American continent and said, ‘we’ve discovered it,’ and began to push indigenous people off the land.”

“1619 was part of the English Empire,” Gordon-Reed added. “There’s no United States of America at that point. The founding was racist. … The Constitution protected slavery … but it also unleashed an anti-slavery movement — the Revolution did. … The founding means many things, it’s not just one thing.” 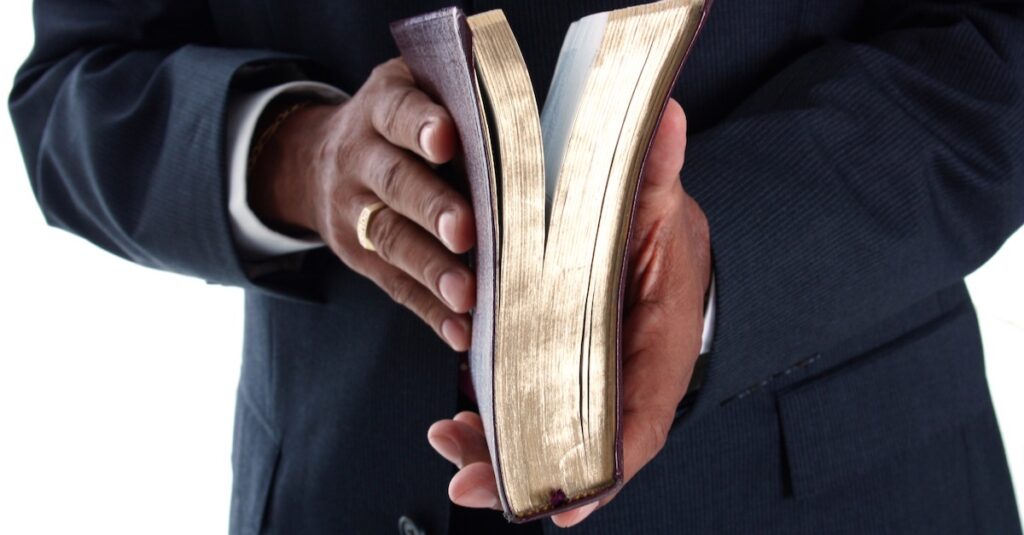 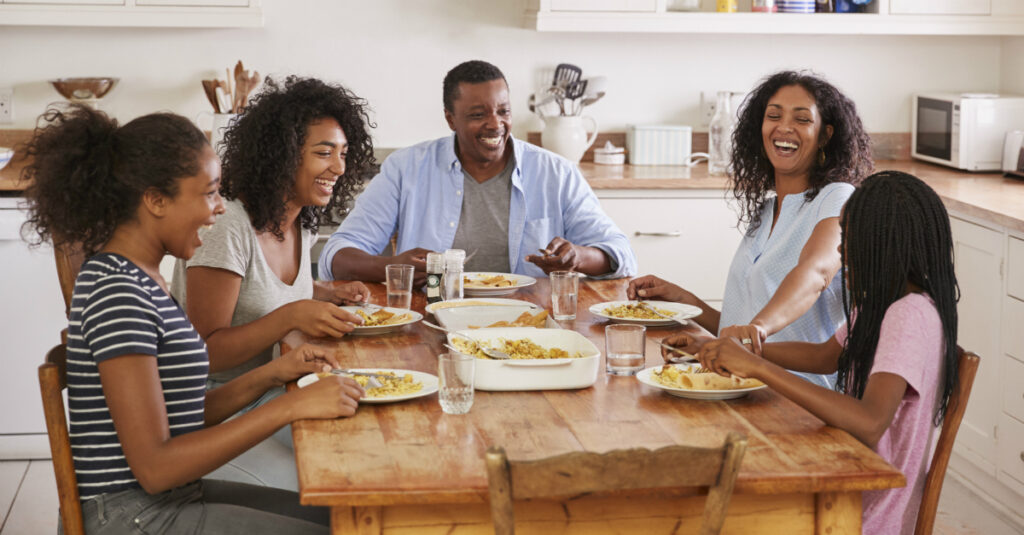 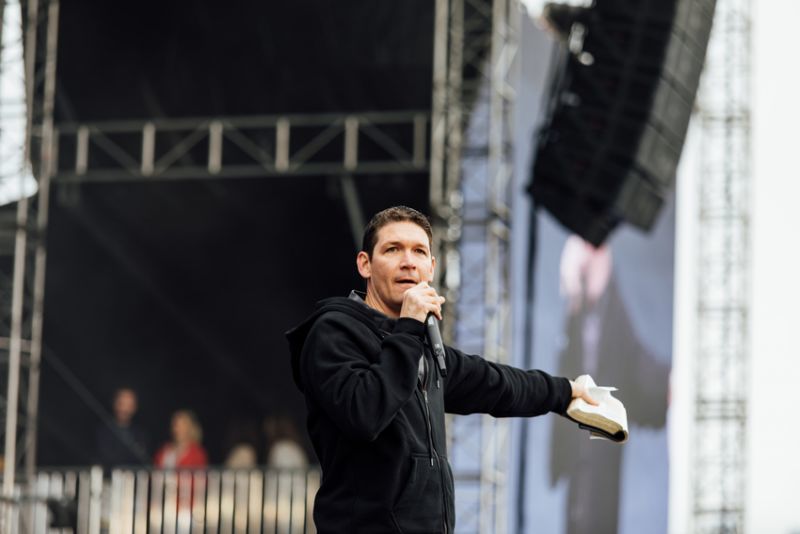 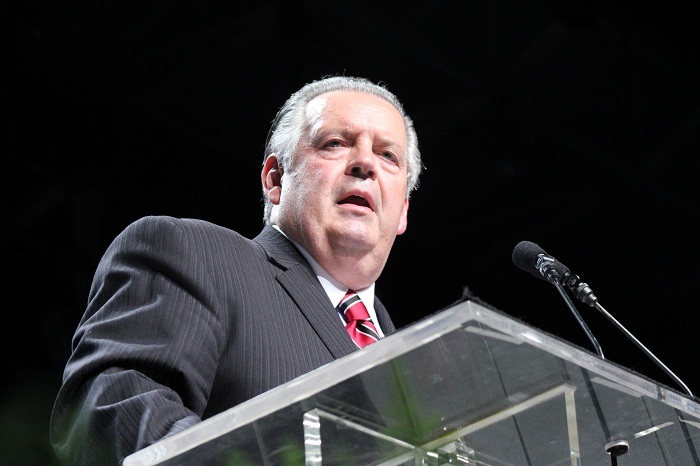