Understanding Autism from the Inside

Written by The Ministry of Jesus Christ on September 1, 2021

Words are powerful, and often in subtle ways. Labels, for example, help us to distinguish things, and an important part of science consists of coming up with labels for newly discovered features of reality. But labeling gets complicated in the area of human sciences, especially when we’re dealing with different types of people.

If anything, labels are even more powerful in today’s world. For many, they serve as identity markers in an increasingly fluid political and cultural landscape. Poet and Taylor University English professor Daniel Bowman Jr. illustrates this dynamic in On the Spectrum: Autism, Faith, and the Gifts of Neurodiversity. The book, a fascinating and moving “memoir in essays” written by an unusually reflective and transparent evangelical, aims to reframe our thinking on autism by suggesting new labels to describe it.

Bowman defies certain stereotypes that many people associate with autism, which makes the book unusually compelling, even if it might make him a somewhat controversial spokesperson for the autistic community. Nevertheless, it is precisely his remarkable degree of self-awareness that enables him to give some stunning descriptions of what it’s like to be autistic.

Bowman shares honestly about social anxiety, “executive dysregulation,” a tendency to push others away, periodic meltdowns, and significant shame. These accounts offer a valuable window into the particular kinds of suffering endured by at least some with autism.

Bowman’s essays revolve around some common themes. Being on the autistic spectrum, he argues, is a legitimate way of being human tragically pathologized and misunderstood by the “neurotypical majority” (those without autism). The book invites readers to listen to the voices of autistic people themselves in order to really understand them, and autism, “from the inside.”

Bowman makes the case that beauty, art, and literature contribute significantly to human flourishing, especially when they emerge from unexpected sources, like the marginalized. The book, which showcases his own way with words, experiments with different genres, including a few interviews and a letter he wrote to two beloved mentors (though sadly, there are no poems!). But Bowman casts spells with his stories, and these form the bulk of the book.

Especially touching is his account of gradually realizing that he might be autistic (a diagnosis that was only confirmed professionally in 2015). Bowman felt palpable relief once he discovered the truth, because it made sense of patterns of suffering he had experienced throughout his life. Since his diagnosis, Bowman has embraced autism as a core part of his identity.

I think he would say this has empowered him to see the good in his condition and to realize as fully as possible his God-given potential. The joy he now radiates in sharing about autism is infectious, and it ought to encourage others like him to share their own stories.

This leads to one of the book’s biggest surprises, at least from my perspective: Bowman actively welcomes the label “autistic.” In fact, he even prefers to speak of “autistics” rather than the more general (and, I thought, more respectful) designation of “people with autism.” He deeply appreciates when friends take his autism into account, because it signifies their support for him as autistic.

In Bowman’s view, this kind of forthright acknowledgment cuts against our dominant approach to autism today, which he calls the “pathology paradigm.” As Bowman sees it, we tend to view autistic people through a reductive lens—an objective, scientific prism that magnifies the physical, social, and emotional capacities they might lack. This, he argues, reflects the biases of the neurotypical majority, who view autism merely as a psychological disorder.

Within this mindset, autism involves a set of negative symptoms, often defined and evaluated by insensitive, nonautistic observers who experience discomfort when exposed to them. We could also call this the “scientific paradigm,” given its origins in the empirical study and treatment of autism.

In all likelihood, some variation of the scientific paradigm still prevails among many of those working with autistic people today (as it would have among most of my psychology professors). But Bowman believes this approach only exacerbates the alienation autistics already tend to feel. By focusing on the problems of autism rather than autistic persons, and by striving to manage and minimize symptoms, it can resemble a scheme to control autistics for the neurotypical majority’s benefit.

Bowman, by contrast, prefers the “neurodiversity paradigm,” which begins with the perspective of autistics and views autism as a matter of neurological difference, not abnormality. To take one example, proponents of neurodiversity would interpret rocking behavior (which autistics call “stimming”) as a soothing and helpful coping mechanism. Bowman bemoans the neurotypical majority’s lack of curiosity and empathy toward those in the autistic community.

Many of Bowman’s suggestions helpfully push back on ingrained patterns of bias and ignorance. But others rest on shakier ground. One contemporary professor Bowman cites claims that “the behavior of [autistic] people isn’t random, deviant, or bizarre.” According to another, “The concept of a ‘normal brain’ or a ‘normal person’ has no more objective scientific validity—and serves no better purpose—than the concept of a ‘master race.’”

Such statements can be interpreted charitably, as efforts to undermine the stigma of autism and counter feelings of shame among people on the spectrum. But they also seem patently misleading, especially regarding more severe forms of autism. Bowman himself goes to great lengths to help readers grasp the unique challenges he faces.

It’s important to remember that autism spectrum disorder, as the American Psychiatric Association defines it in its standard diagnostic manual, varies greatly in its manifestations.

At one end of the spectrum are “higher functioning” persons with “lower support needs.” At the other end are “lower functioning” people with “higher support needs,” a category encompassing severe intellectual disabilities (say, adults with a mental age under four), serious difficulties with language and communication, and patterns of self-injurious behavior (biting, head-hitting, hair-pulling) that can cause permanent bodily damage.

Most parents of children who suffer like this would be mystified by benign appeals to “neurodiversity.” They are grateful for therapeutic advances, and they have no trouble calling autism a disorder. But it doesn’t seem to be a matter of one “side” being right and the other wrong. Given the wide variations among people on the spectrum, it seems natural that some of their advocates will focus on securing accurate diagnoses and effective treatments for severe disorders, while others will focus on confronting the stereotypes and stigmas that hold some autistics back.

christian faith plays a central (if not exclusive) role in Bowman’s story. Even though he can recount numerous episodes of feeling stigmatized in the church on account of his autism, he readily affirms, with Paul, that God’s “power is made perfect in weakness” (2 Cor. 12:9).

Yet the christian perspective on human suffering and weakness contains riches that neither the neurodiverse nor the neurotypical viewpoints can match by themselves. Scripture tells us that Christ came “not for the healthy” but for “the sick” (Luke 5:31). He promised rest to “all you who are weary and burdened” (Matt. 11:28). He declared that the “poor in spirit” are blessed (Matt. 5:3), because in his kingdom “many who are first will be last, and the last first” (Mark 10:31).

This value reversal anchors the christian idea of redemption. In Christ, all of our comparative weaknesses become occasions for his glory to shine all the brighter, and we are invited to reinterpret them in light of his death and resurrection. This means that as Christians, we don’t deny weakness, and we accept that normal includes certain physical, mental, a

WHO tracking new coronavirus variant ‘mu’ and its resistant to vaccines 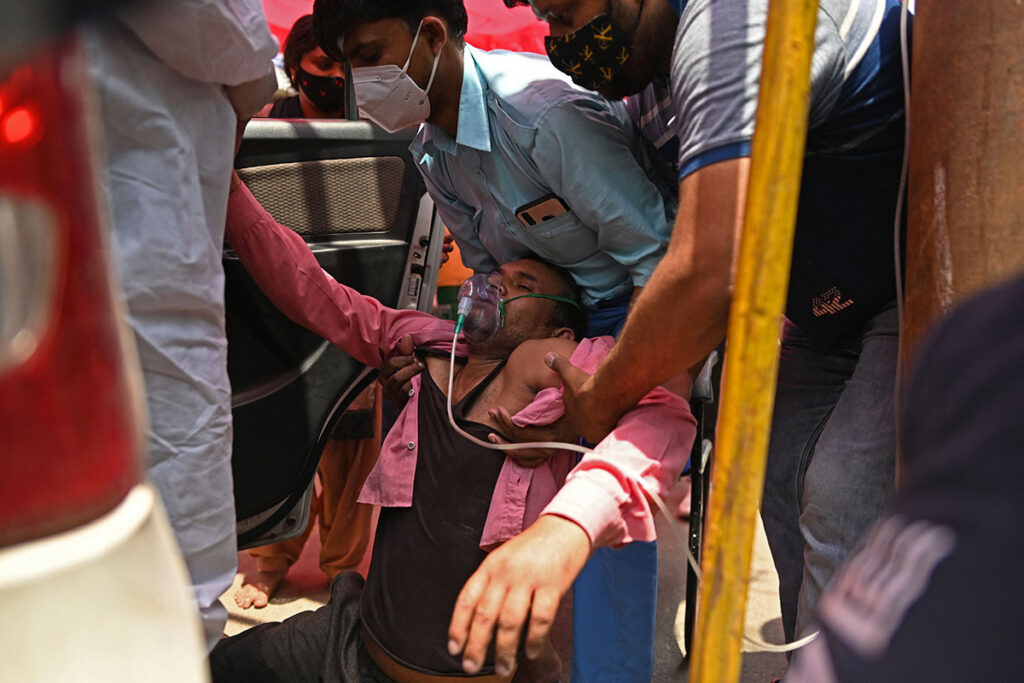 U.S., Israel Working to Develop a ‘Plan B’ if Iran Nuclear Talks Fail 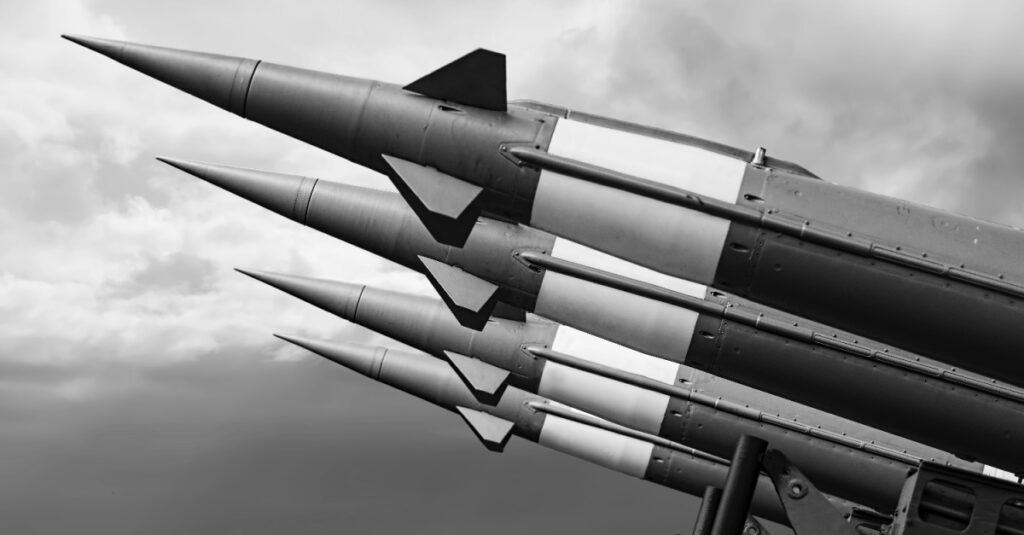