The United Methodist Church is calling on U.S. Immigration and Customs Enforcement to release an undocumented immigrant and father of two U.S. citizens they say was detained on church grounds in a Maryland suburb of Washington, D.C., on Sept. 10.

Binsar Siahaan moved to the U.S. from Indonesia in 1989 on a temporary visa. Soon after, his wife, Eko Sukemi, moved to be with him but both overstayed their visas when they expired a few years later. In 2003 the couple applied for asylum on religious grounds, according to The Washington Post, but two years later an immigration judge ordered Siahaan’s deportation which has since been upheld.

The UMC General Board of Church and Society, the advocacy arm of one of the largest mainline Protestant denominations in the U.S., has condemned the detention of Siahaan, who has been a member of the Glenmont United Methodist Church in Silver Spring for six years.

Siahaan, who along with his wife serves as the congregation’s caretakers, was living with his family in a home on the grounds of the church.

According to a statement from the church body, six ICE agents “knowingly violated the agency’s Sensitive Locations policy” and “lied” to Siahaan “in order to arrest him and begin deportation proceedings.”

The General Board of Church and Society called the arrest a “clear violation of the agency’s own policy” because “ICE entered church property to arrest and detain” the man.

According to the agency’s website, “places of worship, such as churches, synagogues, mosques, and temples” are listed as “sensitive locations.”

“The United Methodist Church believes church grounds are sacred and should always offer safety,” the statement from the UMC board reads. “ICE crossing church property to arrest someone under false pretenses is not only a violation of human rights and due process but a breach of ICE’s own policy regarding removing someone from a sensitive location.”

“ICE’s reckless actions pose a huge risk for immigrants throughout the country who are in sensitive locations; attending school, receiving care in hospitals and health facilities, and seeking refuge in faith communities,” the statements adds.

Across the nation in recent years amid increased immigration enforcement under the Trump administration, some illegal immigrants have taken shelter in churches to avoid deportation. But in the case of Siahaan and his family, they lived on the church grounds because it was their job to care for the church.

Siahaan and his wife have lived in the U.S. for over 29 years and have two minor children who are U.S. citizens.

The couple has a pending motion to reopen their case for asylum on religious grounds as Muslim-majority Indonesia ranks as the 49th-worst country in the world when it comes to christian persecution, according to Open Doors USA’s 2020 World Watch List.

The UMC contends that the father poses “no threat” to the community.

“Binsar and Eko cooperated with all ICE check-ins and requirements, but have tragically fallen victim to ICE’s unjust practices and the Trump administrations’ method of terrorizing families and faith communities who stand with them,” the board’s statement contends. “Church and Society calls on ICE to immediately release Binsar back to his family and church community and publicly commit to their own Sensitive Locations guidelines.”

Siahaan was initially held by ICE in Baltimore before being transferred to the Stewart Detention Center in Lumpkin, Georgia.

An attorney for Siahaan filed a motion to temporarily block his impending deportation. The lawyer, Elsy Ramos Velasquez, also filed a petition with a federal court in Maryland contending that Siahaan’s arrest was illegal “because ICE entered the home without a warrant.” A hearing has been set for Oct. 2.

In a statement provided to The Washington Post, ICE stated that officers arrested Siahaan “after he received full due process in the nation’s immigration courts.”

ICE added that an immigration judge ordered his removal in 2005, an order that the agency says has been upheld despite multiple appeals.

“Siahaan filed an emergency stay of removal after his most recent arrest, which is currently pending,” the statement reads.

The agency did not comment on the UMC’s claims that its officers violated ICE policy to obtain Siahaan’s arrest.

Sukemi told the newspaper that her husband temporarily moved to the U.S. in 1989 on an A-3 visa, giving him the ability to work as a driver for the Indonesian Embassy.

She followed him in coming to the U.S. a few years later as she went to work as a nanny for a diplomat’s family. The couple overstayed their visas when they expired in the early 1990s.

In 2012, the couple agreed to an “order of supervision” agreement with ICE requiring them to check in regularly with a local ICE office.

For the past several years, the couple has worked as caretakers of the Glenmont church.

In February, Siahaan was detained after a routine check-in. He was later released with an ankle monitor pending appeals.

The UMC General Board of Church and Society claims that agents tricked Siahaan into leaving the house on Sept. 10. Siahaan was informed that ICE agents needed him to come with them to a local field office.

“The sanctity of our sacred spaces should never be violated,” Bishop LaTrelle Easterling, leader of the UMC Baltimore-Washington Conference, said in a statement. “This calls into question our Administration’s respect for communities of faith and for God’s people. This action creates a moral stain on this administration and jeopardizes their integrity in every similarly situated immigration case. Our federal government is not exempt from acting morally and consistently.”

Easterling added that Siahaan is the “head of a household” with two American children who are depending on him for food, shelter and safety.

“I call upon ICE to release Mr. Binsar Siahaan immediately, to continue to respect church property as sacred and holy ground, and follow their own established policies and practices around compliance and deportation,” Easterling said. “Their inappropriate and unnecessary action in this case violates practice, policy, and the Kingdom of God.”

San Francisco Catholics march in protest of coronavirus restrictions: ‘God has to be respected’ 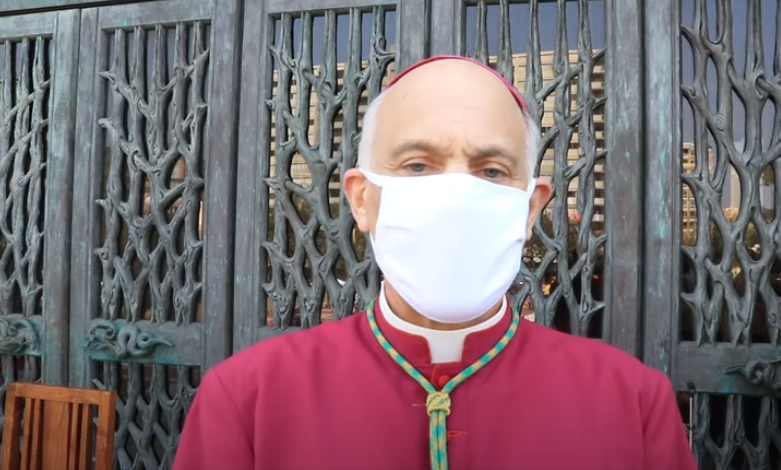 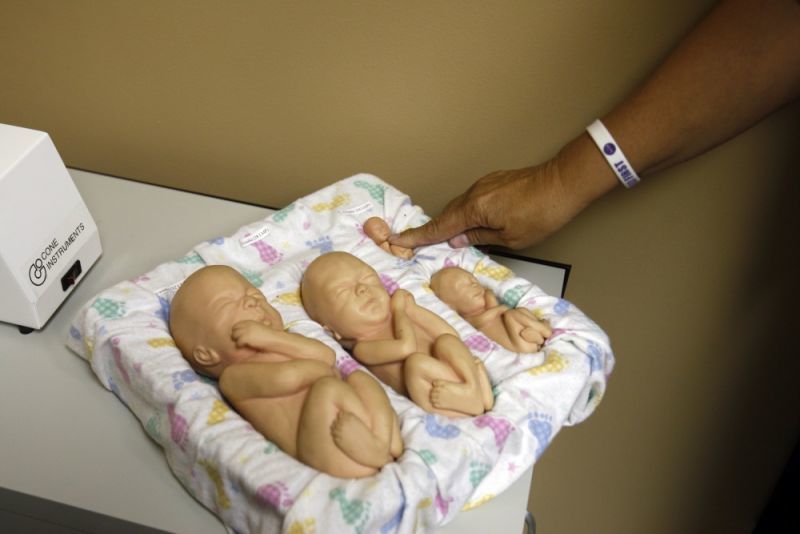