The first call woke Marek Olah up at midnight—it was his brother, telling him to prepare the church’s community center because he was picking up Ukrainian refugees from the border. Olah began making calls, and people showed up to search for blankets and mattresses before the bus of 60 people arrived.

“I was very surprised and touched,” said Olah, pastor of the Apostolic Church Sabinov, a Roma congregation of around 300 people in eastern Slovakia. “After COVID, we were all a little … well, this situation with Ukraine woke us up.”

Members of his church “have been very hospitable and compassionate, even crying with people. Teenagers are buying food, women are praying with people, one man used his savings to buy jackets for everyone.”

Eventually, this led to an informal network of 11 Roma and non-Roma churches from Slovakia, Czech Republic, and England coming together to serve the refugees. Together, they purchaded a building in a town near Gombar’s church for a storage area, housing, and in the future, another church.

Christianity among the Roma is thriving in places like Slovakia, Hungary, and Romania, all key outposts for refugees fleeing the war in Ukraine. The crisis in the region calls out the fruits of this christian growth.

“This is a way to show the real, strong love of Jesus,’ said Dimitar Angelov, director and founder of the Youth Mission Network, a nonprofit discipling Roma youth in Bulgaria. Immediately when the war broke out, Angelov began looking for ways to help, eventually connecting with a Ukrainian woman in his region who was coordinating humanitarian help.

Roma pastors and their congregations expressed a desire to help all refugees out of a sense of christian compassion. However, the situation necessitated another motivation, as reports circulated of Roma and other nonwhite refugees facing discrimination at borders and processing centers. Before the war, 50,000 Roma lived in Ukraine, according to official counts, but estimates by intergovernmental and nongovernmental organizations put the total at eight times as many.

“Roma people have many experiences of not being well received,” Olah said. “And this is what happened to some Roma at the border; they were pushed aside and not treated equal as other Ukrainian people. This is why we as the churches stepped in, because we don’t want these families to suffer just because they are Roma.”

Over the centuries, Roma people in Europe have often been marginalized in the political, social, and religious spheres. Despite improved laws and social policies, crises like COVID-19 and war expose the deep-seated social fears and suspicion toward the Roma that are still endemic in Eastern European societies.

Even in christian circles, Roma Christians are often left out of the narrative.

This reality influenced the way Angelov presented himself to his Ukrainian contact in Bulgaria. He said, “We do this because we are a christian organization and we do this for the glory of God, and oh, by the way, I am Roma, and I am proud of this. No matter what we hear, bad feedback from your people or my people, we are here and we will help you. And don’t forget, I am Roma.”

Reports of unequal treatment among Roma refugees have emerged from Slovakia, Hungary, Moldova, Czech Republic, and Poland. Moldova is the poorest country in Europe with the most Ukrainian refugees per capita, including Roma refugees.

After rising tensions and complaints, the Moldovan government came to an agreement with Roma community leaders to separate ethnicities, promising quality facilities. However, the Roma refugees, along with Azerbaijanis and Uzbeks, were placed in substandard facilities and currently face steep challenges, according to an early March report issued by the European Roma Rights Centre (ERRC) after visiting three reception centers in Moldova.

Victorina Luca, a christian Roma lawyer in Moldova, estimated that 70 percent of the Roma refugees have no passport, although some have a birth certificate. Roma have been called the most undocumented group in Ukraine, with discrimination and bureaucratic hurdles keeping them from obtaining official identification. But as refugees, they need this documentation before moving on, which most want to do. According to Luca, no documents means no free transportation to the embassy.

“Most are here with no money. They walk to the city or get on the public bus but are ejected because they can’t pay,” said Luca, founder of the Roma Awareness Foundation and Romano Patrin radio station in Soroca, Moldova.

To register for documents, refugees have to stay in a line every day for two or three weeks, alongside thousands of ethnic Ukrainians. “And then the embassy says, ‘We cannot document you because you never had any documentation.’ So the people are stuck.”

While a couple thousand Roma refugees want to stay in Moldova until the war is over, according to Luca, the majority are trying to make it farther west in Europe, where they have relatives.

Luca converted to Christianity at age 14 through a radio program and was the first in her family to finish school, despite people in her village telling her, “Your mother, grandmother, and great-grandmother never graduated.” She went on to graduate from Central Eastern University in Budapest and New York University and now uses her position to advocate for her fellow Roma people—including the recent influx from Ukraine.

“When you give your life to God, he can take you from a desert and put you on the mountains of his glory,” she said. “God transformed my life into his glorious light to shine over the world.”

In this scenario, when government resources are dwarfed by the immensity of need, churches are playing a key role. Pastor Ionel Cocos and his wife, Anka, who lead five Roma churches in central Romania, suspected societal attitudes would be a factor in how Roma were received. When they heard reports of neglect, they shifted their primary focus to Roma refugees. “When the war started, I was so shocked and cried, I just wanted to do something,” Cocos said. “I spoke in my church; we started to gather offerings and also from international partners.”

A friend connected him with a Roma church in Edineţ, Moldova, where pastor Sibiriak Farfacari and his wife, Tatiana, lead four churches in Roma communities. They had received a large number of Roma refugees, even taking into their own home an extended family with a young girl whose parents were killed while fleeing Mariupol.

Ionel and Anka Cocos now travel to Edineţ every other week to buy supplies for the church.

Roma Christians’ adeptness at moving between cultures and languages is a key gift in this crisis. Gombar—the pastor in Slovakia—is part of the government’s response team, and his ability to speak Romani with refugees is invaluable. As soon as the government heard that his church was serving the refugees, they began funneling most of the Roma to him.

“They called Marek, saying, ‘You need to come get this family,’” said Shane McNary, a Cooperative Baptist Fellowship field personal member who has worked with the Roma for 17 years in Slovakia and the Czech Republic. “Marek kept trying to figure out where they were, and eventually found out that they were sleeping in the woods. There are a lot of these stories, and it is still happening.”

Support for Roma is also sent inside Ukraine. Gypsies and Travellers International Evangelical Fellowship (GATIEF), the mission arm of French Life and Light Fellowship, has delivered five large truckloads of relief supplies for thousands of Roma trapped in various cities.

Giving what you do not have

Distributing goods can present other kinds of challenges within the Roma churches themselves, particularly in poorer contexts. Gombar has long-standing relationships with three Roma churches in Uzhhorod, Ukraine, only 20 kilometers from his church. He drives aid to them from Slovakia so they can distribute it to the refugees in their churches.

Disagreements broke out, however, when it seemed one church received more aid than the others. Others were accused of “feeding their own people” instead of the refugees. One Roma refugee who had fled from more affluent circumstances in eastern Ukraine was shocked to see such abject poverty—and yet those were the communities serving him. Gombar made a pastoral visit to help churches resolve the disagreements and also to warn them about the difficulties of crossing the border an

Why We Fight About Football Prayers 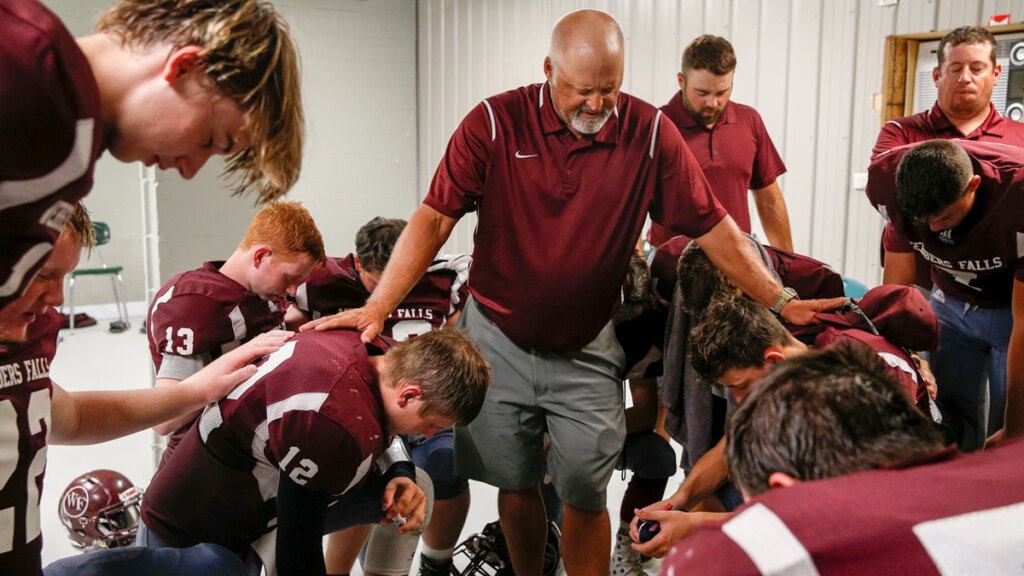 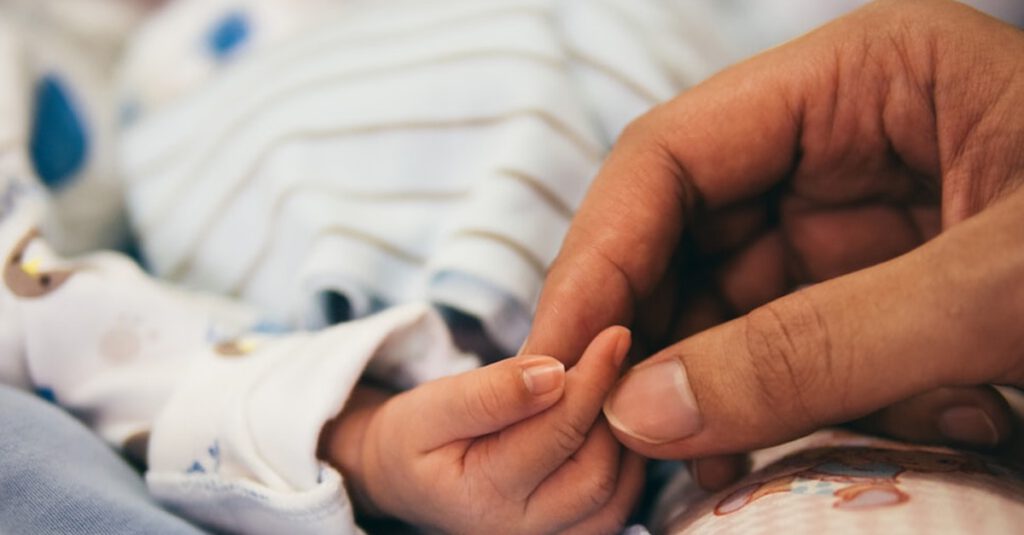