Iran is supporting its Houthi rebel allies and proxy in Yemen to conduct an increasing war against Saudi Arabia, the Saudi-led Coalition, and also against Yemen government forces in Marib. Twenty four hours have seen an increased offensive against Marib in Yemen, a reported ballistic missile attack on Saudi Arabia on Saturday night and an attack on a ship in the Gulf of Oman. It is part of a series of tensions across the region linking Iran to conflicts in numerous places. This could be seen as a kind of “total war” that Iran is pushing across the Middle East.

The volume of attacks and the multi-layered nature of them illustrate that this is not a mere happenstance or coincidence. This is not local politics. This is a regional conflict and Iran, which has a foothold in Yemen that has grown since 2015, is seeking to show that it can mobilize on numerous levels through proxies and through its own actions, as well as its advanced technology.

The level of attacks in Yemen also must be paired with rocket attacks in Saudi Arabia and also the airstrikes carried out by the Biden administration over the weekend against Iranian-backed militias in Syria. Add it up and what do you get: Incidents in Iraq, Syria, Saudi Arabia and Yemen, spanning thousands of kilometers.

The attack on Saudi Arabia on Saturday included video of an interception over the skies of Riyadh. This is not the first time that rockets have been fired on Riyadh. Houthis have fired missiles before that triggered Patriot air defenses in Riyadh, in March 2020, in December 2017, in March 2018. In November 2017 Defense News said that Patriots had intercepted over 100 ballistic missiles since 2015 that were fired from Yemen.

In addition, a ship that departed Dammam on Wednesday was forced to turn back after an explosion on Friday. It was in the Gulf of Oman. Israel’s Channel 13 reported that the assessment is that the Iranian Navy fired missiles at the MV Helios Ray in the Gulf of Oman. Up the coast, over Kuwait, in Iraq the Iraqi members of Parliament that are supportive of Iran and linked to the pro-Iranian Hashd al-Sha’abi have slammed the US for airstrikes in Syria and complained about reports that Iraq provided the US intelligence. The attack in Syria came after pro-Iranian militias were accused of firing rockets at US forces in Erbil and Baghdad, killing a contractor. In Nasiriyah pro-Iranian groups are accused of a crackdown on protesters. Threat levels for US service members in Iraq have also gone up, reports note.

In Syria pro-Hezbollah sources have told Al-Manar TV that drones are conducting surveillance of Iraqi militias. These are pro-Iranian militias that are active near Albukamal, the same area the US carried out airstrikes. The US says that airstrikes hit areas used by Iranian-backed Kataib Hezbollah.

Then in Marib in Yemen, the Iranian-backed Houthis are trying to take Marib city, where there are many displaced Yemenis who fled the fighting. The Houthis were briefly designated terrorists by the Trump administration, before the Biden administration reversed course. They are waging a civil war against the government, which is backed by Riyadh. Saudi Arabia led an intervention in Yemen in 2015. A bi-partisan group of US Senators called on the Houthis to stop the offensive on February 26. “The Houthis and their supporters in the Iranian government must stop the offensive on Marib and avoid needless death and worsening the humanitarian catastrophe. All parties should agree to a nationwide ceasefire and begin inclusive political negotiations to end the war.”

It’s clear that Iran is seeking maximum pressure across the region on the US and US partners and allies from Israel to Saudi Arabia. The tentacles are also long, stretching from Yemen via the Gulf of Oman to Iraq, Syria and then Lebanon. Iran is also using a plethora of technology it has developed to support its proxies, from 107mm rockets in Iraq, to bases in Syria, as well as ballistic missiles (SRBMs) in Yemen and mines and missiles in the Gulf of Oman.  … 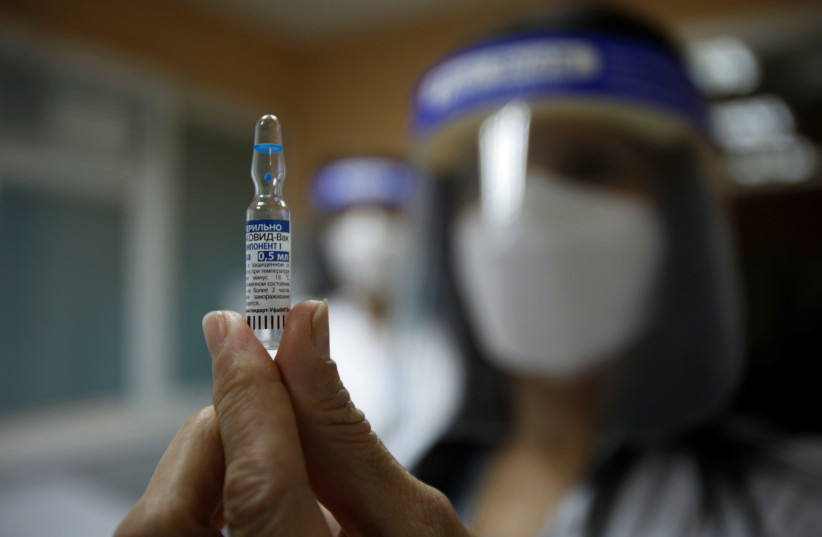