An ethnic Turk and former Muslim, the pastor of Bethel Church in Istanbul skipped McDonalds and KFC in Yerevan, the capital city, in order to complete a spiritual mission.

Six years ago, prompted to take a journey of reconciliation, he went in search of an authentic Armenian restaurant—and found lahmajun, a flatbread topped with minced meat, vegetables, and spices.

One letter was off from the Turkish spelling. Smiling, he ordered it anyway, in English.

“Are you a Turk?” snapped the owner—in Turkish—after Beytel pronounced it incorrectly. “God spare me from becoming a Turk.”

The owner’s family hailed from Gaziantep, near Turkey’s border with Syria, which before the genocide was a mixed religious city with a thriving Armenian community. Ignoring the insult, the pastor explained he was a christian, not a Muslim, and had come to ask for forgiveness on behalf of his ancestors.

Up to 1.5 million Armenians were killed between 1914–1923, as the Ottoman Empire crumbled. Once home to many diverse christian communities, the modern state was built on a secular but ethnic Turkish foundation.

No Turk can be a christian, the restaurant owner scoffed. He demanded the secret sign made centuries ago by believers in the catacombs.

By the end of the conversation, the man gave him a hug, with a tear in his eye.

“If Turkey takes one step, the Armenians are ready to forgive,” said Beytel, of his time at a conference in the Armenian capital. “It was amazing to hear them call me brother.”

There was more to come. One year later, Beytel was 1 of about 15 Turkish Christians to apologize at the Armenian Genocide Memorial in Yerevan.

“As a Muslim, I wouldn’t say I hated Armenians. But I would have called them the enemy, and that they were bad,” Beytel said.

“When I came to Jesus, everything changed.”

But the implications took time.

Beytel became a christian in 2000. But it was not until 2009 when he met Jacob Pursley, an American minister to Turkey, that he began to wrestle with his share in the national responsibility.

The spiritual growth of the church is hindered by the unconfessed sin of genocide, Pursley implored the believers. He urged Turkish Christians to seek reconciliation with Armenians, on behalf of the nation.

“It was a terrible event,” Beytel recalled thinking. “They killed us, we killed them. But what does that have to do with me?”

But over the next four years, Beytel researched the actual history of the genocide, realized his faulty education, and prayed. Eventually, he found his way to Armenia.

It was not easy to convince others.

In 2013, Pursley wrote a book in Turkish to promote his conviction. Distributing it in the churches, several thought he was an American spy. One member of a nearby congregation threatened to take him to court. Many recognized the historic atrocity, but feared Muslims would reject them more than they already do.

But over time, others also began to encourage the idea of reconciliation, and more and more Turkish pastors joined Pursley on his Armenia trips. There was a cultural awakening also, as Turkish intellectuals began speaking positively toward their eastern neighbor. And politically, there was a period some thought the two nations might normalize relations.

“Today, we can hardly hear these voices,” said Hrayr Jebejian, the Armenian general secretary of the Bible Society in the Gulf. “And the war [in Nagorno-Karabakh], I am afraid, leaves very little room for peace and reconciliation.”

Turkey’s period of openness toward its neighbors gave way to military interventions, he said. And now, he says Ankara is driving its fellow Turkic people in Azerbaijan to ethnically cleanse Armenians from their enclave—just as Turkey did a century before.

“christian theology is based on accepting, respecting, and living with the ‘other,’” Jebejian said. “Turkey needs to learn this lesson.”

But even as the idea gains traction in Turkish churches, they are reluctant to share it widely. Beytel’s desire to speak of the reconciliation efforts to the media was quashed.

“It is easy to confess in church; as Christians, they [Armenians] have to forgive us,” he said. “But if we do not lead, confession will be impossible for others.”

But perhaps there is another way for the spiritual hindrance to be removed?

“As long as Armenians keep cursing Turkey, fruit will not come out of Turkey,” said Fadi Krikor, the German founder of Father’s House for All Nations. “The curse can be removed by Armenia, even if Turkey does not ask for forgiveness.”

Born to an Armenian father, in 2019 Krikor led a German delegation to Etchmiadzin, Armenia’s fourth-largest city and seat of the Armenian Apostolic Orthodox Church. Addressing their christian “older brothers,” the Lutheran representatives asked forgiveness for their role in the genocide. It included the great grandson of Kaiser Wilhelm II, who was allied with Turkey at the time.

Pursley was present, and now resides in Armenia. In 2017, the Turkish government began asking about his writing pseudonym, and with colleagues kicked out of the country he no longer felt he was welcome.

The Bethel Church has since ceased operations. Beytel now lives in the United States.

In the last three years, now missions pastor at the Yerevan International Church, Pursley has preached in nearly 100 evangelical churches in Armenia, founded a school for missions, and partnered in sending 300 Armenian missionaries to the Turkic world. Several of these were long-term, though few have been able to remain.

Pursley began bringing Turkish pastors to Armenia in 2008, and the seed has grown.

“The fruit of reconciliation is prayer and blessing,” he said, “and from this they reach out with the gospel.”

Arman Manukyan, pastor of Emmanuel Church in Etchmiadzin near the closed border with Turkey, developed a vision for reconciliation after the German initiative. Welcoming Turkish pastors to Armenia, he embraced them with tears.

“Reconciliation is not something that can be taught,” he said. “It has to be done through friendship, created in an environment of confession.”

When Manukyan accepted Christ 20 years ago, he lost his “hatred” for Turks. But while good relations can be possible between them and Armenians—many Turkish businessmen operate successfully in Yerevan—it usually ignores the elephant in the room.

“Denial [of the genocide] makes reconciliation impossible,” he said, making a comparison to Jews and the Holocaust. “How can you build a friendship upon a lie?”

Similarly, and per Archbishop Nathan’s reference to “God,” Pursley said in the current climate it is “impossible” for the Armenian Orthodox church to forgive Turkey. As part of the state, it is governed by geopolitical realities. This also makes it difficult for Armenians to speak out in favor of reconciliation, and some of his returning missionaries have been interrogated by their own government.

Armenian authorities are wary lest naïve citizens be “duped,” and create a security threat.

Such concerns are especially heightened now, with the outbreak of war within Azerbaijan. Nearly 700 Armenian soldiers have been killed so far. (Azerbaijan does not disclose military casualties.) Things are tense in Turkey also.

“Armenians in our country fear that hostility will be directed towards them,” said Soner Tufan, spokesman for the Association of Protestant Churches in Turkey.

“Nationalism has risen, and war has no winner.”

Indeed, demonstrations passed in front of Istanbul’s Armenian patriarchate as protesters hurled curses in support of Azerbaijan. The city has since placed security guards in front of its Armenian churches.

Armenian member of parliament Garo Paylan, who has “yearned for Turkish-Armenian reconciliation,” warned that hate speech could lead to hate crimes.

Tufan noted that the contested enclave of Nagorno-Karabakh is legally Azerbaijani territory. But Protestants want peace, no matter the political outcome.

“Writhing in sorrow,” he said, “we pray for the solution to come.”

Back in Armenia, the nation is praying. Every day, Pursley said, several church-connected small groups petition God for love to reach their Turkish and Azeri neighbors.

“I don’t see how it will happen, but God can do a miracle,” said Manukyan.

“Peace must come first. They will not accept the gospel from an enemy nation.”

In some sense, it could be easier—and harder—with Azerbaijan. Turkey must admit the genocide, the Etchmiadzin pastor said. With Baku, only a peace treaty is necessary.

But while in Turkey the Armenians were victims, with Azerbaijan both sides think the other has to apologize. Manukyan said it will need to happen at the same time. Current attention is elsewhere, however, helping the victims in Nagorno-Karabakh. But he is also asking for prayer, to stop a new genocide.

“Armenians are not only legitimately defending their homeland, but also their existence,” Jebejian said. “Is there a chance for reconciliation? I’m not so sure.”

Manukyan says part of the silence is out of concern. He believes it could make trouble for the Azeri church, if the government knew it had contacts with Armenians.

Sources in both nations confirmed there are few initiatives underway between the two evangelical communities. Nor were they aware of any strong friendships between them.

Direct calls would be viewed as a security threat, said Mushfig Bayramov, an Azeri believer. Once in the early 90s, he was questioned by police for his religious activity, but ne 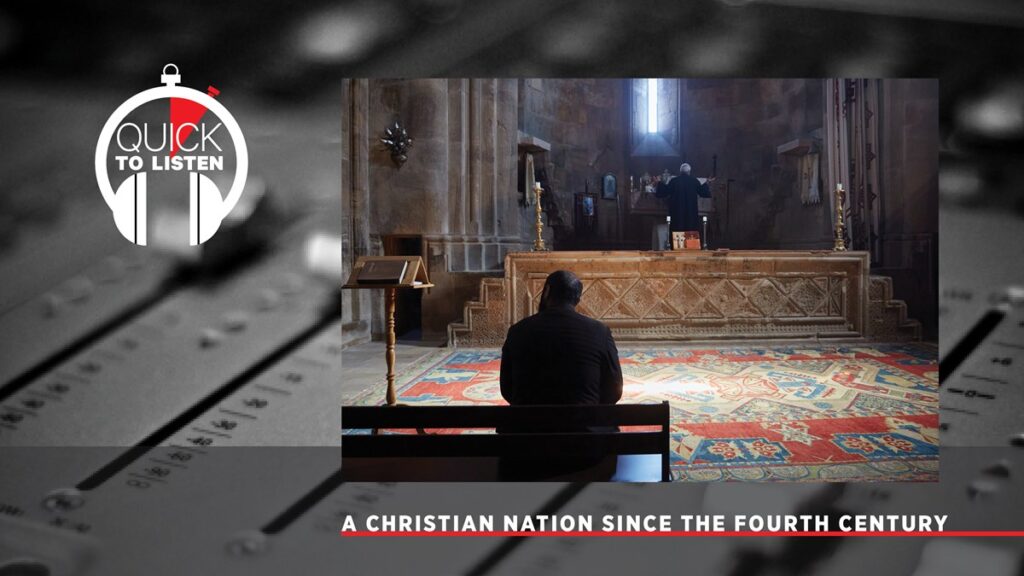 Make a Difference | Christians Need to Get Involved in Politics 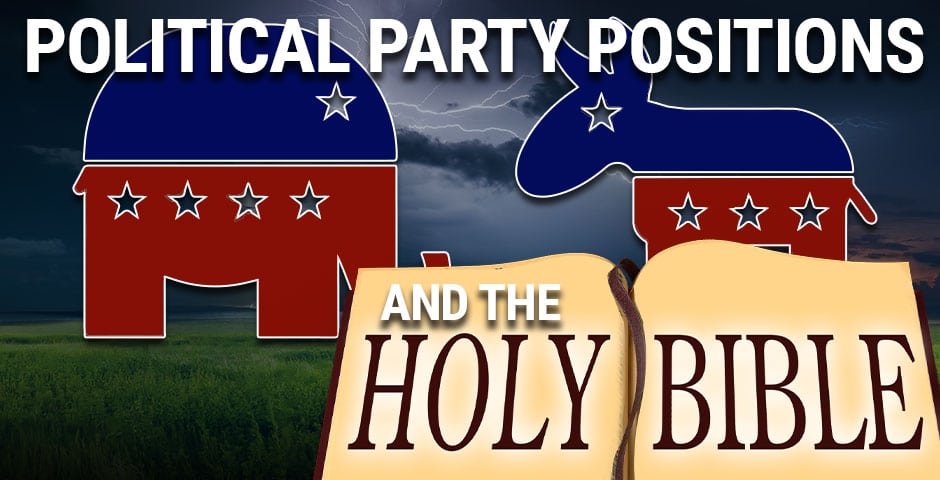