Sarah Pierpont often found herself bedridden by sickness. Living in colonial New Haven in the 1750s, she considered it a duty to make record of her pain and its spiritual lessons by writing. She tried to interpret her sickness through her faith and felt worse when poor health left her unable to write. Pierpont lamented both physical and spiritual weakness, noting that her “earthly Tabernacle is often shaking and now seems to be very Tottering.”

Pierpont found consolation in God’s mercy and wanted to bear witness to it in ways recognizable to those who might pray similarly today. Still, her urgency to write about being sick might startle us. Though the pandemic claimed plenty of recent attention, we don’t usually endorse sickness as a favored topic of conversation. Complaints about one’s aches and pains might cause hearers to wince. Someone too diligent at sharing details of sickness risks sounding like Debbie Downer to contemporary ears.

Not so in the world of 18th-century American Protestants, for whom writing was an important response to the experience of illness. In The Course of God’s Providence: Religion, Health, and the Body in Early America, Philippa Koch brings to life believers from this era who were confident of God’s direction in their earthly affairs.

Koch argues that 18th-century Protestants upheld trust in God’s providence in distinctive ways during sickness. Health and suffering are perennial concerns for Christians, as Koch insightfully observes (and as our current pandemic amply confirms). The author, who teaches religious studies at Missouri State University, trains attention on research currents in the history of the human body and lived religion.

Analyzing a period usually associated with enlightenment and secularization, Koch contests certain common assumptions about the way Americans of the time understood illness. As the conventional narrative has it, in the 1600s American colonists submitted to illness, ascribing their bodily misfortunes to God’s good (if inscrutable) will. Just one century later, however, under the influence of new scientific thinking, they had shifted toward conceiving of bodies as machines that might be fixed when broken, whether God willed it or not.

But this narrative is wrong at both ends. Koch shows that trust in providence invited not passivity but active response to God’s goodness. And later 18th-century ideas about physical matter stayed rooted in providential imagination.

The outmoded contrast Koch refutes—between a pious colonial period followed abruptly by a secular age—deserves some blame for letting us think early Americans submitted passively to illness. Misunderstandings of predestination are at fault too. Even colonists most persuaded of the doctrine of election did not think predestination left humans powerless in everyday life. Trust in providence was no prescription for idleness.

To the contrary, Koch shows, divine providence expected much in the way of human action. Sickness was a “pedagogical opportunity,” and pastors proposed many tasks the sick might do in response. For starters, sickness might prompt repentance. While pressing repentance on the sick might seem harsh, Koch insists that calls to repent of personal or communal failings were received positively, as active invitations to grow closer to God.

Repentance and prayer had roles in the sickroom, but the first order of business was reflection. The sick person’s primary obligation was to think. Ministers urged the sick to do what Koch calls “retrospecting,” a particular way of considering the past and “its meaning in terms of their life story and God’s superintendence.” Thinking, speaking, and writing combined in efforts to narrate sickness, a process Koch describes as “a fundamental practice for eighteenth-century Christians, who sought to organize and integrate the physical and spiritual experience of suffering within their life story.” Casting back beyond present difficulties would recall occasions of God’s provision for oneself, for one’s family, or even for forerunners in the faith known from the Bible. Narrating personal pain in the context of a broader arc encouraged sufferers to see how they fit within God’s continual care and mercy.

Koch’s argument drives the book, but her richly textured chapters do more than establish the persistence of providence. She features spiritual writings from both better-known ministers, like Cotton Mather and John Wesley, and some who are less familiar, like Heinrich Helmuth (a German-born Philadelphia pastor), Richard Allen (founder of the African Methodist Episcopal Church), Absalom Jones (America’s first Black Episcopal priest), and Samuel Urlsperger (who oversaw a pietist community in Ebenezer, Georgia). In paired chapters, Koch studies ministers’ counsel on health alongside the perspectives of laymen and laywomen. The pairing illuminates. Clergymen’s guides and sufferers’ diaries reflected a shared understanding. Conversation was not just dictated by elites but went both ways. Ministers like Mather advised readers how to interpret feelings, but these “Wholesome Words” were shaped by their personal contact with suffering, their own weakness, or their witness of the deaths of wives or children.

This reciprocal retrospective writing, Koch argues, both “imagined and created a community .” Religious leaders adapted their teachings on providence in accordance with both the needs of their congregants and 18th-century intellectual developments. New ideas about health and medicine informed responses to colonial epidemics, from smallpox in Boston in 1721 to Philadelphia’s yellow fever in 1793, but prevailing scientific understandings of the body were still shaped by consensus opinions on providence.

To illustrate this persistent providential thinking, Koch devotes one chapter to counsel surrounding birth and motherhood. Unfortunately, she sounds almost defensive about this focus: “Maternity is not a typical focus of intellectual inquiry into topics like providence, the enlightenment, and secularization; yet maternity is a widespread and significant human phenomenon, deeply considered in christian thought and lived experience.”

The first half of that sentence deserves a richer tang of triumph as the author, locating a scholarly blind spot, demonstrates our need for her analysis. But the latter half underscores the absurdity of that blind spot. That Koch feels compelled to affirm maternity’s status as “a widespread and significant human phenomenon” would be almost humorous if its absence from discussions of “providence, the enlightenment, and secularization” weren’t so scandalous. Maternity is, after all, the precondition of everybody’s existence. At least in “christian thought and lived experience,” maternity has drawn more due consideration. Christians have viewed birthing and nursing as signs not only of sacrificial love and promise but also, given the dangers associated with birth, of the frailty of human life.

Koch rightly recognizes maternity as relevant to her research. In the 18th century, “male midwives” with more mechanistic models of the body and more interventionist techniques contested traditional midwifery. Nevertheless, debates around women’s health continued to draw on providential views of nature and motherhood. Koch addresses subjects like birth and nursing, although she says less than I would have wished about pregnancy, surely an experience that summons thoughts of providence more than most.

The Course of God’s Providence provides perceptive analysis of the imaginative world in which Americans at an earlier time experienced sickness and God’s care. Readers should want to understand this for its own sake. But of course, as Koch intuits while writing amidst the pandemic, readers are also looking for insights into themselves and their own era.

The idea Koch excavates from the 18th century is serviceable for our time too. Narrative is a necessary response to sickness. The sick, now as then, might learn to position immediate afflictions in a larger context of faith. We might seek to understand the meaning of suffering and then share insights gleaned from that reflection. This practice goes one better than the current exercise ofte 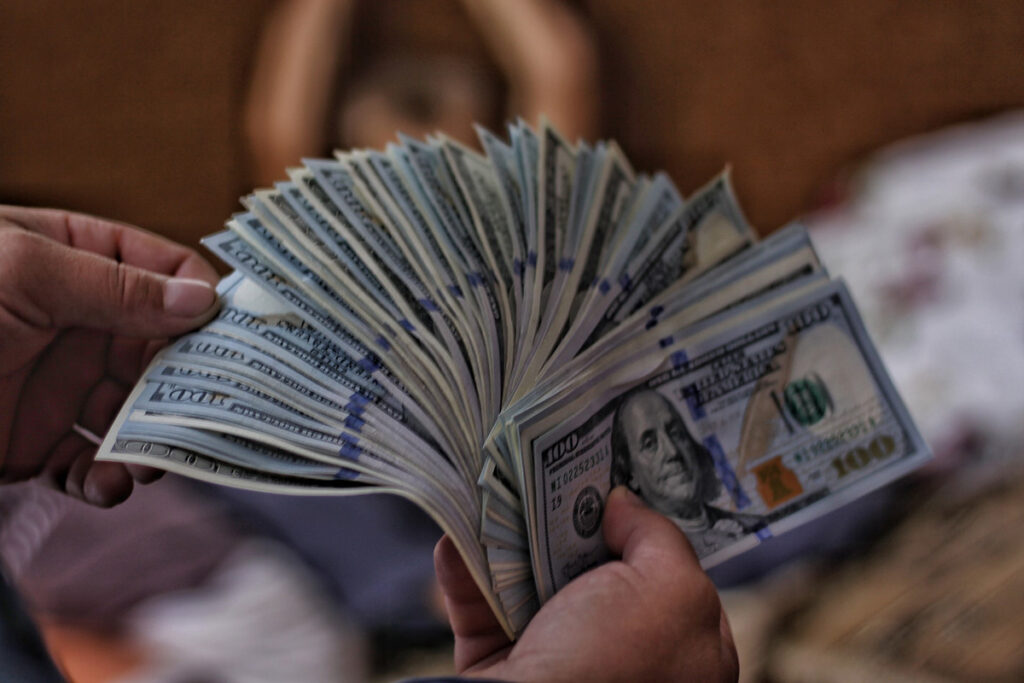 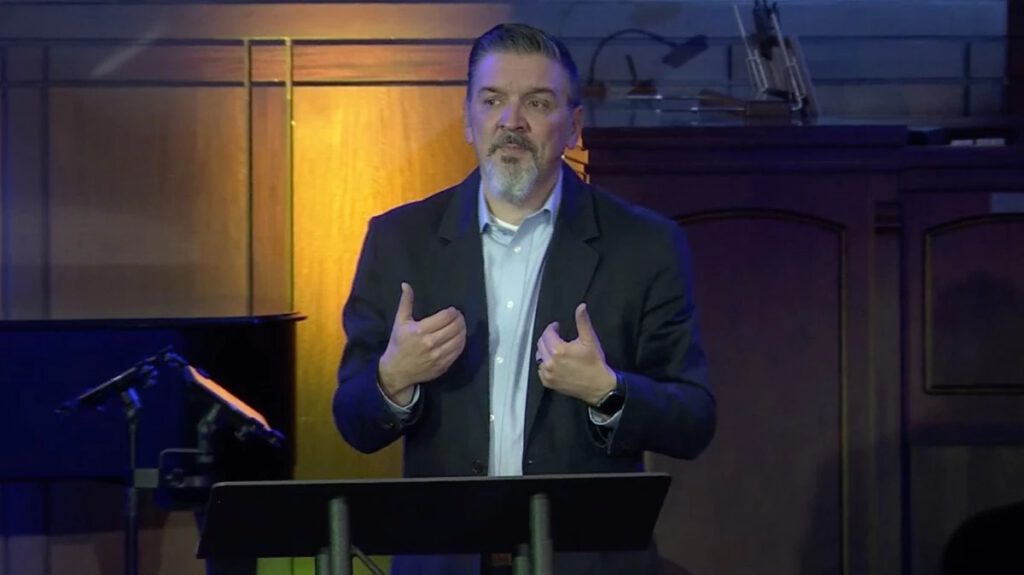