President Trump and Democratic nominee Joe Biden displayed sharp differences on coronavirus response, energy, immigration and a host of other issues Thursday night during their second and final presidential debate.

The event at Belmont University in Nashville, Tenn., was far more civil than the first debate, partially because the candidates’ microphones were muted when it wasn’t their turn to speak. The two candidates agreed on little.

Asserting the nation needs to open back up, Trump said the recovery rate for individuals who contract the coronavirus is 99 percent, and 99.9 percent for young people.

“We can’t keep this country closed,” Trump said. “This is a massive country with a massive economy. People are losing their jobs. They’re committing suicide. There’s depression, alcohol, drugs at a level that nobody’s ever seen before. There’s abuse, tremendous abuse. We have to open our country. I’ve said it often: The cure cannot be worse than the problem itself, and that’s what’s happening. And [Biden] wants to close down. He’ll close down the country if one person in our massive bureaucracy says we should close it down.”

Biden said the nation can “walk and chew gum at the same time.”

“The standard is, if you have a reproduction rate in a community that’s above a certain level, everybody says, ‘Slow up. More social distancing. Do not open bars and do not open gymnasiums. Do not open until you get this under control.’ … But when you do open, give the people the capacity to be able to open and have the capacity to do it safely. For example, schools. … They need a lot of money to be open. They need to deal with ventilation systems. They need to deal with smaller classes, more teachers, more pods, and he’s refused to support that money.”

A vaccine, Trump said, is just around the corner as part of Operation Warp Speed.

Biden countered, “We’re about to go into a dark winter … and he has no clear plan. And there’s no prospect that there’s going to be a vaccine available for the majority of the American people before the middle of next year.”

Trump responded, “I don’t think we’re going to have a dark winter at all. We’re opening up our country. We’ve learned and studied and understand the disease, which we didn’t at the beginning.”

The two men also disagreed on energy and the environment, including on the Obama-endorsed Paris Agreement. Trump in 2017 announced the U.S. would pull out of the agreement.

“I will not sacrifice tens of millions of jobs, thousands and thousands of companies, because of the Paris Accord,” Trump said. “It was so unfair. China doesn’t kick in until 2030, Russia goes back to a low standard, and we kicked in right away. … It would have destroyed our businesses. … We have done an incredible job environmentally. We have the cleanest air, the cleanest water, and the best carbon emission standards that we’ve seen in many, many years.”

“We have a moral obligation to deal with it,” Biden said.

“It’s going to create millions of jobs and it’s going to clean the environment,” Biden said. “Our health and our jobs are at stake.”

Biden also said he would “stop giving federal subsidies” to the oil industry.

Trump and Biden also had a sharp disagreement on immigration.

Trump touted what he called “400 miles of brand new wall” along the border with Mexico.

“And we let people in, but they have to come in legally,” Trump said.

Asked about a report that the parents of more than 500 migrant children cannot be found, Trump said “we’re trying very hard” to locate them.

Biden criticized the Trump administration for separating the children from their parents: “They separated them at the border to make it a disincentive to come to begin with. … And it makes us a laughingstock and violates every notion of who we are as a nation.”

Biden defended the so-called catch-and-release program, which was used in Republican and Democratic administrations.

“You had a family come across and they were arrested, [and] they in fact were given a date to show up for their hearing. They were released. And guess what? They showed up for a hearing,” Biden said.

Trump said the program did not work.

Franklin Graham: Pope Francis’ Attempts to ‘Normalize Homosexuality’ Is to Say the Bible Is False 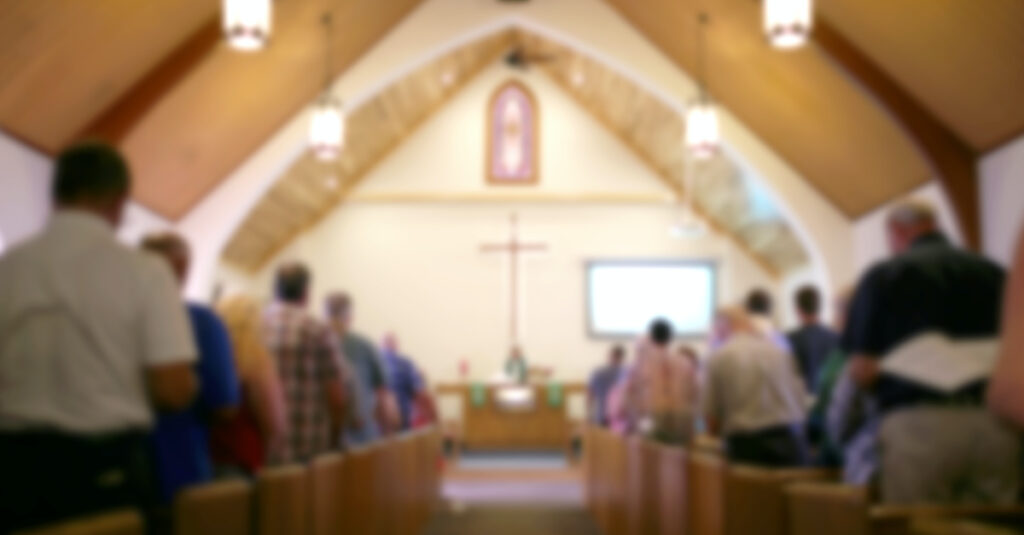