Thousands protest at Balfour, call on police not to repeat ‘terror’

Protest organizers suggested to the ‘Post’ that those inciting among protesters may not have come from the event’s supporters, but rather may have been sent there to ignite clashes.

Thousands of demonstrators gathered in downtown Jerusalem and thousands of others in locations across the country on Saturday night to protest against Prime Minister Benjamin Netanyahu, as protesting organizations called on police not to repeat the “terror” that had occurred in previous demonstrations, referring to clashes between protesters and police.

“What happened last week was extreme,” Ronit Ernfroind, one of the protest organizers, told The Jerusalem Post. “There was law breaking from law keepers. We do not intend and did not intend to be violent. We are not provocative.”

She expressed a growing concern among protest organizers that those inciting among protesters may not have come from the event’s supporters, but rather may have been inserted to incite violence.

Police announced on Saturday night that after High Court instructions to lower the volume of protests were not followed, “police were forced to enforce the High Court decision and stop the noise.”

The Israel Police claimed on Saturday afternoon that some of the protesters were planning to attack policemen deployed at the weekly protest near the Prime Minister’s Residence.

The “Black Flag” movement, one of numerous organizations participating in protests, denied the allegations.

Police simply claimed that the situation “had been handled.”

Asaf Agmon, one of three central organizers of the protests, told the Post that he and the two other organizers, Ernfroind and Amir Haskel, and many others, had written letters to the acting chief of police and to the attorney-general over “the illegal actions of the police according to the High Court.”

Police additionally created barriers along the borders of the protests, though the barriers were placed significantly farther from the center of the protests than in the previous events – a decision which organizers did not fail to recognize.

“The police widened the space we have, so in case of disaster, there is room to move,” Agmon told the Post. “I hope this prevents the possibility of disaster. Protesters came to demonstrate – not to be violent; not to attack police.”

Nevertheless, the Black Flag protesting organization claimed that police were not allowing people to enter with air horns, despite explicit instructions by the High Court of Justice to allow them in.

“This is not jail,” Ernfroind said. “There cannot be police suddenly blocking exits for no reason. They must be professional. We intend to keep the law.”

High Court instructions for protests state that from 9:30 p.m., loud noises such as air horns, drums and the like are prohibited, and after 11 p.m., the use of amplification such as microphones and loud phones are also prohibited.

“If people stay and be quiet and police nevertheless use force, the police are breaking the law,” Ernfroind told the Post. “If police activate water cannons, it is a violent act. If police act against the instructions of the High Court, the responsibility of the violence is on them.

“There are no first aid medics here,” Agmon added, explaining that the police are failing to take care of potential security risks. “People could be hurt and we cannot get aid. This reflects an issue that repeats itself in so many places throughout the country. There is nothing to prevent harmful actions such as terror.”

Agmon also expressed concern over the number of police officers stationed around the protests, explaining that he hopes “nothing makes the police lose control and begin using force.”

The anti-Netanyahu organization stated that if Jerusalem police chief commander Doron Yadid truly wanted to keep the peace surrounding the demonstrations, “he should keep the abusive police officer Nisso Guetta away and remove the illegal metal barriers around the demonstration compound already tonight.”

The Black Flag protesters at HaSira Junction in Herzliya say they saw someone drive by with his car window open and with a firearm pointed threateningly at them. The Black Flag protesting group called the event “a direct continuation of Netanyahu’s incitement,” adding that “the violence will not scare us.”

Simultaneous demonstrations were held in 18 cities throughout the world, with many people showing solidarity with those protesting in Israel, mostly Israeli ex-pats.

At the same time, approximately 2,000 protesters gathered in front of the prime minister’s private residence in Caesarea.

“The defendant [Netanyahu] created a criminal subculture: a culture of bribery, of lies,” said former IDF chief of staff Dan Halutz in Caesarea. “Respect, money and power are his and his government’s logo.”

Protests on Friday had gotten violent, with police storming a rally and removing hundreds of protesters.

Gil Hoffman and Daniel Nisinman contributed to this report. 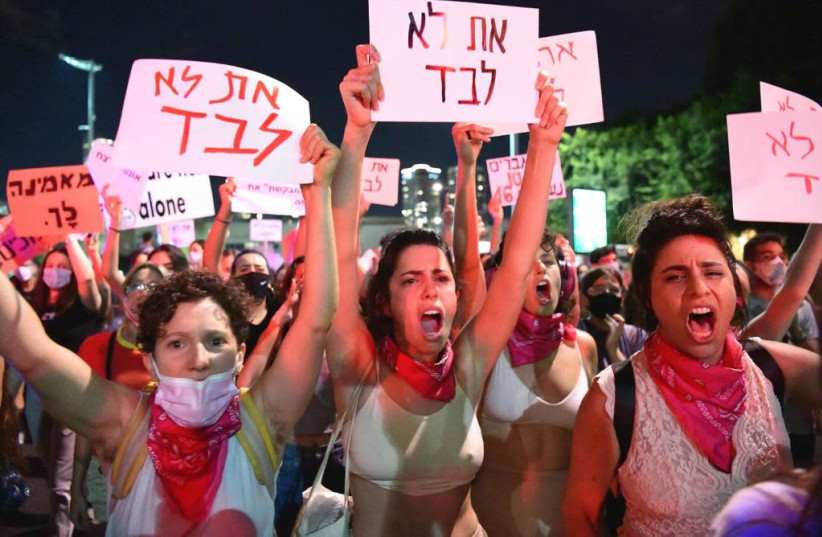 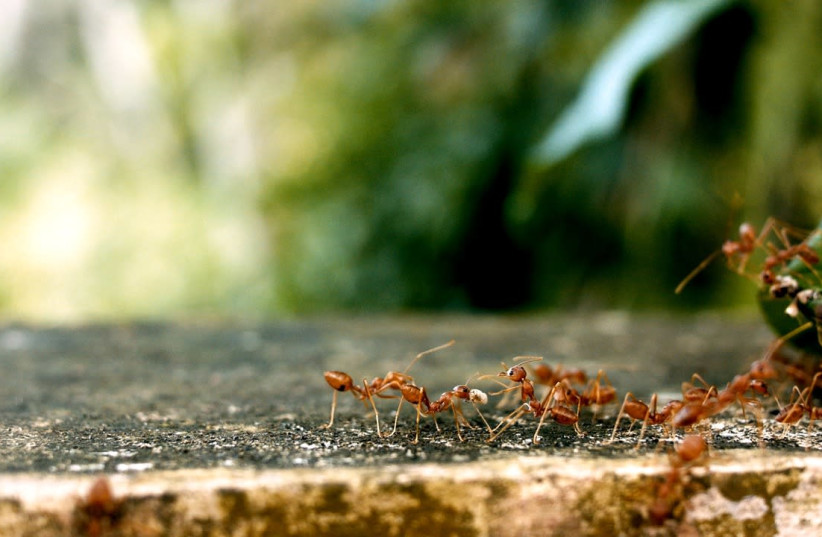