“It is the time for unity among the people. For a government that will work for the citizens, will mend the rifts and put an end to the incitement and divide and conquer of the era of Netanyahu.”

Thousands of Israelis gathered in several locations across the country on Sunday evening to celebrate the new government being sworn in and the end of Benjamin Netanyahu’s 12-year reign as Prime Minister.

Protesters from multiple anti-Netanyahu protest organizations gathered to celebrate in Tel Aviv’s Rabin square on Sunday evening as the Knesset convened to approve the government, while protesters in Jerusalem marched from the Knesset towards the Prime Ministerial residence in Balfour.

Caravans of demonstrators supporting the government gathered at a number of locations across the country.

In Rabin Square, protesters brought a foam cannon to celebrate the new governments, after legal requests to fill the square’s northern pool – which protesters have long planned on jumping into on the night Netanyahu leaves – were denied by the Tel Aviv Municipality.

The “historic change” of a new government was a direct result of anti-Netanyahu protests, said protest organization Crime Minister. “It is the time for unity among the people. For a government that will work for the citizens, will mend the rifts and put an end to the incitement and divide and conquer mentality of the era of Netanyahu.”

Likud activists called for the new members of the opposition to boycott the swearing-in of the new government. The possibility of such a boycott will be discussed by the bloc that supports the Likud, a party official told Maariv.

Darkenu, an NGO that works to “strengthen Israel’s democratic and Zionist character,” will gather outside of the Knesset at 2 p.m. to release blue and while balloons in support of the new government.

“We have forgotten it, but the swearing in of a new government  — any government — is an uplifting, happy, historic moment that gives hope and light for a better future. This time more than ever we are filled with hope and prayer that the unity government that will be formed will bring Israel back to a positive, unifying path that will leave behind the hate speech that has torn the people apart for the past few years,” said Darkenu CEO Yaya Fink.

Anti-Netanyahu protesters gathered at the Prime Minister’s Residence Saturday night as well as across the country.

Several attendees noted the triumphant tone of the protests in contrast to the more somber ones in the past, such as the “silent vigil” held after the Mount Meron tragedy.

Former defense minister Moshe (Boogie) Ya’alon also said that the new government is the result of anti-Netanyahu protests when he addressed the crowds.

“Friends, you did it. You did this when you were attacked as traitors, anarchists and disease spreaders. You did so even when the mainstream media ignored the protests,” he said. “If the government is replaced tomorrow, I can say that this is the longest hostage rescue operation I have participated in. The protest movement has become the main tool for saving Israeli democracy and the future of the State of Israel, you are the pillar of fire before the camp.” 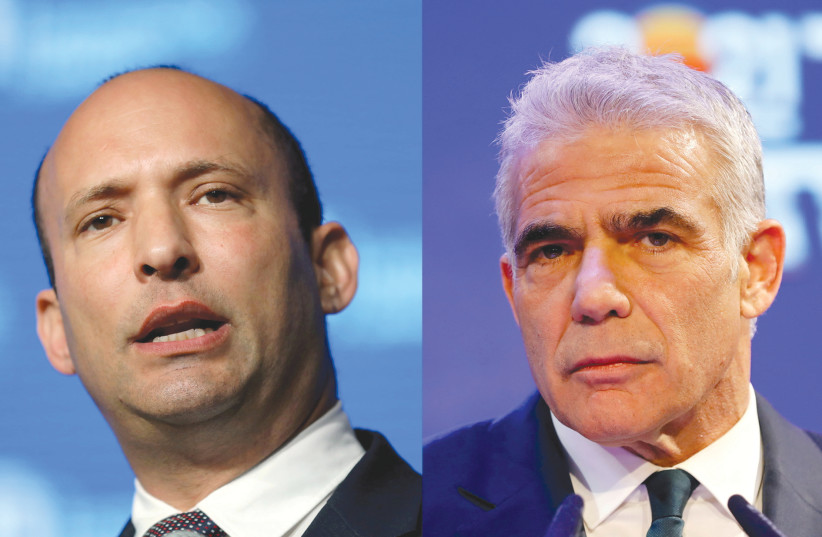