The Trinity Is Missing from Christian Worship Music

The Trinity almost never comes up in the songs sung by American Christians, according to a new study of the 30 most popular hymns and the 30 most popular worship songs over the past five years. Evangelical churches mostly sing about Jesus, with only occasional references to the Father and few (if any) mentions of the Holy Spirit. Songs that mention the relationships within the Godhead are even rarer, according to researchers at Southern Wesleyan University.

“In the music we sing, it seems like we’re not as Trinitarian as we think we are,” said religion professor Michael Tapper, who helped direct the study.

According to Tapper, lay Christians learn a lot of their theology from their music. He has found that many Christians can’t name the topic of the last sermon they heard and many can’t quote even fairly popular Bible passages, such as Romans 12:1–2. But almost anyone who has been to an evangelical church in the past few years can complete the sentence “You called me out upon the _____.”

The interdisciplinary lyric analysis—done by Tapper, English professor Britt Terry, and religious studies student Jacob Clapp—was following up on a 2015 study, which found no major differences between the content of popular worship music and popular hymns, despite common criticism of the supposed shallowness of contemporary choruses.

The Southern Wesleyan scholars used copyright information to assess the most popular worship songs and searches on Hymnary.org to assess the most popular hymns. The average age of a worship song in the study was seven years old. The average age of a hymn was 165 years old. The study did not find a notable difference in the theological content of the older and newer songs. 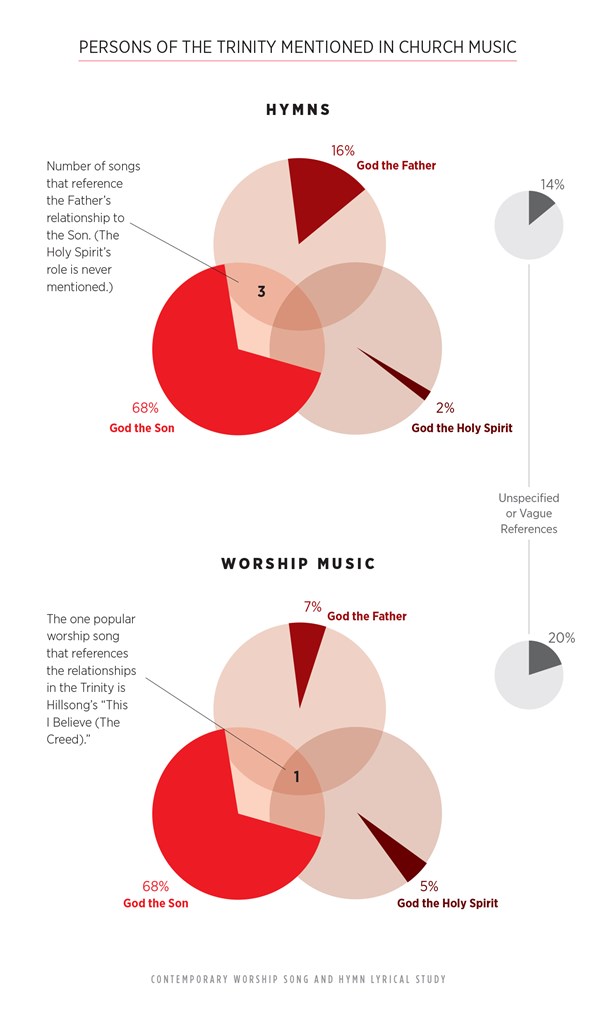 “We love contemporary worship music and we love the hymns,” Tapper said, “so this is meant to be a constructive project. We really want to promote balance. Let’s sing songs about Jesus, but not to the exclusion of the Father and Spirit.”

Ten christian songs that include the Trinity: 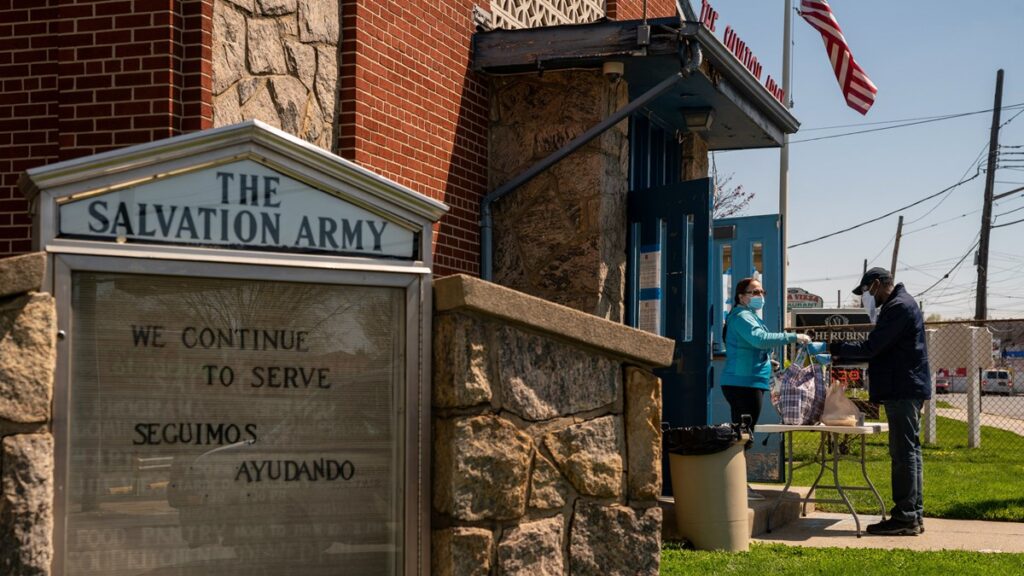