The Philippines Has the Longest Christmas Season in the World

Written by The Ministry of Jesus Christ on December 21, 2021

A mall-shop worker putting up Christmas décor might seem an ordinary sight in December, November, or even October—but this was August.

“I took a video on the phone. I had to document it,” said Steve Pardue, who grew up as a missionary kid in the Philippines and now serves as program director at the Asia Graduate School of Theology in Metro Manila.

The majority-Catholic nation has been heralded for the world’s longest Christmas season, typically spanning from September to January or February, depending on the date of the Lunar New Year. What made the moment in August even more striking for Pardue was that the Filipinos’ months-long merrymaking was continuing despite ongoing COVID-19–induced lockdowns.

While American Christians lament the “Christmas creep” beginning around Halloween, the majority (if not almost all) of Philippine society begins playing Christmas tunes and lighting up the streets at the start of the -ber months: September, October, November, and December.

Glowing Christmas star–shaped lanterns and belens—the electrical, digital, or physical representations of Joseph, Mary, and the baby Jesus huddled together by the manger—are put on display. The colorful lights can be seen almost everywhere, from the poshest subdivisions to the humblest shacks.

For the country’s faithful, the extended public Christmas celebration—fueled by commercial forces more than christian devotion—can both enhance and detract from “the reason for the season.”

For Bishop Chito Sanchez and his wife, Pastor Rachel Sanchez, a Filipino couple who lead River of God Church in the National Capital Region, the long traditional celebration has led them to emphasize the theological distinctives of the holiday come Advent time.

“I push the salvation message and push [the congregation] out of the gift giving and the celebrations,” said Chito Sanchez.

When Pastor Chad Williams of the Union Church of Manila moved to the Philippines two and a half years ago, he was “blown away” by the openness to belen displays everywhere, in contrast to the US legal clashes over public Nativity scenes.

But there’s also a downside. “If the belen is everywhere and [Christmas] is so long, the [season] loses some of its emphasis—the beauty of it,” Williams said.

To him, the question for churches becomes “Now, how do we stay Christ centered in the middle of all of that?” The long Philippine Christmas season “is a cultural phenomenon. We can either use it for the glory of the Lord or get sucked into it.”

The calendar between September and January is packed with cultural and religious observations—with Christmas Eve and Christmas Day at the pinnacle (a result of three centuries of Spanish colonialism, which spread Roman Catholicism throughout the islands).

There’s Halloween, All Saints’ Day, and All Souls’ Day, which pay respect to the dead. Then Bonifacio Day, on November 30, commemorates a Filipino leader who fought for Philippine independence against 19th-century Spanish colonizers. On December 8 is the Feast of the Immaculate Conception, when Catholics express their belief of the perceived sinless nature of Mary, mother of Jesus.

Christmas season hits its stride once the Catholic church holds the Simbang Gabi (“evening church”), a nine-day series of dawn masses that end on Christmas Eve. Then after Christmas Eve and Christmas Day come Rizal Day on December 30, the commemoration of another national hero who made a stand against tyranny; New Year’s Eve on December 31; New Year’s Day on January 1; and the Feast of the Magi on January 6, which is traditionally when the decorations come down.

Lately, though, some keep the celebration going until the Lunar New Year.

The Philippines has been often called the “only christian nation in Asia” and has the third-largest Roman Catholic population in the world. Around 81 percent of people are Roman Catholic and 11 percent are Protestant, according to the Pew Research Center.

Yet the gradual, informal stringing of holidays surrounding Christmas is probably more rooted in commerce than culture, says Felipe Jocano Jr., a cultural anthropologist at the University of the Philippines (UP).

Now in his late 50s, Jocano remembers when all that festive preparation happened only during the first week of December or after Halloween at the earliest. Two major economic shifts from the late 1990s helped to alter that calendar: the rise of the Overseas Filipino Workers (OFWs) and the emergence of the call center/business process outsourcing (BPO) industry.

OFWs take jobs as contract workers in various countries (say, as service workers in the Middle East or health care workers in the United Kingdom) and send earnings as remittances to their families at home. As of 2019, there were 2.2 million OFWs, and their remittances in the first four months of 2021 reached $11 billion (US).

Almost simultaneous was the explosion of call centers and BPO centers in the Philippines, starting from the capital and then expanding to the other major cities and provinces. The industry took off as American, Canadian, and European companies employed IT workers overseas. It now includes 1.32 million workers and brings in $26.7 billion (US) in revenues.

During the 1990s, the middle class grew to have more spending power, Jocano noted, with spikes in remittances during town fiestas and ahead of Christmas. It was also during this time that the popular malls sprouted all over the archipelago, starting with the capital and the major cities.

They became places not just for shopping and entertainment but also for community-oriented businesses, such as banks, daycare centers, salons, gyms, and clinics. Before long, enterprising churches, Roman Catholic and evangelical alike, began holding their respective Masses and services in the mall’s chapels, conference halls, and theaters.

Prior to this, Filipino Christians would attend their Catholic Masses or evangelical worship services on Christmas Eve and Christmas Day, then celebrate afterward with family and loved ones.

“The malls precipitated a shift [in] our spending habits,” Jocano explained. “They became the opportunity for the new middle class to bring the family out. … It was probably how the Christmas season became longer—to encourage the family to spend. The economy became a factor of cultural change.”

So when Pardue posted on social media the video capturing a mall worker in the early days of prep back in August, it was a bit of a wink and some Christmas cheer—with a real economic undercurrent that has implications for the Christmas message.

“All these stores are struggling to keep up, and they are trying every trick in the book to get people to spend,” Pardue said. “That has a negative message that can crowd out the gospel.”

Yet the pastors and ministers interviewed for this article say that despite the creep of commercialism during the long season, the message of the gospel does not become diluted.

“It does not affect the church in any way. The absence [or] the presence of decorations does not make the season more christian,” said Rev. Dr. Norman Manlapaz, associate pastor of Bread from Heaven christian Fellowship in Las Piñas. “Jesus is Lord regardless of the season. Whatever we preach on the pulpit is evangelism, whether or not Christmas is long or short.”

Others also regard the long celebration as a way to further spread the gospel, especially because terms related to Jesus and Christmas are often mentioned during this time. The Joshua Project indicates that the momentum and opportunities to evangelize remain strong: It pegs the annual evangelical growth rate in the Philippines at 3.1 percent, higher than the global rate of 2.6 percent.

Pardue shared an insight given by his non-Filipino, international theology students who “come from countries that don’t have a strong christian presence. In their observation and their context, this long Philippine Christmas is one of the key moments where they can talk about the gospel to their countrymen.”

“The secular forces are bringing Christianity everywhere. Alongside that comes the opportunity to have gospel conversations,” he said. “The season so permeates culture that you might have more extended opportunities to bring out the reason—Jesus—for the season.”

In Makati City, widely regarded as the Philippines’ equivalent of a larger Wall Street, Williams sees an opportunity for speaking more openly about Jesus’ incarnation.

“The season is far larger [for] us. How do we use the belens? How do we talk to our neighbors about the incoming incarnation of Christ when they start putting [the belens] up?,” he asked. “I’m not going to shorten or lengthen it. I want to explore how to use it.”

The Sanchezes are versed by now when it comes to the long Philippine Christmas, having founded River of God Church 22 years ago. The cultural backdrop shapes how they engage with non-Christians during the holidays.

Chito Sanchez sticks to one message: “The true spirit of giving is having a relationship with God. That is the gift we can give others. Let’s not expect presents, but the present is the Word of God.”

Rachel Sanchez also veers away from the material to hone in on the essential.

“The essence is love, and it’s about making [the one you are speaking to] understand that it is about the love of God,” she said. “This can also be a time for family. We get together for the long holidays. The OFWs come home.”

Filipinos are known for their close families. There’s a cultural expectation that family will bear each other’s burdens. Older siblings help foot the educational fees of their younger brothers and sisters. Grandparents act as nannies. When an emergency hits, everybody chips in.

For Filipino families across social classes, giving and altruism are not a one-day affair for Christmas but a way of life. No wonder the belens are irreplaceable images once the decorations start appearing across the metro area. The salvation promised by the incarnation of Jesus is perceived not through an individual lens but through a collective one that comes close to home.

“The [truth about the] Holy Family was brought in by the Spaniards and resonated with an element already present in our culture,” said anthropologist Jocano. “That is why it looms so large in Spanish Catholicism. The interpretation of Christmas is oriented along the lines of the family.”

The family reunions at Christmas also become an instrument to resolve ongoing conflicts, put aside differences, and forgive each other.

Filipino Christians extended that sense of family and empathy to their spiritual brothers and sisters, giving sacrificially even during the worst parts of the pandemic’s lockdowns. Like most countries, the Philippine economy took a battering.

Still, as Chito Sanchez noted, it was during this ordeal that “our tithing and the love offerings doubled.” The monies are critical in continuing River of God’s ministry to the urban poor, feeding 3,000 people monthly in the communities of Paco and Pinagbuhatan in the National Capital Region.

With financial support continuing to increase during the pandemic, the Sanchezes have been able to hold revival meetings in provinces like Bacolod, Negros, and General Santos City, with the latter drawing about 1,000 people in attendance. Gatherings have already been scheduled for the first quarter of 2022.

Pardue’s pastor friends had the same experience. Although the tithing amount dropped in their respective churches, it wasn’t “as much … as they expected. Yet people were mo

Jesus Christ: The greatest gift of all 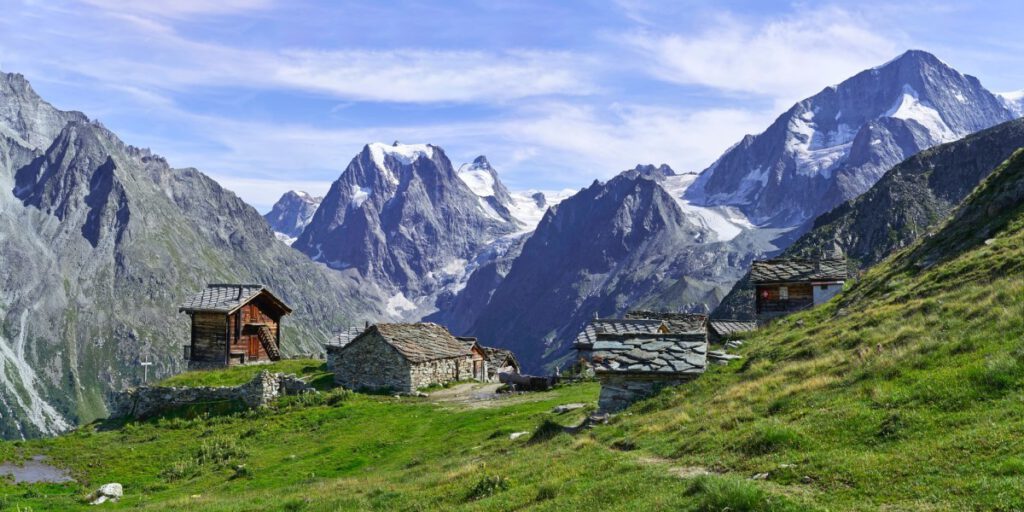