The Global Church’s Mission for the COVID-19 Vaccine Rollout

Written by The Ministry of Jesus Christ on December 24, 2020

This Advent, christian global health professionals feel deeply the longing and expectation characteristic of the season amid the preparation for the rollout of the COVID-19 vaccine. While our world awaits the end of the pandemic and the darkness feels very present, the hope of some reprieve shifted toward realization when healthcare workers in the UK and then the US and Canada received the Pfizer vaccine in the last two weeks. Approvals of two other viable vaccines from Moderna and AstraZeneca are expected soon. Yet as christian professionals work to improve health for the most vulnerable, a swirl of controversies and logistical challenges to delivering the vaccine clutter the way.

Thabani Maphosa, who oversees vaccine distribution for low- and middle-income countries around the world through his role at Gavi, the Vaccine Alliance, views his responsibility in light of the experiences God has seen him through. As a child growing up in Zimbabwe, Maphosa suffered from bilharzia (schistosomiasis) because of the quality of the water and also survived measles, which is a leading cause of death for children under five in Africa.

“Every time I think about how good Christ has been to me personally, I cannot ever think of how I can repay him,” he said, referencing Luke 12:48. “There is so much I can give back because of the gift of life that I have. … I do it in recognition of those around me who are still struggling through this.”

Martha Newsome, president of Medical Teams International, met Maphosa while working at World Vision in Johannesburg, South Africa. She recently interviewed him for CT about how the church can be involved as the COVID-19 vaccine becomes available globally, particularly as the low-income countries are waiting at the back of the line.

I know there are some real differences in terms of these three vaccines. Is there one that Gavi is more likely to be working with or helping low-income countries to use over the others? What are the challenges in transporting and storing these vaccines?

The COVAX facility [which was founded to procure the COVID-19 vaccine] decided to have a portfolio of vaccines, meaning we are not focusing on one. The countries have a voice in what they need. We work with co-financing or co-sharing. What that means is it’s about [each country’s] contribution. [It’s not about who else is] funding or contributing, but they each have some skin in the game as well.

The Pfizer vaccine is using mRNA technology. Of course, the Moderna one sits in the same realm, but they have different profiles as far as their refrigeration requirements. While Moderna stores at -20 degrees Celsius (about the temperature of an average freezer), the Pfizer one needs to be stored between -60 and -80 degrees Celsius. Many of the countries we work with will have a challenge in terms of the infrastructure.

However, the Ebola vaccine actually sits at the same temperature range for the cold chain as the Pfizer vaccine. So, you will have a few countries that have had Ebola responses, like Sierra Leone, Liberia, Guinea, Democratic Republic of Congo, and Uganda that actually have some cold chain and are able to deliver that.

Then, there are some countries, such as Myanmar, that have a high disease burden at the moment but feel they would rather get the Pfizer vaccine because it may have less competition.

We’ve also been working with AstraZeneca, and we have a deal with a vaccine that is within the temperature range that is acceptable for many of our countries. But then there’s a tradeoff of time. If the Pfizer one is here now, are you willing to wait for the cheaper one that may come four months down the road?

The number of technologies that we get to work with allows us to deal with multiple supplies in a supply-constrained environment.

Since we know demand is going to be so high, how do you think Christians can be involved in ensuring that there’s an allocation based on fairness and need? Where does justice come in here? As you’re looking at equitable access across the world, is there a role for Christians and churches?

I think so. What I will lean on here is the biblical view: “Love your neighbor as yourself.” If we were to think about who is our neighbor in this world but also in COVID times, you cannot treat China as not being your neighbor. Physical distance means that China or Africa or the US is so far removed geographically. But COVID has actually shown us that we are much closer and much more so neighbors than we actually think.

That principle says that, yes, governments will always have obligations to protect their citizens, but governments must recognize that protecting their citizens without dealing in a way that is coordinated is still risky.

How do you think Gavi could utilize christian ministries to reach refugees and highly vulnerable populations?

Gavi is in the design phase for a humanitarian buffer of doses for the vaccine. As we design that, I do see that as an opportunity where christian organizations could contribute. The COVAX facility is structuring in three pillars: One is 92 low- and middle-income countries [that need financial support], then there are self-financing countries, and then there’s the humanitarian buffer—these are wealthy countries who can give doses from their own purchased supply. This is where we may reach these populations that may be missed because they’re not included.

I’ve been saying in a number of conversations that the COVID vaccine is the most political vaccine that we have ever had. What that means is that the church could be a voice holding governments and everybody accountable for actually reaching the most vulnerable and the hardest to reach. We need to make sure that somebody speaks for the voiceless. The risk of the COVID vaccine being one that is given to the political elite is giving all of us at Gavi sleepless nights. The global church and the church at large could speak into those issues.

I see [christian ministries like] Medical Teams also able to contribute technical needs, supporting governments where appropriate, whether it’s in risk communication or other things. They can strengthen the country’s readiness to actually take up vaccines as fast as possible.

Many Christians in the West may not know how much the church is part of the health infrastructure in Africa. It’s much bigger than people might realize. How can christian nonprofits support that infrastructure?

It could speak to the communities and make sure they take this vaccine to protect themselves, their families, and their economies. The disproportionately affected are the poor. So, when we speak of this as a political vaccine, it is also a vaccine that is really going to halt the slide to poverty that we see—both for those living on the edge and those it has pushed over.

This period disproportionately affects women and girls. The statistics that I have is that the number of school-aged girls who have fallen pregnant during this period is so high. There are a number of girls that are not going to go back to school when we come out of this season. The sooner we stop this, the sooner we save those girls and give them a chance. There is the number of women who have been exposed to violence as well because people have been spending an inordinate amount of time in close spaces.

So, there are a number of social and economic ramifications that all of us want to get out of very fast and which the church would agree are important things to do.

We have a lot of work cut out for ourselves. Is there a historical example that you can recall of seeing the church engage in such a time like this?

A much closer example to today’s world is really Ebola. We both worked [at World Vision] on Sierra Leone and the West African countries, and it is fair to say that the role of the church and the faith community was significant in changing the practice of burials. [The traditional practice of washing the body after death led to high transmission rates of Ebola until faith leaders helped modify burial protocols]. The vaccine is an important piece, but there are other behavioral issues where the church comes to play a role. In the US right now, you are dealing with a partisan approach to masks. The church could play a very important role on the behavior-related issues in this regard.

Historically there’s been a concern that poor countries or vulnerable populations are used as the guinea pigs of new and experimental treatments including vaccines. Certainly a concern in the US is that people of color may be quite reluctant to get the vaccine because of a historic, painful legacy—the Tuskegee experiment being the most well-known. But concerns about being used for experiments have also been raised in the Ebola vaccine trials and among developing country populations. So, how do you think minority churches or churches in low-income countries could navigate those concerns?

That is one tough question. From a practitioner’s perspective, the process of vaccine development has become so tight in terms of steps and thresholds that have to be met and satisfied. Sometimes there’s a risk of having adverse events. We should not shy away from acknowledging that once in a while there’s a small percentage of the population that may react in a way that is not intended or optimal. But by and large, as the facts tells us, it’s a much lesser proportion. We will move as fast as the speed of science allows us to. But we will never move at a speed that actually undermines our work and other success.

To address mistakes that may have been made in approach: There’s a growing body on ethics, not just on vaccines but in broader medicine, that are being applied. We hope that will continue to make everyone accountable.

I’ll also make an interesting statement that I’ve made many times. Viruses

Why There Are So Many ‘Miraculous’ Stories of Bibles Surviving Disaster Lawyer for Netanyahu tried to ambush judges in his trial – report 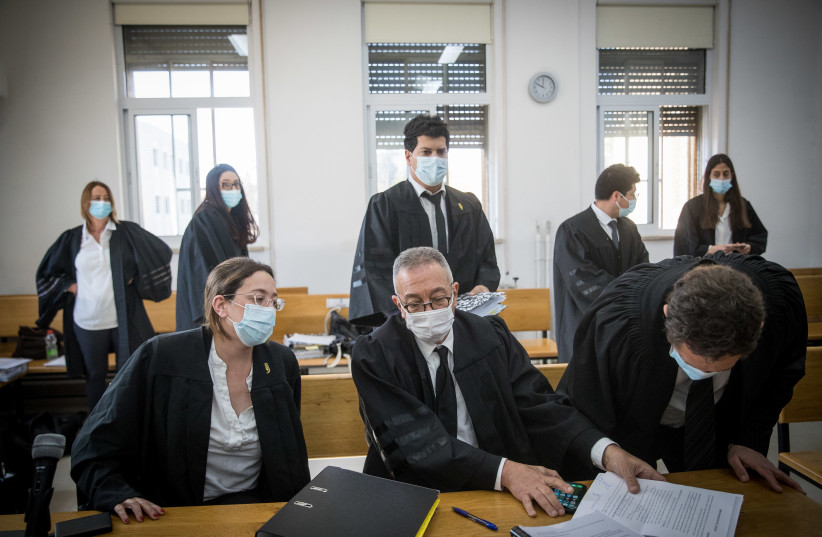