The DC Mayor Doesn’t Get to Define Church

Since the spring, christian commentary on COVID-19 restrictions and church closures has focused on the authority of government. Do we as Christians believe the Bible gives Caesar the authority to ask churches to cease gathering in times of emergency?

That’s a conversation worth having. Yet an equally important theological question has quietly lurked in the shadows, which many Christians have missed: What is a church? More specifically, must the members of a church gather on a weekly basis to be a church?

A recent lawsuit has brought this theological claim into the light. Capitol Hill Baptist Church (CHBC) in Washington, DC, served DC Mayor Muriel Bowser with a complaint and restraining order in federal court. It argues Bowser’s limits on public gatherings violate the church’s first and fifth amendment rights to gather as a church.

Since June CHBC has been meeting across the Potomac River in Virginia in another church’s field. The church first requested a waiver from the mayor’s office in June to be able to gather outdoors with social distancing. In September it was denied. Now it is taking legal action by pointing to the mayor’s own participation in recent mass protests and by asking for the same opportunity as protesters to gather.

CHBC does not contest the government’s right to require churches to refrain from gathering temporarily for reasons of public health. It is, however, asking the government to recognize that the gathering is essential to a church being a church.

This case becomes interesting because it raises questions about the government officials playing theologian, as CHBC has one definition of a church and the mayor has asked them to adopt another. But it also reveals how the American church itself has evolved away from an understanding of church as a single gathered assembly.

Gathering Makes Us a Church

CHBC believes that the New Testament defines a church as a single gathering, as did most churches for 1,900 years—between Pentecost and the 1960s. The Greek word that our English Bibles translate as “church” (ekklesia) literally means “assembly.”

A church is more than an assembly, of course. You also need biblical preaching and the mutual recognition of heavenly citizenship believers provide one another through the ordinances (e.g., Matt. 18:19; 1 Cor. 10:17). Further, we should expect the members of a healthy local church to meet “house to house” throughout the week, like the original church in Jerusalem did (Acts 2:46; 5:42; 8:3; 12:12).

Yet a church is not a church if its members do not all regularly meet together, minus those who are providentially hindered such as the sick, the traveling, the childcare workers, or even the quarantined.

Like millennia of Christians before them, CHBC believes (as do I) that something that never assembles, such as separate services or sites, is not actually a church.

Instead, we believe that each site or service, where Christians regularly assemble for biblical preaching and the ordinances, is itself a church by the biblical standard—not by the fact that the sites or services happen to be united by one vision, budget, board, and legal papers. The 9:30 a.m. service is a church, and the 11 a.m. service is a church, and so with the north campus and the south campus.

Under Dever’s leadership, CHBC has refused to expand to multiple services or sites, even though their building, which is landlocked on Capitol Hill, has been stuffed to the gills for years. Instead it has planted and helped to revitalize nearby churches.

Now, like many evangelicals, you might not agree with CHBC that a church must regularly gather together to be a church. But all of us have a vested interest in not letting government officials set the definition for what a church is.

Washington DC’s mayor—probably like many mayors and governors across the country—expressed her own theological view of church when she stated that churches wouldn’t be closed but wouldn’t be able to “hold services” in person. For those who believe that churches must gather, that’s like saying, “They can play basketball; they just can’t use the baskets” (which actually happened in the District too!). You must have a different definition of basketball than I do.

In place of those gatherings, the mayor’s office pushed virtual options. “Places of worship are encouraged to continue providing virtual services,” say DC’s phase two requirements. The mayor said the same in a June press conference: “We encourage virtual services to continue.”

It’s true that the technology of Zoom or Google Chat gives us some of the benefits of actual presence. Praise God. Yet one can also understand why many Christians at CHBC and around the world sympathize more than ever with the Marine general’s quip, “Virtual presence is actual absence,” a point heartily affirmed by anyone standing on a beach awaiting a Marine rescue.

How many of us, too, are discovering as never before the difference between virtual and actual presence, as we continue to have difficulty physically gathering with our fellow saints?

You struggle with hidden hatred toward a brother all week. But then his presence at the Lord’s Table draws you to conviction and confession. You struggle with suspicion toward a sister. But then you see her singing the same songs of praise as you, and your heart warms. You struggle with anxiety over the upcoming election. But then the preacher declares Christ’s coming victory and vindication, you hear shouts of “Amen!” all around you, and you recall that you belong to a heavenly citizenry allied in hope. You’re tempted to keep your struggle in the dark. But then the older couple’s tender but pressing question over lunch, “How are you really?” draws you into the light.

christian, you and I can “download” biblical truths virtually. Wonderful. Yet we cannot feel and experience and witness those truths becoming enfleshed in the family of God, which both fortifies our faith and creates cords of love between brothers and sisters.

No, Ms. Mayor, I don’t want your theology. My discipleship to Christ needs my fellow saints, and they need me. We’re one body. Gathering doesn’t make us the church, but it does make us a church.

Changes in the Multisite and Multiservice Era

But the DC mayor didn’t conjure this conception of church on her own. We as Christians share some of the blame as our own churches evolved over the decades.

In the 1960s, churches began offering multiple services. In the 1980s, the first multisite churches appeared. And in the early 2000s, the internet church followed. At that very first step—the moment the words appeared on the signs in front of our church buildings, “Services on Sunday at 9:30 and 11”—a theological Rubicon was crossed. We began to use the word church for something that wouldn’t ever assemble all together: service A and service B or site X and site Y or computer screens 1, 2, and 3.

For all the differences between the multiservice, multisite, and internet church, they have this in common: The members of the church do not have to gather together as a single body, yet we still call them, in the singular, a church.

To be sure, the goal is typically evangelistic. Adding services, sites, or even screens seems like a good way to reach more people fast—and good financial stewardship to boot. I’m not denying the pragmatic advantages and the good goals of our multisite and multiservice structures.

But it might be worth doubling back and doing a little biblical investigation of the matter because these structural changes bring not only pragmatic benefits but pragmatic costs too. (My book One Assembly focuses on such investigation.)

And one of those costs might be that our basic intuitions about what a church is have subtly changed. We view church less as a family dinner table, where everyone is expected unless providentially hindered, and more as a performance on stage that we watch and that can easily be reduplicated across multiplex screens.

If it’s true that our basic intuitions have changed, the course of events in the last few months should come as no surprise. Our state governments ask us to temporarily stop gathering, which I think they have the authority to do, and many of us say, “That’s okay. We’ll just livestream or hop onto a Zoom call.”

After decades of retraining our basic intuitions about what a church is, the virtual church doesn’t offend our ecclesial sensibilities like it should —at least not at a principled, theological level.

I am not prescribing one course of action for all churches in this moment. I’m not saying a lawsuit is the right course of action for every church or that Zoom “gatherings” are inherently sinful. My church used them when the quarantines first hit in the spring. I am simply asking the question, Could it be that the gathering rests too lightly on our christian consciences?

Dever thinks so. “We’ve cooked our own pot,” he told me. For decades, we have trained ourselves and the world around us to think that the church could exist without an in-person gathering.

A Family Meal, an Embassy of Heaven, and the Geography of the Kingdom

Whether or not you agree that New Testament church

The Shocking Necessity of Racist Violence 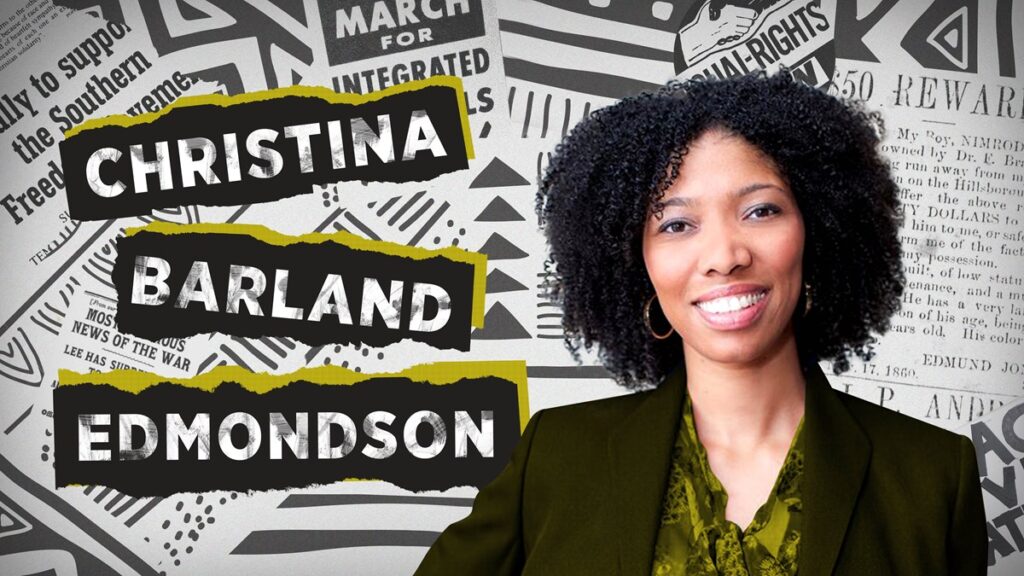 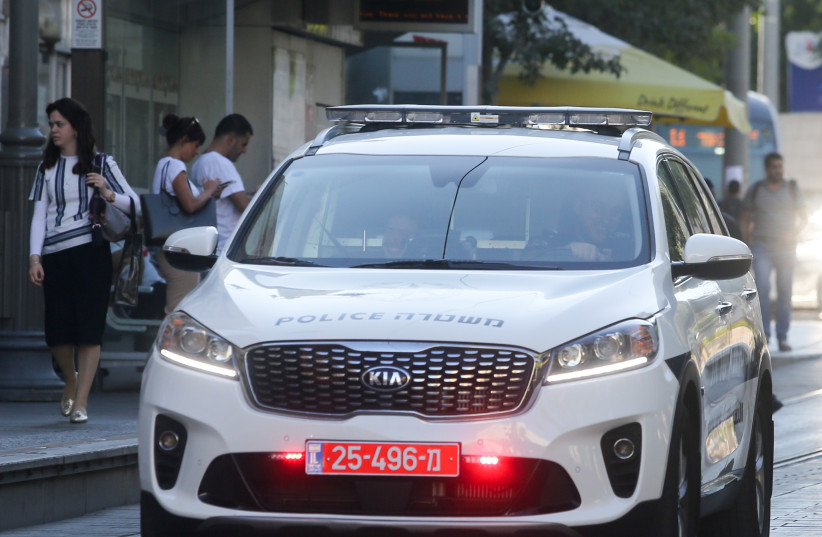