The City That Never Stops Worshipping

Anarchy! Violence! Destruction! All the talk of how American cities are turning into hellscapes is a good reminder that, truly, “there is nothing new under the sun.”

This vein of cultural imagination has a history. In fact, it long predates the nation itself. The medieval poet Dante located the deepest, darkest circles of hell entirely inside city gates. Satan was not only “The Emperor of the Universe of Pain.” He was the ruler of “hell’s metropolis.”

A metropolis was hard to find in the United States prior to the Civil War. Cities were small and in most cases run by wealthy white Protestants, who loved urban America before they left it. Their change of heart was driven, first and foremost, by their inability to see an unprecedented influx of European immigrants as anything other than a dire threat to American democracy. In 1885 leading minister Josiah Strong sounded the alarm about “the dangerous classes,” writing, “It goes without saying, that there is a dead-line of ignorance and vice in every republic, and when it is touched by the average citizen, free institutions perish.”

Thirty years later the pugnacious revival preacher Billy Sunday homed in on the nation’s largest city and delivered one of his signature punches. “There is little hope that the Lord ever will be able to save such a hell hole as New York,” Sunday informed the crowd at the Philadelphia Tabernacle in the dead of winter 1915. He heaped on a laundry list of pejorative adjectives for good measure: “rotting, corroding, corrupt, hell-ridden, God-defying, devil-ridden.” The next week The New York Times published a response by a woman worried that Sunday’s comments would only deepen “the belief of the average American citizen that Nineveh, Sodom, and Gomorrah had nothing on little old New York.”

Such beliefs have, in fact, proven hard to shake. Over the course of the 20th century the image of the godforsaken city never went entirely out of fashion. In the wake of this summer’s urban protests it is, in some circles, back in vogue. As a result, while historian Jon Butler’s latest book, God in Gotham: The Miracle of Religion in Modern Manhattan, focuses on a bygone era (the 1880s–1960s), it could not feel timelier.

Butler offers overwhelming evidence that even New Yorkers could not flee from God’s presence. Most did not try. Instead, some decorated Manhattan’s streets with ornate churches and synagogues, while others turned homes and rented rooms into worship spaces. Attorney Street on the Lower East Side was a noteworthy case in point: “Though only four blocks long, by 1930 it was home to more than fifty Jewish congregations only two of which met in synagogues,” Butler writes. Religious content crowded the city’s newspaper columns and saturated its airwaves too. Nearly everywhere one looked, the Big Apple was shot through with the sacred. “Religion resonated throughout the world’s most populous place,” Butler observes, “sacralizing every kind of space and linking faith to the press of modern life.”

The durability of faith defied the expectations of more than just the city’s sanctimonious detractors. A sprawling scholarly literature on secularization long insisted that modernity spelled certain doom for religion. This theory eventually ran aground on a stubborn fact: In many of even the most urbane places, the predicted disenchantment never came. For Butler, Manhattan is in part a case study underscoring this larger point. “The likes of Max Weber and William James misjudged the resilience of modern religion and mistook what its emerging textures and energies could mean,” he argues.

But it is not merely a case study. A vein of what one might call Manhattan exceptionalism runs through the book. Chicagoans may be inclined to jump out of their seats at Butler’s assertion that the Windy City “approached Manhattan’s complexity but did not achieve it.” But if they can manage to keep reading, they may, by the end, concede that he has a point when he writes that “between the 1920s and the 1960s Manhattan stimulated an outpouring of individual and institutional religious creativity unsurpassed in any other twentieth-century American locale, urban or rural.”

Butler’s evidence includes the contributions of some of the extraordinary Protestant, Catholic, and Jewish leaders who called Manhattan home. A handful grew up there, but many more emigrated from afar. Collectively, their work and witness reverberated not only across but also far beyond the borough. Intellectuals such as Paul Tillich, Reinhold Niebuhr, and Jacques Maritain transformed the way that countless believers understood the meaning of Christianity for the modern world. Activists such as Dorothy Day and ministers such as Adam Clayton Powell and Adam Clayton Powell Jr. sparked momentous, faith-infused movements for economic and racial justice. Meanwhile, Abraham Joshua Heschel’s legacy sprung from both his pen and his feet. On the way to becoming the nation’s best-known rabbi, he published a variety of influential books even while marching alongside civil-rights and antiwar demonstrators.

Butler offers windows into the lives of these luminaries and many more, but he does not rest his case for Manhattan there. As he points out, “These figures seldom worked alone; institutions extended and deepened their messages.” This sentence encapsulates one of God in Gotham’s most unfashionable and yet, at least in the view of this reader, highly persuasive arguments. While acknowledging the prevalent view of institutional history as “unsexy and boring,” Butler counters that this perspective “ignores the real dynamism between common worshipers and religious institutions.” This back-and-forth shaped the life of organizations ranging from Harlem’s Abyssinian Baptist Church to the now-ubiquitous Alcoholics Anonymous. Butler’s commitment to pursuing this institutional angle of vision springs in part from the documentary record, where he finds all kinds of evidence that, in modern Manhattan, religion “was as much institutional and bureaucratic as theological.”

But there is an unmistakable normative dimension to this emphasis too. While New York’s religious institutions had grievous faults—illustrated, for one, by the way that so many white-led churches capitulated to Jim Crow—“they were not merely imperfect,” Butler contends. They were moreover “pliant and soulful.” Not only were they “supple enough to further many worshipers’ aspirations”; they were, in his estimation, “the instruments through which most New Yorkers—most Americans—approached God.” In our moment, so awash in anger with institutions, Butler’s more sanguine evaluation of them will give readers much to ponder.

Readers should find plenty to debate as well. In recovering the vital role of institutions, does Butler overstate the extent to which religious power in Manhattan flowed from the top down? However much Protestant leaders busied themselves “managing their worshipers” and however “rigidly hierarchical” the Catholic church could be, the might of real and prospective pew dwellers remained more formidable than he at points lets on. When they got organized and flexed their muscle in theological, social, and political fights, the clergy—perennially anxious about cash flow and influence—often took heed, however begrudgingly. More sustained attention to the grassroots might have yielded a somewhat different cast of characters too. While Butler underscores the reality that women predominated among the laity, ordained men nevertheless command most of the leading roles in his story.

If there is much here to ponder and debate, there is even more to enjoy. What a pleasure it is to take a tour of Manhattan’s sacred past led by one of the nation’s preeminent religious historians. The experience comes complete with a chance to duck down into the subway, an extended visit to Harlem, and briefer stops in many other neighborhoods. Along the way Butler showcases his ear for the most colorful turns of phrase, including fun 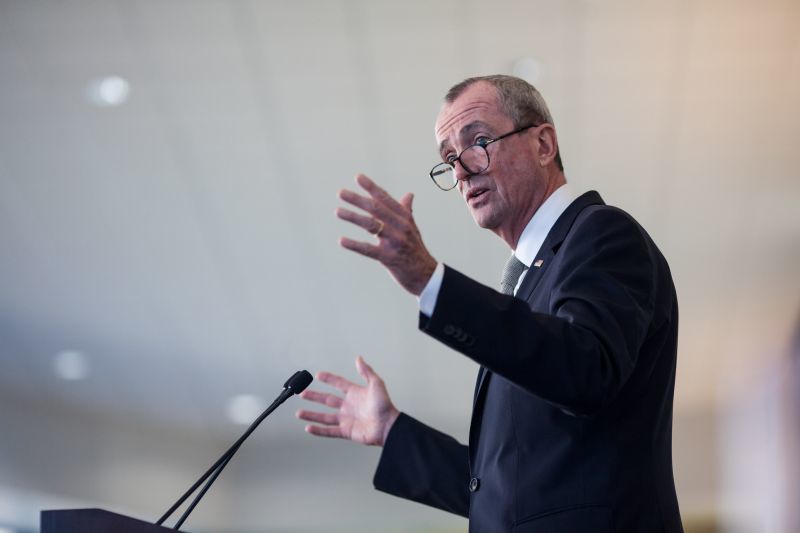