A month ago, the remains of 215 indigenous children, some as young as 3 years old, were uncovered in British Columbia, Canada’s westernmost province. The discovery came through the persistent prayers and consorted effort of the Tk’emlúps te Secwépemc First Nation who wanted to know why so many of their children never returned home from the Kamloops Indian Residential School that operated there from 1890 to 1978.

The people of Tk’emlúps te Secwépemc have known for generations that their children had likely died at the hands of those who ran the schools, christian people charged with their care and education. Chief Rosanne Casimir called it “an unthinkable loss that was spoken about, but never documented.” In most cases, these children died without family members being informed.

These children were among the estimated 150,000 First Nation, Métis, and Inuit children in Canada who were separated from their families and forced to attend residential schools. From their inception in the mid 1800s to their final closure in the late 1990s, these 139 schools were “created for the purpose of separating Aboriginal [First Nation, Metis, and Inuit] children from their families in order to minimize and weaken family ties and cultural linkages, and to indoctrinate children into a new culture—the culture of the legally dominant Euro-christian Canadian society,” according to the final report of the Truth and Reconciliation Commission, a 2015 document on the horrific legacy of residential schools.

Kamloops was a jarring reminder to many of my friends of the deep pain they have experienced.

The report gave voice to myriad forms of abuse, torture, and trauma endured by the children in these schools. To date, the Truth and Reconciliation Commission has identified the names of, or information about, 4,100 children who died, and the report outlines specific calls to action related to finding and repatriating the remains of these missing children.

In the weeks since the discovery in Kamloops, I have listened to the stories of my indigenous friends, many of them residential school survivors or family members of survivors. They also belong to the church where I’ve served for the past two years on a First Nation in southern Alberta. All were grieved but none were shocked by the discovery. Many of them said, “Finally” or, “It’s about time.”

As the country expresses its communal grief through memorials marked by children’s shoes and teddy bears, vigils, walks, ceremonial fires, and prayers, my First Nation friends are opening up in new ways about the trauma that has endured in their families for generations. Their stories are a call to all to listen to the voices of those, both past and present, who have lived through and continue to be impacted by the horror of residential schools.

It is absolutely incumbent on every follower of Christ to know the stories of injustice and pain that their closest neighbors continue to endure. And beyond just Christians, there is a responsibility for every person to know the story of the land they are privileged to call home.

Like the people of the Tk’emlúps te Secwépemc First Nation, my friends have been praying for years for lost children to be found. Our 100-plus-year-old church building is located close to where the former St. Barnabas Residential School operated, and people on our Nation often say that they hear children laughing and crying when no one else is around. The community believes that these are the souls of the children who died while attending the school and were never laid to rest.

Members also experience survivors’ guilt. One elder at the church told me, “When I heard the news, I was shocked that there was so many [bodies found] and that they were so young. … I was only four years old when I went in, but I came home … and they didn’t. I feel very sad for the parents who died without ever knowing what happened to their children.”

Some have been painfully reminded of the abuse that their parents went through in residential school. One friend recounted stories of her father being forced to kneel on an iron rod for hours, staring at a picture of Jesus, as punishment. After years of being “disciplined” in this way, her father’s knees become deformed and were a source of deep shame to him. He never wore shorts.

Her mother was also subjected to horrific practices, including white powder—DDT—being ground into her skull. Even after the pesticide was banned, it was still used in residential schools. Her prolonged exposure resulted in osteoarthritis, and the harmful impacts of that were passed to her children.

Most of my friends speak of the emotional impacts of these schools not only on survivors, but also on subsequent generations. This friend recalls that it was not until her parents completed a trauma program that they were able to show emotion at all. She remembers thinking as a child, “What is wrong with me? Why can’t I hug my dad and mom properly?”

Another friend described her parents as “lost” and similarly noticed that they wouldn’t hug their children or say, “I love you.”

She remembers the day that her grinding hunger was enough for her to succumb to the plea of the nuns: “Come to the House of the Lord, and we will take care of you.” She had always been afraid of the church because of her parents’ and grandparents’ stories, but she believed the nuns would help her and her siblings. As soon as they arrived, the nuns called Children and Family Services and split up her and her siblings for the rest of their childhood. She grew up in a system where she experienced horrific amounts of abuse and violence.

But that is not the end of her story. She now has several children and constantly says to her daughter , “I love you, my girl.” Her husband is her biggest cheerleader. Together, they are raising their children to understand, experience, and express love and affection. I have been a happy recipient of their efforts—one of their children gives me a bear hug every time he sees me.

Kamloops was a jarring reminder to many of my friends of the deep pain they have experienced. But it has also brought about a sense of vindication and hope: vindication that what many First Nations, Métis, and Inuit people have been saying for generations is now known to the wider public, and hope that many more of the children lost to residential schools will be found and finally laid to rest.

The bones of these 215 children are bearing witness to the reality of Canada’s dark secret. The secret is now out and cannot be hidden ever again. In the past few weeks, more graves have been discovered, including 104 children’s bodies on the Sioux Valley Dakota Nation in southern Manitoba and 751 unmarked graves near the former Marieval Indian Residential School in Saskatchewan. We know more will be uncovered.

These atrocities were committed by Christians, people who represented the church and claimed the gospel of Jesus Christ. Many christian politicians defended and rationalized the existence of these schools. And many non-indigenous people in the church today, out of ignorance or stubbornness, have yet to learn about this history. As people who profess to believe in the in-breaking kingdom of God, we must actively seek out the voices of those most marginalized if we want to be a part of God’s kingdom-bringing work on earth as it is in heaven.

For an indigenous person in Canada, the christian church is contested space. Many of my congregants grapple with what it means to belong to a church that has perpetuated cultural genocide. And yet, many are still committed to it. One woman in my congregation said, “I always used to ask my granny how she could go to church after hearing some of her residential school stories. She said, ‘It wasn’t God who ran residential schools, it was people.’”

Our elder was also recently questioned on her decadeslong commitment to the church. She answered, “I don’t pray to church, I don’t pray to religion, I pray to God the Creator, and I need my church so that I can pray.”

The discovery in Kamloops has tested the faith of many in our small community. But several have shared that they need God, prayers, the Bible, and the church more than ever. Another elder said, “Even after going through residential school, my mother read this big Bible and taught us to always say the Lord’s Prayer, whenever we were hungry, cold, lonely, or afraid … she always told us to say that prayer.”

For an indigenous person in Canada, the christian church is contested space.

How can the devastating consequences of residential schools be overcome? The people in my congregation suggest three things: First, end the silence around residential schools among the wider Canadian public; pay attention and really listen to the stories of survivors. Second, since people are not born racist, they say, “Stop teaching people how to be racist.” In other words, work to resist and reverse the sense of inferiority and cultural genocide the First Nation people have

Most Americans Agree with Pastors That Changing Genders Is Immoral: Survey 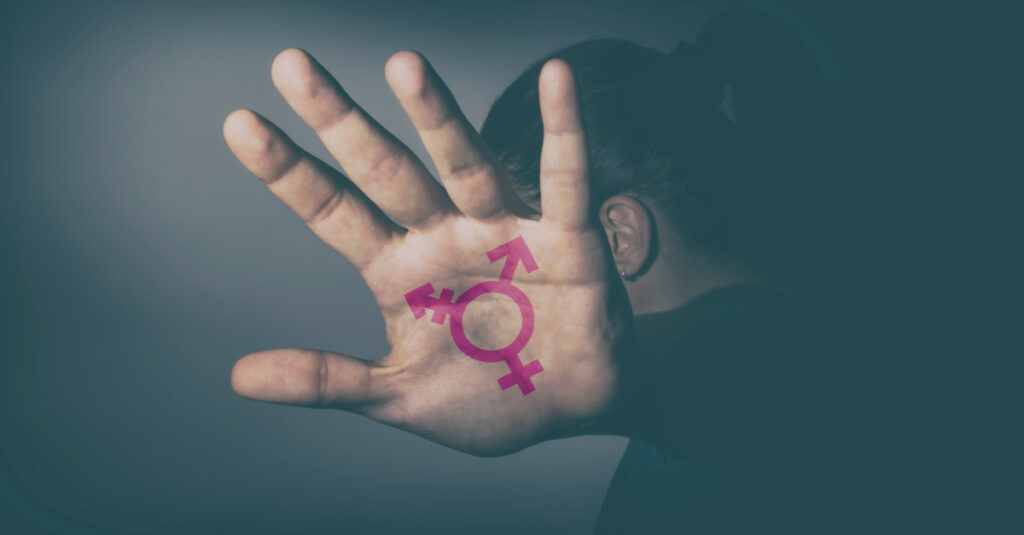