When COVID-19 started to spread last year, none of us knew how dramatically or how long this virus would affect our lives.

As a restaurant owner, I was forced to make critical decisions during the early weeks of lockdown, when people were confused, scared, and trying to make sense of conflicting information about the threat of the virus.

I watched sales drop at each of our locations anywhere from 60 percent to 90 percent as we shifted from dine-in services to carry-out and delivery only. As a result, I had to lay off employees, something I had never been forced to do apart from closing a location.

As a christian, I’ve always been open about how my faith drives everything I do and shapes how I run my business. The decision to dismiss employees was agonizing, but I wanted to come up with the most ethical and moral way to care for those who worked for us. My commitment to leading and caring for people biblically didn’t let up just because times got tough—in fact, I had to lean on God for guidance and hope more than ever.

What’s the most gracious way to cut employees in the middle of an economic crisis and a pandemic? None of us had been through this before, and there were no easy answers. We made sure to keep on the payroll a few individuals who needed to maintain health insurance to care for serious medical issues. We created a three-tier list of employees, ranked by skill level and attitude. We ended up having to lay off those on the bottom tier; thankfully we never had to move to the second tier.

But I wanted to help those I had to let go. I looked for ways to offer support even after they were no longer on my payroll. I emailed them on a regular basis with information about ways to file for unemployment and other available benefits. But people were still angry even after we reached out to try to help. Some didn’t believe the layoffs were necessary and disputed our motives, even going as far as calling us “fake Christians.”

We are grateful that as stay-at-home orders began to lift, we were able to hire people back, but that didn’t mean our problems went away. We encountered new issues.

Among the employees who did return, several were battling drug and alcohol problems. Then, theft became an issue. Thousands of company dollars went missing; certain employees were so desperate that they would pocket cash and steal manager cards to void items and pocket the money they voided.

Other employees returned only to quit once stimulus checks were received. Much like nearly every restaurant in America, we became and continue to be short-staffed. We are now encountering a staffing crisis of such proportions that we have been forced to re-close some locations or reduce hours at others. While we have hundreds of individuals apply to each job posting, despite offering pay 50 percent higher than minimum wage and exclusive sign-on bonuses, they simply do not show up to interview.

The lack of willing workers has strained the entire industry and is now impacting our manufacturers and supply chains. Everything from aluminum lids for our to-go pans to chicken and ketchup packaging are running low. We have over 40 items currently on a watch list that may run out this week. We are talking daily and sometimes more with our distributors to stay on top of it and try to find substitutions, which is simply not always possible.

But the challenges didn’t end with my employees. As a service provider, we found ourselves working to straddle the cultural polarization that accompanied COVID-19. Every decision made garnered scrutiny.

There were individuals on every side of the issue. Some felt it was morally wrong for us to remain open and expose our workers and customers to any danger, or wanted to support us but went to extreme measures to ensure there was no contact with our staff. Others called the virus “fake” and yelled at us for not remaining open as usual.

Once our dining rooms reopened with restrictions, the issues continued. Our teenage servers had to handle more than their job described as they became de facto mediators. Some customers would argue with them about the constitutionality of masks and storm out if told they were required, while others would yell at those same servers if they touched their mask, or if it fell down below their nose.

Faith played a huge part in getting me through.

As leaders, we had the responsibility to communicate and listen well amid all the complications. I heard regular feedback from our employee council, a group that meets with me to discuss employee concerns and suggestions. Even employees were split over mask wearing, so I’d recognize both sides of the debate and focus on our obligation to follow the laws regulating food service.

Thankfully, there were also plenty of customers who showed extreme kindness and understanding, following required mandates, tipping extra, and even buying large quantities of food to support nurses, doctors, police officers and, firefighters.

According to the National Restaurant Association, more than 110,000 places to eat and drink in the United States closed, either temporarily or permanently, last year. It is likely this number may climb as owners continue to struggle without the pre-pandemic crowds. Our team even made the tough decision to close a location in downtown Nashville. While there were a number of factors involved, the pandemic was a catalyst.

Throughout the past year, I worked hand in hand with several restaurant owners through C12, a group of christian business owners across the country. From the beginning, we all worried. It was stressful to navigate the necessary decisions just to keep our restaurants in operation during this time.

I found that these owners tended to have more positive outlooks and recognized this was a season that God would see them through. This outlook was in complete contrast to the perspective of restaurant owners who didn’t share my faith. Faced with the looming predictions of the demise of the industry and their own challenges, many either complained about how unfair the circumstances were or just kept their heads down to work harder through this season.

Faith played a huge part in getting me through. From the beginning, I was honest with my wife and kids that our business may not survive. Still, I can truthfully say that at no time during the past year did I question my faith.

In the midst of their own plagues, wars, famines, and conflicts, the Old Testament prophets are an example that there is a season for everything and that even in uncertain times God has a plan that is much bigger than any of us can imagine. When worry would rear its ugly head during the worst of the pandemic, I reminded myself that I trust a God who is in control, I would ask his forgiveness for my unbelief, and I would start being thankful for what he provided.

Things have settled into a weird normal knowing that the pandemic’s not over, but we are closer to the end than we were yesterday. The bumps in the road are like occasional potholes an 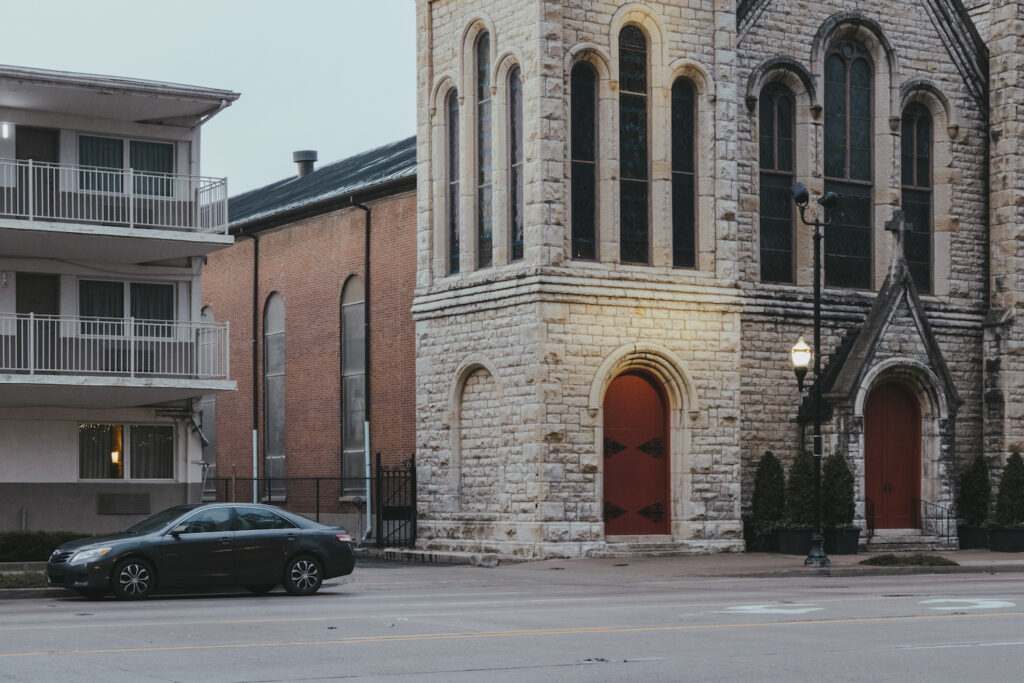