At 6 a.m. and in a 40-degree rain, David Mason arrived at work at the Bowery Mission, New York City’s oldest ministry to those without homes, with addictions, or in need of a meal.

He has been working on the frontlines as a staff “ambassador” serving the city’s most vulnerable throughout the pandemic, without getting sick once, when others were working at home and the city was largely shuttered. He is a steady presence as the mission has seen staff and volunteer turnover.

Even when short on volunteers or kitchen workers, the mission starts the day by offering hot showers, a chapel service, and then breakfast to those on the street. It served 255,000 meals last year and housed 266 adults in its long-term residential programs. The mission’s main location in Manhattan, with its trademark red chapel doors, has been operating since before the last pandemic in 1918.

In this pandemic, though, volunteer numbers have been down and the mission has been short-staffed. About 10 percent of the Bowery Mission’s staff roles have gone unfilled for the past year, according to president and CEO James Winans, and the organization isn’t getting many applicants for those spots.

Winans said the organization set aside money in the budget for those roles “for a reason,” and the gaps put an extra burden on remaining staff. The omicron wave took another 10–15 percent of staff out of work temporarily, leaving the organization scrambling to continue serving hundreds of meals a day and offering shelter and residential programs in five 24/7 locations.

Until recently, the mission’s donations closet was a mountain of unorganized clothes and shoe donations because there weren’t volunteers to unpack and sort. The mission has turned to temp agencies to fill essential spots in kitchens or security and is leaning heavily on people like David Mason. The Bowery Mission is not alone in feeling these pangs.

The pandemic has led people to resign in record numbers across industries, with employees burned out and oftentimes eager for the flexibility of a new remote job. Volunteering has also slumped over the past couple of years. The Big Quit has left the Bowery Mission and many frontline ministries across the country short on help while demand for services has shot up. Across christian shelters, drug recovery programs, food programs, and health clinics, ministries are having to rethink their operations in the long term while remaining staffers are shifting how they see their work. The work these employees do was already heavy and unrelenting, with drug overdose deaths, mental illness, and homelessness climbing.

Mason, though, liked working in-person through the pandemic and was grateful for a job. He’s an introvert but enjoys being with the people coming off the street. He used to work maintenance jobs where he didn’t have to talk to anyone, but now he is starting to see that he is empathetic and good at loving people. Still, working on the frontlines during the pandemic wears on a person.

“You don’t realize in the moment,” he said. “Everything is changing, but you’re just plowing through.”

He recognizes that guests coming to the Bowery Mission feel that too, and when someone getting help speaks harshly to him, he thinks about the stress everyone is under. At one point, as Mason was talking to people outside the entrance, a man who had been in a fight in the mission biked past and cursed at them.

On this particular February morning, men and women knocked on the mission’s chapel door with a string of requests for Mason. They were looking for pants, a copy of the Bible, a COVID-19 test, a pair of boots, and a haircut. Mason said this was a slow day because of the rain, but it didn’t feel slow, and his walkie-talkie buzzed.

A woman knocked on the chapel door as he was sorting out three different requests for clothes and showers. “Give me a few minutes,” he said, waving her in out of the rain. “Come in and have a seat.”

Some people just wanted to pray with Mason. He recognized each one who came in, which is the idea behind having a staff person in that position and not a volunteer. The mission wants staff to build relationships and know the stories of the people it serves. With a lot of new workers, Mason tries to make sure to introduce them to guests. Staff turnover means a loss of that institutional knowledge.

Mason greeted another man by name as he came in: “What’s up? We’re running low on a lot of stuff, but I’ll see if I can get you what you need.”

The appeal of remote work

Ask ministries working on the frontlines about staffing during the pandemic, and they’ll tell you how they’ve felt the pinch, from looking for cooks at temp agencies to deciding which programs could be temporarily cut. “The whole ecosystem is disrupted,” said Winans.

Across the city in Staten Island, Beacon christian Community Health Center is short-staffed as it tries to keep up comprehensive health care offerings to low-income New Yorkers while administering COVID-19 vaccines and testing. Walker Methodist, a christian assisted-living organization with multiple locations in Minnesota, has 77 openings and is offering a $1,000 signing bonus for cooks. A rescue mission in Boise, Idaho, has 10 staff openings, including multiple shelter staff and cooks. City Relief in New York, which also serves the homeless, is not short-staffed, but its referral partners like detox centers are, according to CEO Josiah Haken. That makes it hard to get men and women into drug recovery.

“We got hit like a truck,” said Major Kevin Stoops, the general secretary of New York’s Salvation Army, a role equivalent to the chief operating officer.

Its five daycare centers are short key positions, staffing at shelter services is at 80 percent, and the director of the afterschool program went on leave. No one has applied for that job. Stoops often gets one or two applicants for job postings, “so you don’t even get a choice.”

At the height of the pandemic, Stoops had to do three funerals for adults in homes for the developmentally disabled, one of whom had been in a Salvation Army group home 40 years–a death that was hard on staff. “Those types of impacts can’t be measured by a stat or a dollar,” Stoops said.

Three employees from the organization’s development department were headhunted by other organizations and left, more big losses of institutional knowledge. The Salvation Army has had to get employees from temp agencies for its afterschool programs and homes for those with disabilities in Queens, which is expensive. Overtime is up. Stoops has been at the Salvation Army for 34 years, and he has never seen such a shortage of people before.

The organization has had to cut back some services—mostly socialization programs for children and adults—but decided to prioritize basics like food distribution as much as possible.

Winans at Bowery and Stoops both heard from employees who were concerned about using public transit to commute and the safety of the workplace. Stoops added that the city has a strict vaccination mandate, and some employees resigned over that. Winans said people are sometimes choosing remote work at “a higher pay scale than we’re able to offer as a nonprofit ministry.”

“It’s the ministry of presence, and that’s the strain on employees and volunteers,” said Stoops. “I’m so grateful for some very committed people who are like, ‘Nope, we’ll still show up.’”

The Salvation Army higher-ups have been meeting to talk about the “mental fallout” of the last two years, looking at staff facing anxiety, depression, and possible addiction. They’ve encouraged respite days as needed, and during particularly strained times in the pandemic, they sent clergy staff to one of their camps outside the city for a few days at a time, with orders: Breathe. Don’t check email. Walk in the woods.

Planning extra days off in the master schedule when the organization is already short-staffed is “a logistical nightmare,” said Stoops. But he’s trying to hold on to people: “The next wave has nothing to do with COVID; it has to do with fatigue. Fatigue is not, ‘I’m tired’; it’s, ‘I’m done.’”

During the height of the pandemic, the Bowery Mission arranged transportation and nearby housing for some staff doing night shifts, as well as hazard pay. Now it is trying to improve compensation, and it’s offering counseling through either a direct line staff can call at any time or reimbursements for outside counselors.

Research on resilience for frontline ministries coming out of the pandemic is scant, but the Hartford Institute for Religion Research did a survey last summer to measure some of the effects of the pandemic on congregations. What the survey found surprised Scott Thumma, the institute’s director.

The social safety net services that churches offered increased, as did giving in most places, even as churches reduced staff and saw a big drop in volunteers. Thumma found it remarkable that outreach increased while volunteers and staff 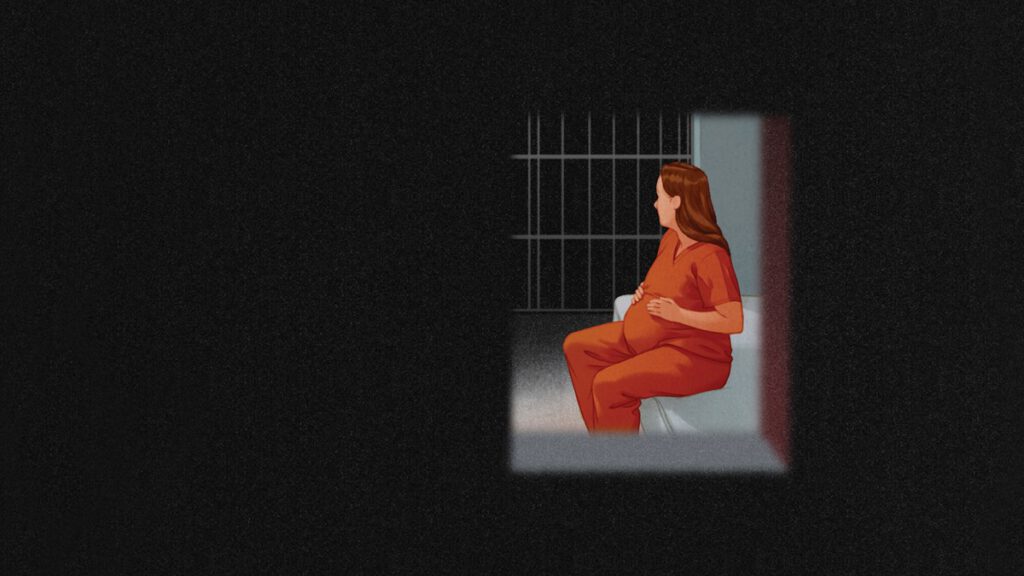 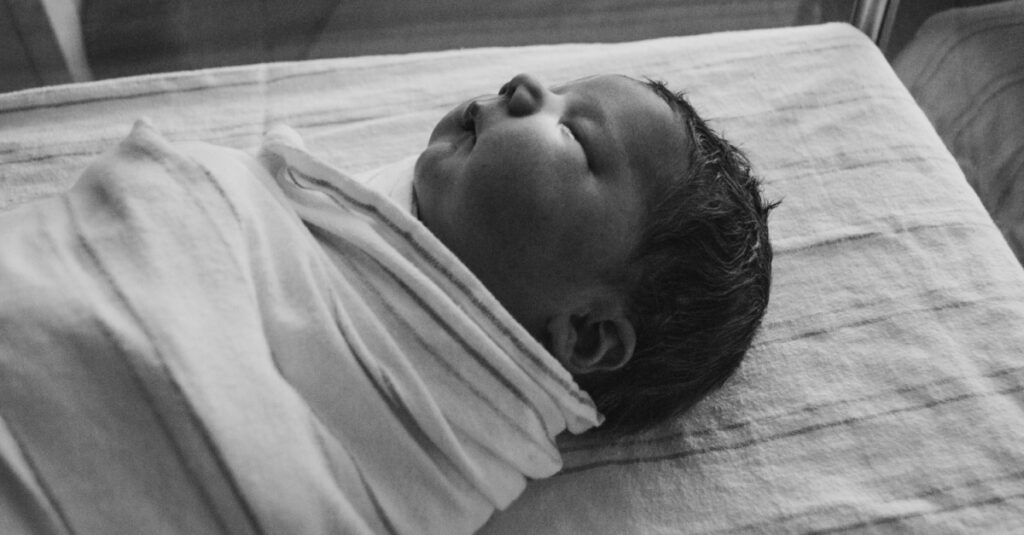