At my seminary, I regularly teach a course on biblical interpretation, and I always begin in the same way: by showing students a picture of the “Bible Bar.” This was a real product (no longer available, I believe) that claimed to offer a truly “biblical” snacking experience.

Each Bible Bar contained only seven ingredients, the seven foods mentioned in Deuteronomy 8:8, which were thought to be plentiful in the Promised Land: wheat, barley, vines (raisins), figs, pomegranates, olive oil, and honey. (Personally, I’m glad they didn’t add any milk from the land flowing with milk and honey, since I’m lactose intolerant, but having sampled the bar once, I can only conclude that it’s a shame Deuteronomy 8:8 doesn’t mention salt.)

Every semester, after introducing the Bible Bar, I ask my students a series of questions: Is this what we are meant to glean (pun intended!) from Deuteronomy? Is the inspired text of Deuteronomy 8:8 a recipe book for the best on-the-go energy boost? Were these foods the only things growing in Canaan? Do these foods alone have “spiritual” significance?

Because our Bibles don’t come with an instruction booklet, readers sometimes come up with unusual uses and applications. When I was in high school, the latest craze was a book called The Bible Code. In it, Michael Drosnin argued that the Hebrew Bible contained crossword puzzle–like codes that supposedly embedded terms like “Hitler” and “Pearl Harbor.”

For a brief time, The Bible Code was a sensation, but it was quickly forgotten for obvious reasons. God doesn’t want us to read behind the text for hidden codes. He wants us to read the Bible carefully and faithfully as a testimony to what God has done in the world and what role we play in his work of redemption. Few of us buy into outlandish code theories, but we often remain susceptible to smaller misunderstandings and interpretive misfires. Consider some of the more common mistakes, like thinking “I can do all things” (Phil. 4:13, ESV) is about winning the big football game or treating “judge not” (Matt. 7:1, ESV) as a restriction on questioning other people’s behavior.

In my home, we have lots of Ikea furniture products. I’ve tried building some of them without using the instructions, but it never goes well. The same goes for reading the Bible—even if it doesn’t come with a manual, we still need guidance to avoid mishandling it. We can be grateful, then, that New Testament scholar Michael F. Bird has written Seven Things I Wish Christians Knew about the Bible, a trusty primer on understanding God’s Word.

Bird, who teaches at Ridley College in his native Australia, covers a spectrum of key topics such as biblical authority, biblical inspiration, interpretation dos and don’ts, and reflections on the Bible’s essential role in shaping the church and the christian life. He makes seven statements that constitute the book’s main chapters: The Bible didn’t fall out of the sky. The Bible is divinely given and humanly composed. Scripture is normative, not negotiable. The Bible is for our time, but not about our time. We should take the Bible seriously, but not always literally. The purpose of Scripture is knowledge, faith, love, and hope. And Christ is the center of the christian Bible.

All of Bird’s topics and discussions are insightful and well-suited to lead Christians toward fruitful and faithful engagement with Scripture. However, I found his early chapters, which orient readers to what Scripture is and how it works, especially helpful.

Bird’s opening chapter discusses the library of biblical books—where they came from and how they came together into one Bible. It wasn’t until college that I realized my Catholic friends had books in their Bibles that weren’t in mine, books like Sirach and Tobit. And their Bibles, in turn, were a bit different than Bibles used in the Greek Orthodox tradition. All these Bibles have slight variations not because God got confused, but because the biblical books were not hand-delivered by God to the church. A process of canonization took place in the period after the apostolic age; this involved discussion and discernment among early church leaders over what should count as Holy Scripture.

It is crucial for Christians to think through the Bible’s inspiration and authority, which Bird considers in consecutive chapters. Inspiration doesn’t mean that God deposited divine words into the brains of Matthew or Paul. As Bird helpfully argues, it probably involved “God’s guiding and leading human minds at the conceptual level.” In other words, while God influenced the biblical writers’ direction of thought, they expressed those thoughts in their own ways, yielding God’s Word in human words. This helps explain why the Bible includes so many genres: narrative, poetry, letters, apocalyptic literature. God did not invent these genres. Instead, he chose to reveal himself through written forms that already existed, though some of these undoubtedly took on new features.

Bird defends biblical authority by talking about how Scripture ought to shape what we think is important and how we establish the direction of our lives. Addressing Christians who might treat the Bible as “holy opinion,” he challenges them to see Scripture’s authority as grounded in the supremacy of God himself. We are his creatures, not his religious customers. The Bible is not simply another book, something to read alongside other “important” books. It is uniquely inspired.

Of course, there are many Christians who take the Bible seriously but make the error of reading and applying everything literally. It is dangerous to equate seriousness only with literal interpretation. When Jesus speaks of turning the other cheek (Matt. 5:39), he isn’t teaching us, in some narrow way, how to handle slaps to the face. The larger question concerns how we should love our enemies. An overly literal interpretation can sometimes blind us to the point the Bible is actually making.

One of my favorite illustrations along these lines comes from the christian satire magazine The Wittenburg Door. A 1978 issue included a “literal” drawing of Solomon’s lover as depicted in Song of Solomon. The bizarre figure has doves for eyes (1:15), a mesh of goats for hair (4:1), pomegranates on her temples (6:7), and a neck resembling a stone tower (4:4), among other oddities. If the resulting sketch is absurd, this is because Solomon’s imaginative description has other goals in mind. He wants us to see his lover as remarkable, just as all these other objects and creatures have certain remarkable features. To interpret the metaphors literally robs Solomon’s portrait of its literary artistry.

How can we tell when and when not to stick with a literal reading of particular phrases and passages? Careful discernment is essential. Bird encourages all believers to better understand the ancient world in which the words of Jesus and the apostles came into being. Slavery then was different than slavery now. Political systems were different. And so were cultural conventions and expectations, like how to behave at a dinner party or be a good friend. If we neglect these basic distinctions, we are bound to misread and sometimes misapply Scripture.

Thankfully, lots of great resources on the Bible’s historical background are readily available (including The New Testament in Its World, a textbook Bird cowrote with N. T. Wright). We should build them into our devotional habits, not to rob Scripture of its theological power but because knowing its original context helps it come alive. Then we can determine more thoughtfully what it means for our lives today.

Deeper love of God and neighbor

In seminary, I learned most of the lessons Bird offers in his book. I studied interpretive methods, the genres of the Bible, and various views on biblical inerrancy and trustworthiness. But Bird underscores something that wasn’t drilled into me back then: The purpose of reading Scripture is not (merely) to gain information, but to be conformed to the image of Jesus and spurred to deeper love of God and neighbor.

Bird rightly warns us against viewing the Bible like a rolled-up newspaper that’s used to whack you over the head for being naughty. It is not a book of religious rules, 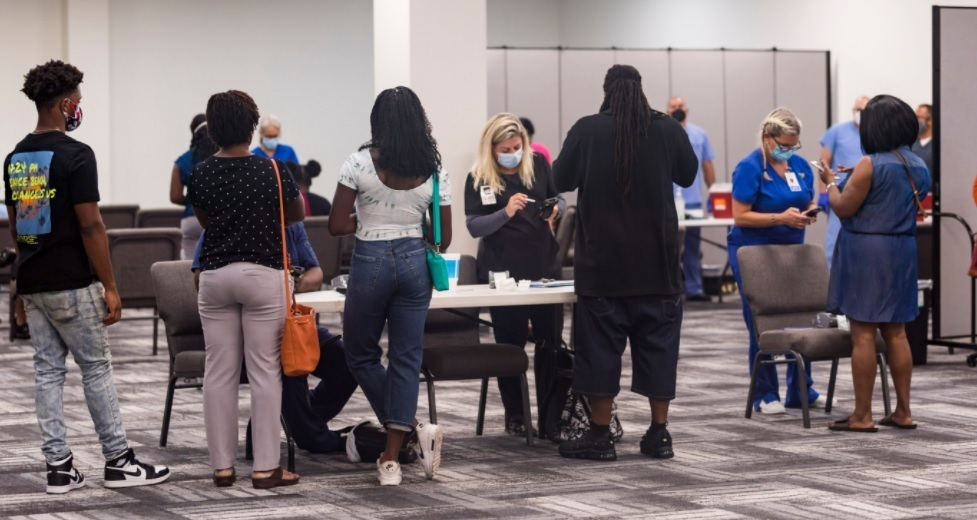 Pray that the Supreme Court Sends Roe to the ‘Ash Heap of History,’ Pence Urges 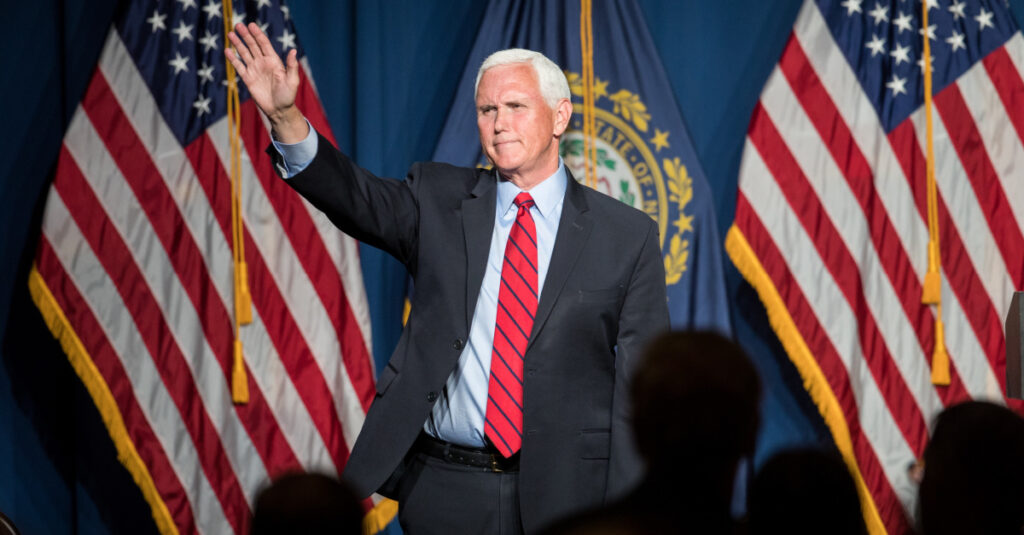