“We intentionally build and nurture a beloved community that is bonded together through a beautiful struggle that is restorative.” Who is making this lovely promise? None other than Black Lives Matter (BLM), an organization that promises a place “where each person feels seen, heard, and supported.”

Why have so many people bought into the language of community from a self-professed Marxist organization? Sociologist Robert Nisbet asked the same question in his 1953 book The Quest for Community, at the height of the communist regime in the Soviet Union: Why were so many people attracted to Marxism? Nisbet’s theory was that it was precisely because so many Westerners had embraced individualism — which, ironically, set them up to be drawn in by a collectivist vision of society.

How did individualism come to have such a counter-intuitive effect? Ever since the rise of the modern age, leading Western thinkers have accepted what is known as social contract theory. First proposed by Thomas Hobbes, John Locke, and Jean-Jacques Rousseau, social contract theory fundamentally changed the way people in the West thought about relationships. These early social thinkers aspired to be “scientific,” so they based their social theories on Newtonian physics, which views the material universe as a collection of atoms bumping around in the void under the forces of attraction and repulsion. Applied to the social world, social contract theory pictured humans as individual “atoms” that entered and exited relationships at will.

According to social contract theory, we are highly autonomous individuals whose highest aim is self-preservation. Social contract theorists proposed that prior to the rise of civilization, humans existed in a “pre-social” condition. Hobbes, Locke, and Rousseau regarded all relationships — familial, civil, and religious — as contracts we enter into, not something intrinsic to human nature: Relationships are something that we create and define. As a result, all relationships start to look more like a contractual exchange of goods and services, rather than innate connections.

The goal of redefining all relationships in terms of contracts was always phrased in the context of liberation. Relationships, rather than being primary, become secondary and derivative, something we create by choice. While social contract theory promised freedom for the individual from any biological or social bonds to other people, it ultimately led to lonely people, lacking any sense of belonging. Robert Nisbet put it this way: “Release man from the contexts of community and you get not freedom and rights but intolerable aloneness.”

As social contract theory percolated down through American society, families, church communities, neighborhoods, and other smaller communal groups weakened and began to break down. With this disintegration came the loss of spheres of influence that give people a sense of identity and belonging, apart from the state. Nisbet notes, “Individualism has resulted in masses of normless, unattached, insecure individuals.” Individuals, increasingly alienated from the community, are drawn to the state in hopes of finding community and a causes larger than themselves. People seek from the state a source of community that transcends them, with which they can identify and belong.

For disillusioned, isolated people, Marxism offers the salvation of community. Nisbet observes, “To a large number of human beings Marxism offers status, belonging, membership, and a coherent moral perspective.” Because Marxism offers a comprehensive worldview, it is attractive to the isolated individual despite its demonstrated totalitarian nature. Historically, Marxism has always led to a despotic authority — whether it be in the Soviet Union, Cuba, or Venezuela. As Hannah Arendt points out in her book, The Origins of Totalitarianism, it is isolated individuals who are most vulnerable to totalitarianism, because they lack identity within a social group.

No wonder Marx called for the abolition of the family. He knew that deconstructing the family was the main way to draw people to the totalitarian state. Totalitarianism was not just imposed on people. People themselves gravitated to it because of the natural longing for community.

Black Lives Matter also seeks the demolition of the family system. They understand, as Marx did, that the path to a collectivist Marxist society lies in denigrating the family. Two of the three Co-Founders identify themselves as queer, opposing all forms of “heteronormativity.” It might seem odd that a large part of their agenda is about undercutting the family. But it makes perfect sense given their Marxism. In their statement of beliefs, BLM lists their goals:

Marxist groups like Black Lives Matter meet the need for community through affirming that belonging and identity are to be found in one’s race, gender and sexual orientation. Group identity fills the hole created by a broken family system. Individuals who find themselves alienated from their families, and thus, society at large, look to organizations like Black Lives Matter to mold their identities and offer them belonging.

The “Beloved Community” of the Church

Despite the clear Marxist agenda of Black Lives Matter, many Christians have passed along the Black Lives Matter hashtag in the name of social justice. While Christians think they are supporting an organization fighting the good fight against prejudice and racism, they are actually supporting an organization that opposes the family as God designed it to be.

How then, should Christians respond to people who are hungry for connection, belonging, and a group identity that transcends the individual? By explicating the biblical concept of community. The christian understanding of social theory is grounded in the Trinitarian God, who is one Being in three persons. The oneness and threeness of the Trinity offers the needed balance of the one and the many — the value of the individual and their need to belong in community. As the persons of the Godhead intimately relate to one another, expressing in mutual love and self-giving, so people as image-bearers were hardwired to intimately relate to one another in community. Christianity refutes the idea from social contract theory that we are autonomous individuals, who can make and break relationships at will. On the contrary, we are innately relational beings, who were created for community, both within the family system and within the church.

The church is meant to be a reflection of the Trinity. In the solidarity of the church, people can truly be diverse and yet belong. Why? Because race and gender were God’s ideas: He delights in variation and differences. The church should be a beautiful array of people; a place where the uniqueness of human beings is affirmed in light of each person being created in the image of God. Christians also affirm that a person’s identity cannot be reduced solely to race, economic class, or gender. The Gospel transcends all these dividing lines: All can belong in Christ. It is the community of the church that will exist forever in perfect communion with their Creator: “Here there is no Gentile or Jew, circumcised or uncircumcised, barbarian, Scythian, slave or free, but Christ is all, and is in all” (Colossians 3:11, ESV). It is in the beloved community of the church, not Marxist comradeship, where people find true belonging.

Rylee Free has a Master’s in Apologetics from Houston Baptist University. She currently works as a Women’s Associate in the College Ministry of a church in Texas. 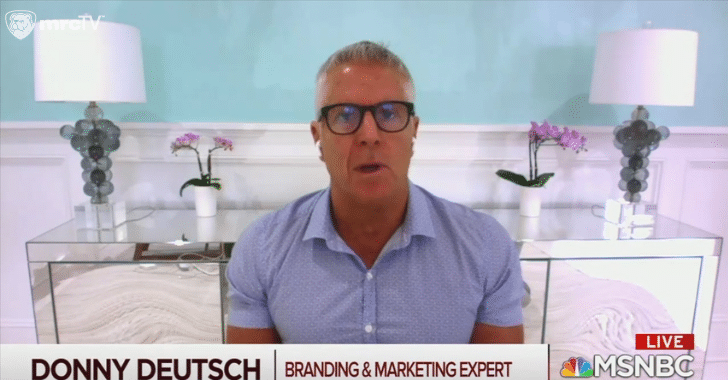