At funeral services held for 5-year-old Cannon Hinnant, who was shot and killed while riding his bike outside his father’s home in North Carolina, the child’s grandfather spoke about the family’s grief and the “evil” of murdering a child.

Cannon was riding his bicycle in front of his father’s house in Wilson on Sunday evening when a 25-year-old neighbor, identified as Darius N. Sessoms, allegedly walked up to the boy and shot him in his head. Hinnant was laid to rest Thursday evening.

“I screamed, ‘Somebody, please help me save my son! Help me save my son, please,’” the boy’s father, Austin Hinnant, recalled, according to WRAL. “[You] can’t imagine what it’s like to hold your son in your arms with a gunshot wound to the head, and his blood is running down your arms.”

Hinnant was murdered in front of his two sisters, ages 7 and 8.

Sessoms is in jail without bond and facing a first-degree murder charge, according to ABC 11. The Wilson Police Department has not released any information regarding a motive.

The victim’s father and the accused sat on his porch and drank beer the previous day. “The Lord says to love our neighbor. I have plenty of food to go around. I just wanted to be nice,” Austin said, adding that he had never had any confrontations with Sessoms, according to WRAL.

More than 100 cars were parked near the funeral home as the community sought to show solidarity.

“Cannon was the type of kid that was always polite, kind of laid back, but he was a beautiful little kid,” Merrill Race, his grandfather was quoted as saying. “I’m glad that people are showing up and coming out and show they got his back and they care, we need more of this and less of this hate.”

Race, a member of the local Guardians of the Children, also said, “We shouldn’t even be here.”

“That’s evil. I never met this guy in my life, but that is one evil dude. He’s there where he should be,” Race added.

The family suspects Sessoms was on drugs and having hallucinations.

“The only thing I keep thinking of is a scripture that comes to my heart Psalm 34:18 that says God is close to the brokenhearted,” said Bobby Harrell, the campus pastor of Wave Church in Wilson, where the family attends services. “That’s what I want people to know. When we are hurting, God longs to be close to us.”

A GoFundMe campaign, “Justice for Cannon,” had raised more than $580,000 as of early Saturday morning.

“On Sunday, Aug. 9, this precious angel was playing outside with his siblings when he was murdered. He was merely doing what he would do any other day, and that’s playing with his sisters, riding his bike, doing what kids do, and all of the innocence that comes with being a child,” the description of the campaign reads.

“This family has faced unimaginable pain because of this senseless act of violence,” it adds. “We are asking for your donations to assist with anything that may be needed for expenses related to his services. We offer our sincerest appreciation in this extremely difficult time.”

The family has postponed a community vigil for Cannon that was to be held Friday night, without announcing a new date. 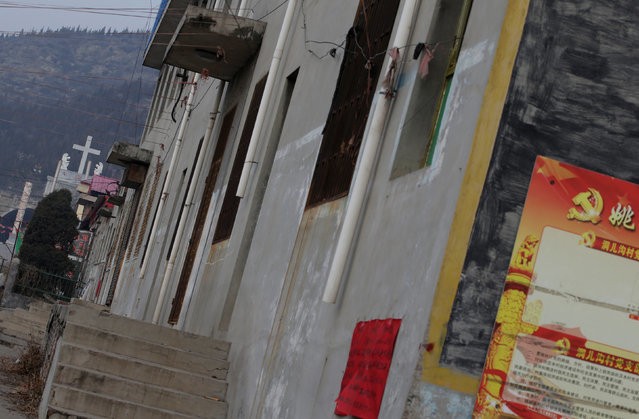