Written by The Ministry of Jesus Christ on January 20, 2022

[NEW YORK] Less than a week after a 15-year-old gunned down four students at Oxford High School in Michigan in late November, the prosecutor in the case, Karen McDonald, made an unusual move: in addition to murder, she charged the shooter with terrorism.

“If that’s not terrorism, I don’t know what is,” McDonald told CNN in an interview. “There is no playbook about how to prosecute a school shooting.”

School shooters, who have been put on trial in the past have rarely faced terrorism charges. Rather, murder, premeditated murder and attempted murder have been the prevailing charges in these cases. Experts and advocates are divided when it comes to labeling these incidents as terrorist acts since definitions of terrorism vary. But doing so, some say, would help prevent such tragedies.

A matter of definition

On December 14, 2012, Nicole Hockley was in a kickboxing class when a friend called to let her know there had been a shooting at Sandy Hook Elementary School in Newtown, Connecticut, where her two sons were enrolled. Only one came back home that day. The body of Dylan Hockley, 6, was identified later that night.

“Words escape me to try to explain how it feels,” she told The Media Line in an interview. “Life has never been the same.”

School shootings have become all-too-familiar tragedies in the United States over recent decades. Attacks such as the 1999 massacre at Columbine High School in Columbine, Colorado or, more recently, the 2018 shooting at Marjory Stoneman Douglas High School in Parkland, Florida have made headlines, but close to 100 shootings occur every year in American schools.

Students from Marjory Stoneman Douglas High School and Westglades Middle School gather near memorials at a park where they marched as part of a National School Walkout, to honor the 17 students and staff members killed at the high school in Parkland, Florida (credit: REUTERS)

Everytown for Gun Safety, the largest gun violence prevention group in the country, recorded at least 168 incidents of gunfire on school grounds in 2021, resulting in 36 deaths and 99 injuries nationally. In 2020, despite the COVID-19 pandemic, there were 96 such incidents with 24 deaths.

According to terrorism and law enforcement expert Dr. Maria Haberfeld, school shootings should be treated as acts of terrorism, and the reason they are almost never labeled as such, she adds, is “purely political.”

“No country wants to admit that it has a lot of terrorist attacks,” she said. “It’s bad for the economy, it’s bad for the local politics, it’s bad on a number of levels and for a number of reasons. So, it’s much easier to give it a different definition which creates less panic.”

For Haberfeld, who teaches at John Jay College of Criminal Justice and chairs the Department of Law, Police Science and Criminal Justice Administration, terrorism is “a violent event that is directed at random at unsuspecting people just because they represent, in the sick mind of the offender, some sort of a grievance that they have against the world.”

Based on that definition, Haberfeld believes the label fits for school shootings and it would put more responsibility on federal agencies for the prevention of such incidents.

In the Michigan case, prosecutor McDonald said she made the move mainly as a response to the fear felt by students who were not killed or injured that day but saw the massacre unfold before their eyes. She believed this trauma and terror were not covered by the murder charges.

“I understand the argument about fear but then, if that’s the criteria that we are using, I think that opens the door for prosecutors to start charging people with terrorism for things that cause fear as well but have nothing to do with terrorism,” Joel Capellan, mass shooting expert and professor of Criminal Justice at Rowan University, told The Media Line. “I think terrorism should be left for clear-cut cases of terrorism as we understand them and not sort of dilute that to fit mass shootings.”

Labeling any mass shooting as terrorism, he says, is problematic first and foremost because definitions of terrorism vary from state to state and even between federal law enforcement agencies.

“The second issue is that I don’t know if most mass shootings fall into most definitions of terrorism because most definitions of terrorism have a component that says that the offender wants to coerce the government or society to do something,” he points out. “In the vast majority of ideologically motivated mass shootings and school shootings, the offender is not really trying to get anybody to do anything so generally that kind of falls flat right there.”

In addition, Capellan says, motivations can often be “intertwined.”

“You can be an ideological extremist that commits a crime for non-ideological reasons,” he explained.

Because of those factors, Capellan does not believe it is necessary for prosecutors to go the terrorism route.

“We already have plenty enough laws that we can punish them to the degree that they need to be punished without invoking this terrorism language that is kind of arbitrary and in my experience doesn’t really fit most mass shootings,” he said.

After the tragedy at her sons’ school, Hockley felt she had to act and co-founded the organization Sandy Hook Promise with the goal of preventing more such incidents from happening.

While she agrees that, from that perspective, school shootings meet the terrorism criteria, Hockley says she sees these violent incidents more like a “societal failing, a mental health and public health issue.”

A label for prevention

According to Haberfeld, qualifying school shootings as terrorism also has practical advantages, especially when it comes to prevention.

“There is a change in seriousness of the response when the label of terrorist is attached to something,” she explained. “Immediately there are variables that come into play resource-wise that are not necessarily available for investigations of someone who is suspected of a possible school shooting.”

Among these resources allocated to terrorist events are better means of surveillance and countersurveillance, Haberfeld detailed.

The label alone, she says, would increase the level of intelligence that would be supplied to various law enforcement agencies because it resonates with people who might have peripheral knowledge about school shooting plots such as parents or friends of a potential shooter.

Hockley says that is a very good point. “When you think about after 9/11, the actions that were taken like the ‘see something say something’ program – at Sandy Hook Promise we’ve taken a similar approach which is [the] ‘say something’ [program] telling kids that if they see signs, they should say something so someone can help.”

“We know enough about school shooters and shooters to know that they don’t just snap, there are signals and signs and threats that then culminate in an act of violence,” she said. “That means there is a lot of opportunity for intervention, we just need to learn to identify their leakage and identify it for what it is.”

Capellan agrees that more effort should be focused on prevention. According to him, this effort is “pretty much zero right now.”

“Very little resources are given to local governments or even schools to be able to do any real type of prevention like threat assessment, for example,” he said. “I think we are missing the mark big time on that.”

Capellan believes that threat assessment, which consists of evaluating the likelihood of a threat based on data collection, could have worked well to prevent the latest incident in Michigan, because of social media posts made by Ethan Crumbley, the teenage shooter.

“I do think there need to be more resources, I just don’t think calling it terrorism is the way to do that,” Capellan added.

Dylan Hockley was only in first grade when he was murdered. Hockley describes him as “a cuddler” and the “glue” to their family. She has pictures of him all over her office and in her bedroom.

“I kiss it every morning and night,” she says.

Besides charging the Michigan shooter with one count of terrorism, Oakland County prosecutor McDonald made another unusual move: she charged Crumbley’s parents with involuntary manslaughter, for failing to prevent the tragedy. According to McDonald, James and Jennifer Crumbley had purchased the handgun used in the attack and stored it improperly. On the day of the tragedy, they had also been called into the school by staff who found a disturbing drawing made by their son.

“I believe that there should be consequences for actions,” Hockley says.

“Had the Sandy Hook shooter not killed his mother before he went to the school, there might have been action taken against her as well, because having that unfettered access to weapons is wrong,” she added.

While McDonald came under fire for charging the Oxford High School shooter with terrorism, which is a first when it comes to school shootings, experts agree that the initiative was justified and should become standard whenever applicable.

“I think that it’s going to be a good, hopefully, a deterrent for parents who are very loose with the firearms around the house,” Capellan said. “We know that school shooters get their guns from their house or their friend’s house.”

Haberfeld, too, believes the parents, in this case, are “absolutely as culpable of what happened as their son.”

“Teenagers are very volatile, filled with ideas and they’re not sure about where they are going,” she said. “You buy them a weapon?!”

While Haberfeld believes McDonald’s approach to the case overall is “a model response,” she doesn’t see it becoming the standard.

“Unfortunately, due to the decentralized nature of the legal system here, it would be very hard to showcase this as a model because every state has its own peculiarities in how they feel about legal definitions, how they define crimes,” she explained. “So, it’s an uphill battle but definitely should receive much more attention.” 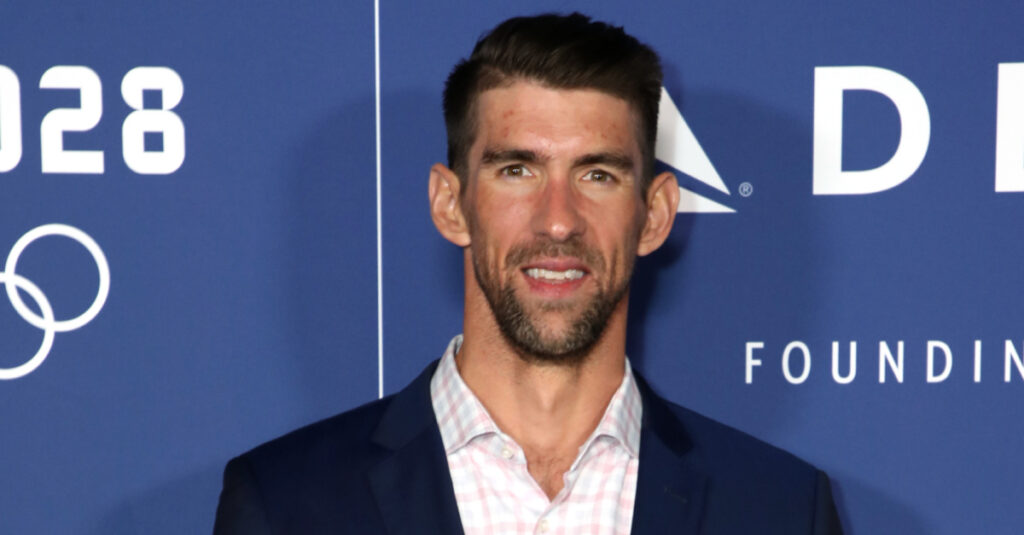 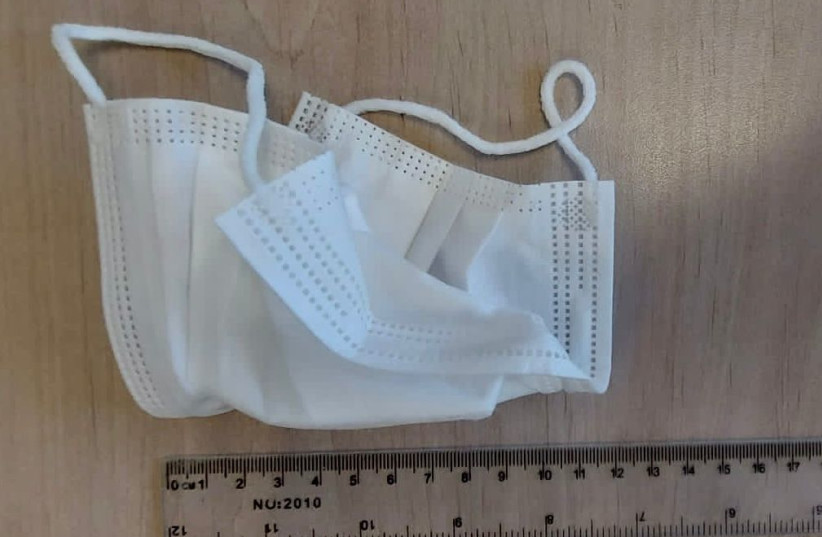