The broadcaster said the Taliban had been doing a house-to-house search to find the journalist who was now working in Germany.

A TALIBAN fighter inside the city of Ghazni, Afghanistan, last weekend.

Taliban fighters hunting a journalist with Deutsche Welle have shot dead one member of his family and severely injured another, the German public broadcaster said late on Thursday.

The Islamist militant movement had promised it would allow free media and jobs for women – banned when it was last in power from 1996 to 2001 – when it gave its first news conference on Tuesday since capturing the capital Kabul.

But some Afghan journalists have complained of having been beaten and their homes raided since the Taliban seized the capital Kabul on Sunday.

Deutsche Welle (DW) said the Taliban had been doing a house-to-house search to find the journalist who was now working in Germany.

Other relatives were able to flee and are on the run now, according to the broadcaster.

A member of Taliban forces keeps watch at a checkpost in Kabul, Afghanistan August 17, 2021. (credit: REUTERS/STRINGER)

“The killing of a close relative of one of our editors by the Taliban … is inconceivably tragic, and testifies to the acute danger in which all our employees and their families in Afghanistan find themselves,” DW Director-General Peter Limbourg said, calling on the government in Berlin to take action.

“It is evident that the Taliban are already carrying out organized searches for journalists, both in Kabul and in the provinces. We are running out of time!,” he added, referring to desperate attempts by many Afghans to leave the country.

Deutsche Welle said the Taliban have raided the homes of at least three of its journalists.

On This Day: Israel, Palestinians finalize, sign Oslo I Accord 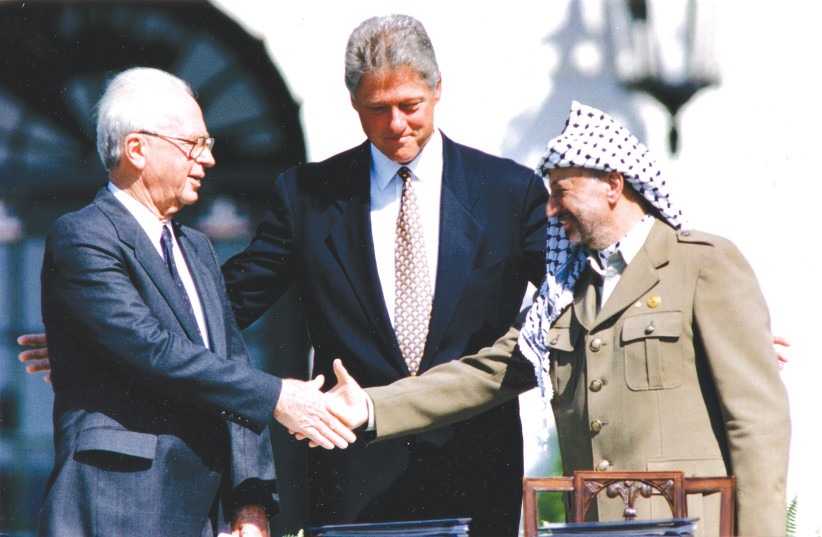