Huldrych Zwingli (1484–1531) has not usually fared well at the hands of historians. Whether cast as Martin Luther’s antagonist or as John Calvin’s (largely forgotten) understudy, the Zurich reformer has been widely misunderstood, oftentimes vilified, and frequently ignored. Even in death, Zwingli proved to be controversial: Though a fierce opponent of the Swiss mercenary system, he perished in battle, sword in hand, seeking to extend Reformed Christianity to neighboring Catholic territories.

In his insightful new biography, Zwingli: God’s Armed Prophet, historian Bruce Gordon offers a compelling interpretation of this 16th-century preacher, theologian, political strategist, and self-styled prophet, demonstrating that Zwingli’s creative vision of church, sacrament, and sacred community forged a new form of Christianity that came to be known as the Reformed faith. For Gordon, Zwingli’s creative but combative leadership in Zurich proved to be “remarkably generative, fecund, and destructive.”

Born in the high Alpine village of Wildhaus on January 1, 1484, the boy Huldrych Zwingli grew up in a world of subsistence farming, Catholic piety, and stunning natural beauty. From an early age, he developed a deep attachment to the Swiss Confederation, its land and people.

Zwingli’s formal schooling took him to Basel, Bern, Vienna, and then back to Basel (where he earned a bachelor’s degree in 1504 and a master’s in 1506). This academic journey instilled in him a permanent love for humanistic learning, including the study of classical Greek and Roman literature, the mastery of the biblical languages, and the application of Scripture for the renewal of church and society. Somewhat later, in 1514 or 1515, Zwingli was introduced to the writings of the famous Dutch humanist Desiderius Erasmus, whose biblical scholarship and Christ-centered piety played a significant role in Zwingli’s emerging reformist convictions.

Ordained to the priesthood in 1506, Zwingli served parishes in Glarus and Einsiedeln over the next 12 years. During this period, he witnessed firsthand the brutality of war and became an outspoken critic of the mercenary system and the pensions paid to wealthy Swiss citizens who recruited the mercenaries. Zwingli also cultivated a growing network of friends and fellow humanists, including Joachim Vadian, Heinrich Glarean, and Erasmus.

Zwingli was known as a conscientious priest who supported the papal party, studied early-church writings, loved music, and excelled as a preacher. He also had the reputation for being promiscuous, a frequent visitor to the local brothel. According to Gordon, it was during his years in Einsiedeln that Zwingli experienced a kind of religious conversion when, following Erasmus’s lead, he began looking to Scripture as the highest authority in the christian life. It was Erasmus more than Luther who contributed to Zwingli’s religious awakening.

Zwingli’s popularity as a preacher gained the attention of Zurich’s magistrates, and on January 1, 1519, he assumed his new duties as the people’s priest in the city. In this capacity, Zwingli preached successively through texts of Scripture several times each week from the pulpit of Zurich’s Grossmünster Church. Over the next six years, the pulpit served as Zwingli’s primary platform for promoting religious change, as he became increasingly critical of medieval devotional practices, including the veneration of Mary and the saints, Lenten fasts, the use of religious images, clerical celibacy, and transubstantiation.

In 1522, Zwingli took the fateful step of marrying Anna Reinhart and then resigned from the priesthood—only to be reappointed as a city preacher. Gordon shows that, throughout this dramatic period, Zwingli demonstrated real skill as a political strategist: While staging public provocations with his combative sermons and inflammatory published writings, he and his allies consistently submitted to the leadership of Zurich’s political authorities. Thus, it was the magistrates, not the bishop or city clergy, who convened and judged the First and Second Disputations, held in the summer and fall of 1523—at which Zwingli and his views emerged victorious. As Gordon notes, “The Reformation [in Zurich] was a movement not of the people, but of educated men working within the system.”

Once the mass was abolished and Zurich became an evangelical city in the spring of 1525, Zwingli encouraged and cooperated with the magistrates as they moved swiftly to stamp out religious dissenters, both Catholics and Anabaptists. Throughout these years, his self-perception as God’s prophet took shape: The prophet was one whom God called, and the Spirit illuminated, to defend divine righteousness and instruct the community through the public exposition of the Scriptures. This prophetic ideal took institutional shape in 1525, when Zwingli inaugurated the Prophezei, a regular gathering of ministers and theological students who studied the Scriptures together in the original languages.

During the 1520s, Zwingli gradually developed his original version of Christianity, articulated in works such as the Sixty-Seven Articles (1523) and the Commentary on True and False Religion (1525), and expressed in Zurich’s religious establishment. According to Gordon, this reformed vision included several distinct aspects: The temporal and the sacred spheres formed a single religious community (corpus Christianum), with the visible church under the authority of the city’s godly magistrates. Moral renewal required purging the churches of “idols” and adopting a simple form of worship following the pattern of Scripture. The two sacraments, baptism and the Lord’s Supper, were no longer thought to impart grace but were understood as symbols of God’s work in Christ. Undergirding this theological vision were two of Zwingli’s bedrock convictions: that God’s timeless covenant with his elect people entailed the positive use of divine law in the christian life, and that God’s Word was powerful to transform both individuals and society.

More than the pastor of a single city, Zwingli emerged after 1525 as a leading figure in a network of like-minded reformers (including Vadian, Johannes Oecolampaius, Martin Bucer, and Wolfgang Capito) who were intent on bringing religious change to southern Germany as well as to the Swiss Confederation. What Gordon calls the “commanding moment” for Zwingli was at the Disputation of Bern (1528), when he and his colleagues convinced the Bernese magistrates to abolish the mass and embrace the evangelical faith. The next year, Zwingli and Luther locked horns at the Marburg Colloquy, failing to find consensus on the contentious question of the nature of Christ’s presence in the Lord’s Supper. Gordon does not take sides in this debate, but does observe that the Reformation, even in its earliest years, “never enjoyed an arcadian age of peace and unity.”

In the last years of his life, Zwingli became increasingly isolated both theologically and politically as he refused all compromise and aggressively pursued the expansion of the Reformed faith to Catholic territories through force of arms. His death on the battlefield of Kappel on October 11, 1531, was the tragic consequence of his own belligerence. Indeed, as Gordon observes, Zwingli’s violent death “cast a long shadow over his legacy … for centuries to come.”

Gordon devotes his final chapters to tracing this troubled legacy, describing the variety of ways that 16th-century contemporaries as well as modern scholars and filmmakers have sought to make sense of it. For Gordon, Zwingli is best remembered as neither a hero nor a martyr, but as an embattled prophet.

For too long, the Zurich Reformation and the life of Zwingli have remained unfamiliar territory for English-speaking readers. Gordon’s magisterial biography does much to fix this shortcoming.

Gordon’s skills as a first-rate historian are on display throughout this volume as he explores the dynamic relationship between high theology, political factors, and everyday social realities that shaped Zwingli’s experience and leadership as a reformer. This rich contextual reading provides a portrait of Zwingli that is noteworthy for its jarring inconsistencies, complexity, and sheer fascination.

The book takes seriously Zwingli’s development and contribution as a theologian. Gordon devotes one of his chapters to providing a succinct and insightful summary of Zwingli’s theology through the lens of his most comprehensive work, th 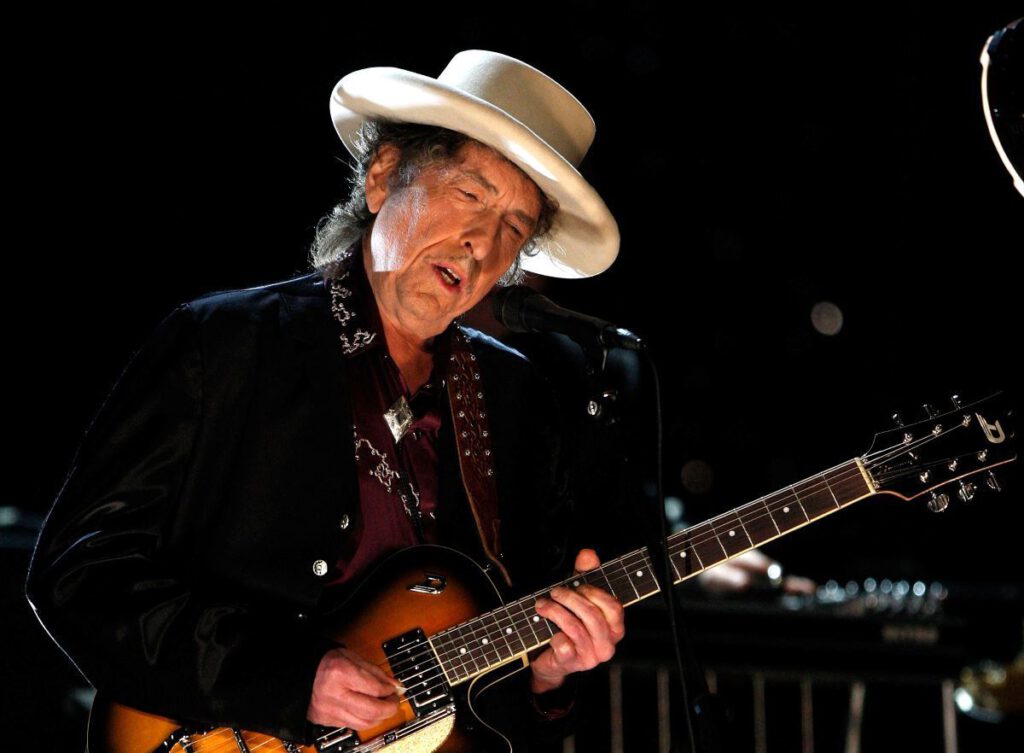 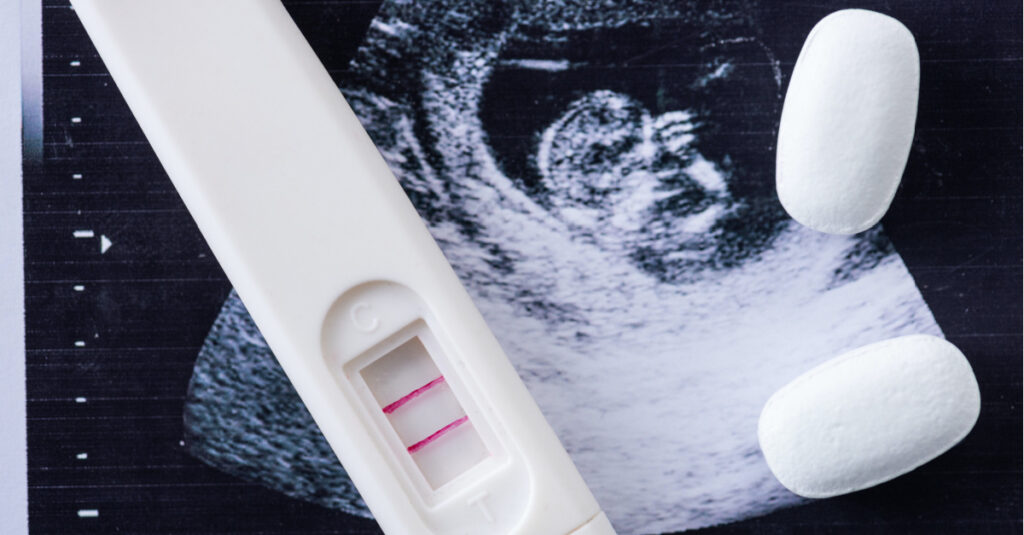