Study: Female Songwriters Are Dropping Off the Worship Charts

When songwriter Krissy Nordhoff moved to Nashville in 1996, she had hoped to be guided and supported by the women who had gone before her in the christian music industry.

Her first musical mentor was a woman—her grandmother, who inspired her to start writing songs when she was five years old. But as she found success in the industry, penning hits including “Your Great Name” and “Famous For (I Believe),” there weren’t many veteran women alongside her.

“I prayed for 15 years for a mentor, for a female, that had learned how to navigate the industry, the ministry, and the family,” Nordhoff said.

Female songwriters are significantly underrepresented in worship music, and over the past 30 years, the number of women writing or cowriting hit worship songs has substantially declined.

According to christian Copyright Licensing International (CCLI)—which tracks songs licensed to sing in churches—the last time the top worship song in the country was written by a woman was April 1994. By 2018, only 4 percent of the songs on the CCLI Top 25 were written by women.

A recent study in the Journal of Contemporary Ministry tracked the drop-off for christian women songwriters, concluding that as the industry evolved, they have struggled to break into the spheres that produce the most popular worship music.

While some of the most recognizable worship songs of the past few decades have been written by women—Jennie Riddle’s “Revelation Song,” or Sinach’s “Waymaker,” for example—these hits are anomalies.

Back in April 1994, the song “I Love You Lord” by Laurie Klein held the top spot on the CCLI Top 25. Klein wrote “I Love You Lord” in a difficult moment during a morning devotion outside her trailer in 1978, a story that stands in contrast to many of the current top worship songs, with lyrics crafted for worship and radio play.

“Many popular songs today are written in intentional collaborations as part of a highly competitive industry,” said Anneli Loepp Thiessen, the study’s author and a PhD candidate at the University of Ottawa. “As the contemporary worship music industry has developed, it has become increasingly commercialized, with men subsequently coming to dominate the Top 25 list. Women have not only struggled to hold the No. 1 spot, but any spot on the Top 25.”

Female songwriting has a long history in the faith, dating back of course to Scripture itself. The powerful songs of Miriam, Deborah, and Mary have taught and inspired the church for millennia. Words and music penned by Hildegard of Bingen, Fanny Crosby, Anne Steele, Darlene Zschech, Sinach, and Brooke Ligertwood have ministered to millions of worshipers.

But the current trends in the worship industry have some experts worried about female voices getting edged out.

In her research, Thiessen explores how celebrity status, commercialization, complementarian theology, and advances in technology factor into women’s participation in songwriting.

“I expected to see an increase in women,” Thiessen told Christianity Today. “And that’s not what we see. We see a decline of women songwriters, a rise in collaborations, and that women are generally not well-represented in those collaborations.”

A 2010 analysis in CT found that female christian artists were absent from the Billboard top ten for a decade. Since then, cowritten songs have increasingly become the norm with the rise of influential megachurch labels like Hillsong, Bethel Music, and Elevation Worship, which dominate both church and radio playlists. Solo songwriters of either gender have become even rarer.

One might expect that collaboration would open more opportunities for female songwriters, but that hasn’t been the case.

But even stories like hers are becoming rarer, according to Nordhoff. It’s uncommon to see a worship artist take an “outside pitch” anymore; they tend to be writers themselves or work directly with writers they know and trust. An unknown songwriter is unlikely to find a manager, producer, or label representative who will take a demo to an artist.

Furthermore, megachurches like Bethel, Hillsong, and Elevation all have their own labels; there is an efficient system in place for writers and performers (many of whom are both) associated with those organizations to write, record, and promote music.

Elevation Worship, for example, has over two million followers on Instagram. The music it produces can instantly reach a huge following, catching the attention of worship leaders eager to discover new, engaging music.

It’s also possible that the male-centric worship music genre that evolved during the late 1990s and early 2000s helps explain the persistent difficulties women have finding space in the worship music industry. Musicians like Matt Redman, Chris Tomlin, and David Crowder came to fame as worship leader–songwriters, performing rock-influenced music, in the vein of a historically male-dominated genre epitomized by the image of a man with a guitar.

Thiessen points out that, increasingly, women only show up in the CCLI Top 25 in mixed-gender collaborations, and often as one woman in a group with several other men. No all-female collaborations have made the list since 1988. Rather than opening up space for women to contribute, the collaboration model in the industry seems to be squeezing them out.

Her findings were not surprising to industry veterans like Nordhoff, who has experienced firsthand the ways in which women struggle to be heard or even included as collaborators.

Creative collaboration is vulnerable and emotional. For some, this kind of partnership between men and women is uncomfortable, particularly in ministry settings where close male-female relationships outside of marriage or family are seen as potential liabilities (or strictly off-limits, per the Billy Graham Rule or similar boundaries).

“It’s easier to avoid learning all of those things, I think,” said Nordhoff. “It’s actually harder for [men] to learn how to bring females in and how to navigate that.”

Thiessen’s research further highlights this dynamic; her analysis shows that of the 11 male-female collaborations that have made it to the CCLI Top 25 since 1988, eight of those were collaborations between husband-and-wife teams.

Even so, Nordhoff has seen and been a part of fruitful, healthy collaborations and hopes to see more.

“I do think it’s possible for us to learn to work together as brothers and sisters,” she said. “It’s imperative to the church of the future.”

It’s worth asking why the CCLI Top 25 is a helpful barometer to use in examining the health and inclusiveness of the worship music industry.

There are, after all, many female songwriters, performers, and worship leaders—Davy Flowers, Maryanne J. George, and Tasha Cobbs Leonard, for example—whose work is res

Churches Are Putting the ‘Hospital’ Back in Hospitality 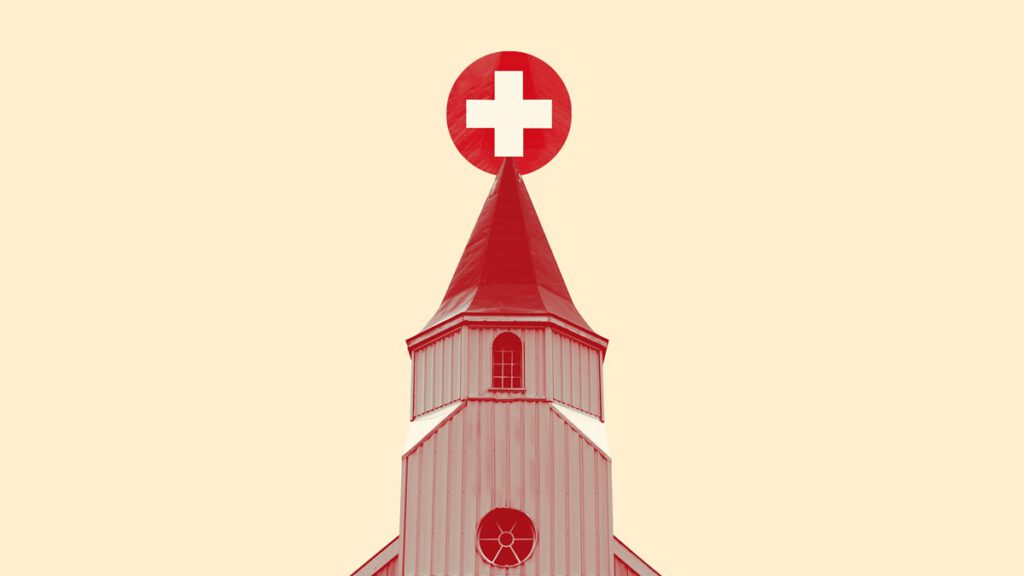