IDF Chief of Staff has some worries about the new administration, namely how it will deal with Iran

IS HIS silence democratic? Lt.-Gen. Aviv Kochavi after a recent helicopter flight.

The countdown is on until President-elect Joe Biden enters the White House, taking over from Donald Trump and marking a new era in US politics; a new era in terms of diplomacy, and security policy.

Though foreign policy may not be his number one concern after he takes the oath, he’s already picked his Pentagon transition team. The list is full of men and women who have years in the defense, foreign policy, energy, technology and other sectors, including at leading think tanks.

It is expected that Biden’s administration will likely reverse policies implemented by the previous administration, especially in regards to the Middle East. He will be more lenient with some countries, while more critical of others.

For Israel, which enjoyed a close relationship with the Trump administration – perhaps, some might say, preferential treatment – the need to continue the bond between the two countries is imperative, especially from a security perspective.

On Thursday, Walla News correspondent Amir Bohbot revealed that IDF Chief of Staff Aviv Kochavi is concerned about the incoming Biden administration for various reasons, namely how it might deal with Iran and its hostile actions in the region.

But should he be worried?

Israel considers Iran and its nuclear program to be its number one concern, and Israel’s hawkish prime minister, Benjamin Netanyahu, saw eye-to-eye with the Trump administration on how to deal with the Islamic Republic.

Biden’s plan to re-enter the deal that Trump withdrew from two years ago will not only put a strain on the diplomatic relationship between the two allies, but on the military one as well. Kochavi is concerned that under Biden, Washington will be more lenient as it attempts to bring Tehran back into the old Iran deal or to negotiate a new one.

It is believed that Iran has been continuing to develop the capabilities to produce a nuclear weapons arsenal as well as a ballistic missile capable of carrying nuclear warheads.

Iran, which possesses over 1,000 short- and medium-range ballistic missiles, is also suspected of continuing to smuggle weapons to countries and non-state actors such as Hezbollah who have strengthened their foothold along Israel’s northern border, as well as to Hamas in the Gaza Strip.

Syria, which has been backed by Iran and Russia throughout its civil war, has also demanded that the United States withdraw its troops from al-Tanf, a strategic desert garrison located on the Iraqi border, within miles of the Jordanian border. Iranian and Iranian-backed troops are not far from al-Tanf, and to withdraw from it would give them free reign to smuggle more weapons to Hezbollah and fortify their presence in the country.

But it’s not only what is going on in Syria that makes the alarm bells go off for Kochavi, but next door in Lebanon, where Hezbollah is a powerful political player. And with the country facing a devastating economic crisis, there is concern that the Biden administration will make concessions to the government – that might also benefit Hezbollah – in order to prevent the country from falling even further.

It’s a two-fold, if not a three-fold Iranian threat that the Israeli military under Kochavi continues to deal with.

Kochavi is still waiting to close the deals for the Air Force’s new heavy-lift helicopters and fighter jets and aircraft that are reaching the end of their life-cycles. It’s been years that the IAF has been waiting for the new platforms, even before Kochavi began his term, and for various reasons the decisions still have yet to be made.

Though the Biden administration will not delay the deals, Israel is now concerned that its Qualitative Military Edge (QME) could be at risk with the United Arab Emirates getting 50 F-35 stealth fighter jets as part of an arms deal with the US worth billions of dollars.

In late October, Anthony Blinken, Biden’s top foreign policy advisor, told reporters that he was not happy with the Trump administration’s decision to sell the world’s most advanced fighters to the UAE.

While he is unlikely to cancel the deal, Biden – who was involved in the 2016 negotiations between the two allies that cemented a $38 billion, ten-year memorandum of understanding (MOU) for defense aid, the largest military aid package in US history – will need to show how his administration guarantees Israel’s QME.

From Iran to desperately needed new platforms to maintaining Israel’s QME, Kochavi will continue to remain on the edge of his seat, always on alert for Israel’s security. 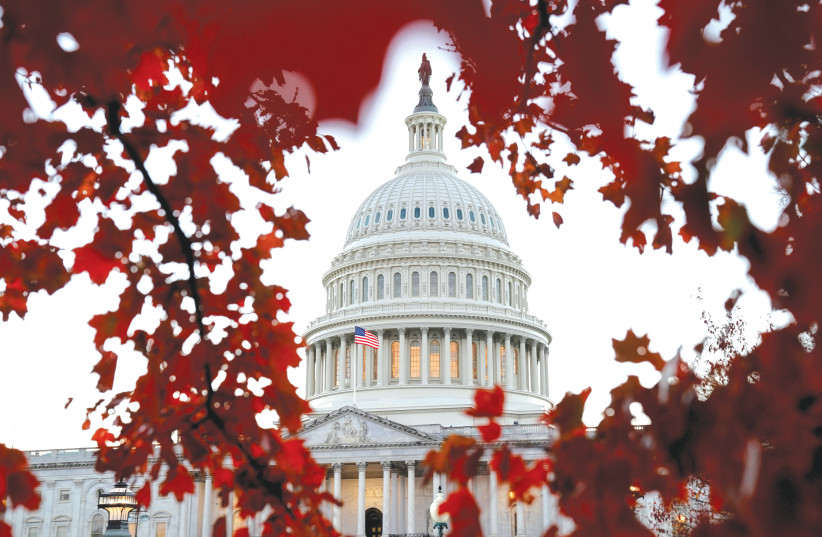 Edelstein: Israel to sign deal for Pfizer vaccine on Friday