Houthi telecommunications minister Misfer Al-Numair denied that the facilities were being used for military purposes.

Smoke rises from the site of a Saudi-led air strike on the telecommunications compound in Sanaa, Yemen February 14, 2022.

Warplanes of the Saudi-led coalition fighting in Yemen struck again at telecommunications compound in the Houthi-held capital Sanaa on Monday, residents said, following an earlier round of attacks on the site around dawn.

The coalition said earlier on Monday it had destroyed a Houthi system used to control drones, accusing the Iran-aligned movement of using telecommunications ministry headquarters to “launch hostile operations.”

Houthi telecommunications minister Misfer Al-Numair denied that the facilities were being used for military purposes.

The coalition, battling the Houthis for nearly seven years, said it asked civilians in ministries to evacuate before the operation was carried out in response to last week’s drone attack on Saudi Arabia’s Abha airport, which injured twelve people.

Residents and the Houthi-run Al Masirah television channel reported another attack on the Sanaa compound, which also houses the TeleYemen telecoms company building, on Monday evening.

Workers walk on stairs of a building hit by Saudi-led air strike at a telecommunication station in Sanaa, Yemen, February 14 , 2022. (credit: KHALED ABDULLAH/REUTERS)

A TeleYemen official told Reuters that employees had been evacuated. Internet and phone services were working, residents said.

Houthi forces have frequently fired drones and missiles at Saudi cities, and recently expanded attacks to coalition member the United Arab Emirates. The alliance has retaliated with airstrikes inside Yemen.

The Saudi-led coalition intervened in Yemen in 2015 after the Houthis ousted the internationally recognized government from Sanaa. The movement says it is fighting a corrupt system and foreign aggression.

El Al to assist in evacuation of US citizens from Ukraine 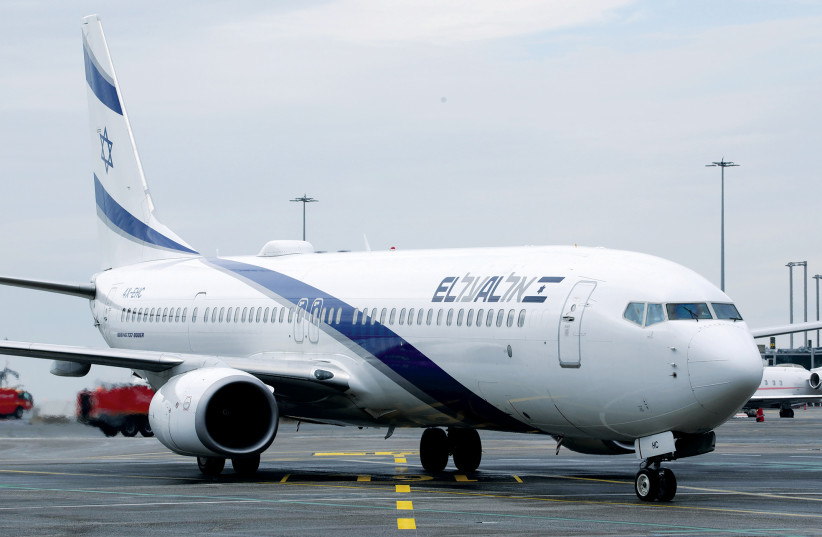