A 23-year-old refugee from Syria was surprised when an aid worker told her that he had a special fund to help her. The Jordanian christian said he could provide her with more than the mattress, coat, cookstove, and gas bottles that the others got from the local christian and Missionary Alliance church. Maybe a washing machine. Or even a flat-screen TV.

When he came to her home after midnight with a special delivery, she understood the man wanted something in return.

“He touched my hand and tried to kiss me,” the woman said in an Arabic statement obtained by Christianity Today. “I pulled back. . . . After that, there was no help from the church.”

The Jordanian church’s refugee aid program was given hundreds of thousands of dollars a year for seven years by more than half a dozen international christian aid agencies and scores of North American churches. Neither the churches nor the aid organizations appear to have ever checked to see whether their local partner had any policies to protect vulnerable women against sexual exploitation. The church did not have a reporting mechanism for abuse complaints, unless refugees wanted to go to the pastor of the church, who is the brother of the accused man.

“Leaders at the church had been hearing this for years. Pastors did nothing for years,” an American christian woman who has worked in the area for more than a decade told CT. She spoke on the condition that her identity be concealed because she works for a christian organization that hopes to continue partnering with the church.

“It got to be common knowledge amongst the Syrians. They would say, ‘If you want help from the church, send your young, pretty girls,’” she said. “There wasn’t one witness. There were like 99 witnesses.”

christian aid organizations have increasingly worked through local churches and ministries in recent decades. Instead of assisting refugees or others in crisis directly, they have funneled funding to those who are already on the ground. The use of “implementing partners” is considered a best practice for aid distribution. It can lower overhead costs and puts more decision-making authority into the communities actually receiving assistance. But adding links to the humanitarian supply chain also adds gaps in accountability.

“There is probably guilt over imperialism and Orientalism, and there are good reasons for that,” said Kahlil Sayegh, a christian who has accused another pastor, who receives international funds to distribute aid in Palestine, of sexually abusing eight women. “But there are universal moral values that are objective, and we have to hold to them everywhere.”

In Jordan, refugees from Syria started arriving in 2011. The local congregation began providing necessities to about 10 families per week. Then, with funding from Samaritan’s Purse, the christian and Missionary Alliance’s Compassion and Mercy Associates (CAMA), Mercy Corps, World Relief Germany, Dorcas, and others, the Jordanian church was able to buy more supplies, hire more workers, and distribute more goods. It ultimately served as many as 150 refugee families per week.

But with more than 20,000 refugees needing help, there was pressure to deliver goods as quickly as possible.

“It was not even a drop in the bucket,” said a local christian involved in distribution, who spoke on the condition that his name not be published because he feared the christian community would ostracize his extended family. He said sometimes deliveries continued late into the night, until there were complaints it was inappropriate for men to be bringing items into people’s homes—especially the homes of single or widowed women—hours after sunset.

Rules were put in place, but some people stretched the rules, and some broke them. The local christian aid worker confronted the director of aid distribution about going to pretty women’s homes after midnight and then reported the violation to the pastor. He was thanked and told not to worry about it.

He did not bring it up again. The man continued to make late-night visits.

The church, at the same time, started receiving funds directly from congregations in North America as short-term volunteers established independent relationships. The money came with no oversight and no strings attached.

This has become very common, according to Allison Schnable, a sociologist at Indiana University whose work focuses on nonprofit aid organizations.

“There’s a reliance on a personal relationship,” she said. “There is this desire to cut the red tape. They resent the red tape and the expense. But what we forget is that the red tape does protect certain people.”

The United Nations found ways to increase safeguards protecting refugees from aid workers in 2004, after a scandal in West Africa. One key reform was more people—especially women—monitoring distribution. Another was requiring local partners to have policies and reporting mechanisms that allow abused women to make allegations. That has became the standard for government aid, though not for religious organizations.

Of course, such policies are not always effective. “A lot of organizations have wonderful policies, but the reality on the ground is a far cry from what you would expect,” said Ben Nicholson, a former international christian aid worker and a victims’ advocate. “There are often too many funds tied up in a relationship, and the need is too great. The calculations shift, and things are very likely to be covered up.”

With or without a policy on sexual abuse, reporting often doesn’t happen unless there is an individual willing to fight for accountability. That person has to be unwilling to let things go and unashamed of causing disruption.

In Jordan, that person was Jeannette Roldan, an American Catholic who was working on community development programs while enrolled in an online social work degree program. In 2019, she did an assignment comparing the National Association of Social Workers’ Code of Ethics with the standards of the local church helping refugees and two supporting organizations: Samaritan’s Purse and CAMA. She found the church did not have any written policies against sexual exploitation and neither international organization seemed to require that as a condition of partnership.

According to Samaritan’s Purse, this is not true. The organization requires partners to subscribe to its “christian Code of Conduct” and adhere to its safeguarding and reporting policies.

“We serve in the name of Jesus Christ,” president and CEO Franklin Graham told CT in an email. “Any reports of misconduct are thoroughly investigated and anyone who violates our policies faces disciplinary action, including the immediate termination of their relationship with us.”

The code of conduct is not available online, however, and the form to report misconduct is only available in English. The local aid distribution worker told CT he was not aware that he could report allegations to Samaritan’s Purse.

According to the christian and Missionary Alliance, CAMA had policies for its own staff, but nothing mandating safeguards for local partners. Spokesman Peter Burgo said CAMA has urged partners to develop policies and tried to set a good example.

When Roldan contacted the two organizations with a 30-page report on policies against sexual exploitation and extensive recommendations for how to change, Samaritan’s Purse told her its partnership with the local church had already concluded. CAMA officials accepted her report and told her they would review it but that they hold no authority to investigate specific allegations. As she kept writing, giving them more information and asking for updates, they expressed annoyance that she would not stop.

Roldan, frustrated that nothing seemed like it was being done, visited the Syrian refugee woman with another female aid worker, and they took a statement. The woman said she knew three or four refugees the Jordanian christian tried to kiss or touch in exchange for special help.

“It was like a test to see how you would respond, whether you would go along,” she said. “He never forced himself on any girl. But if you went along, the assistance would continue. The moment you pulled away, all attention and assistance would stop.”

The report prompted one partnering organization to reach out to national leaders of Jordan’s christian and Missionary Alliance and demand an investigation. The investigation began in March 2021. A report was given to an executive committee at the end of the summer.

CAMA, in the meantime, has drafted new rules to require local partners to have policies to prevent sexual exploitation and abuse. The rules could be in place by the fall for the relief organization’s 24 ongoing international projects.

Most international aid to the church in Jordan has now stopped. This fall, the church will require volunteers to sign a code of conduct and set up an email address for anonymous reports of abuse.

“I don’t know how it’s going to wash out in the end,” said the American woman who works with an international christian organization in Jordan. “But as far as the kingdom is concer 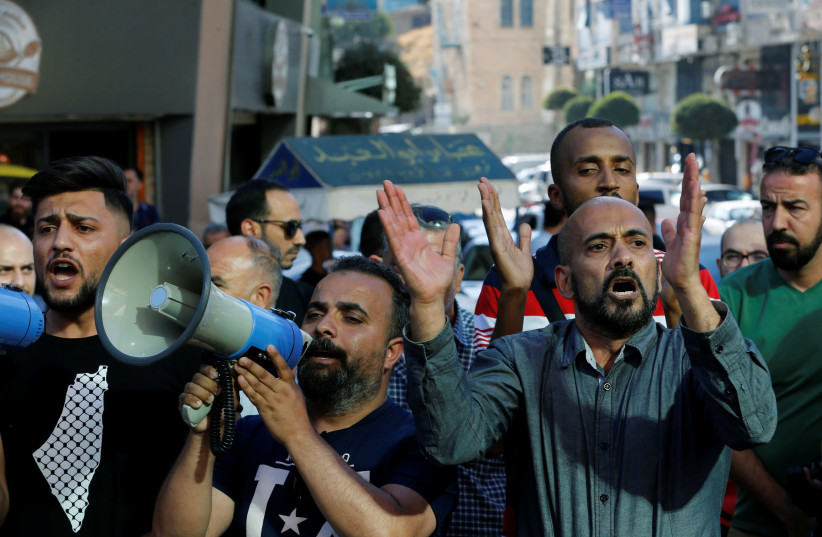 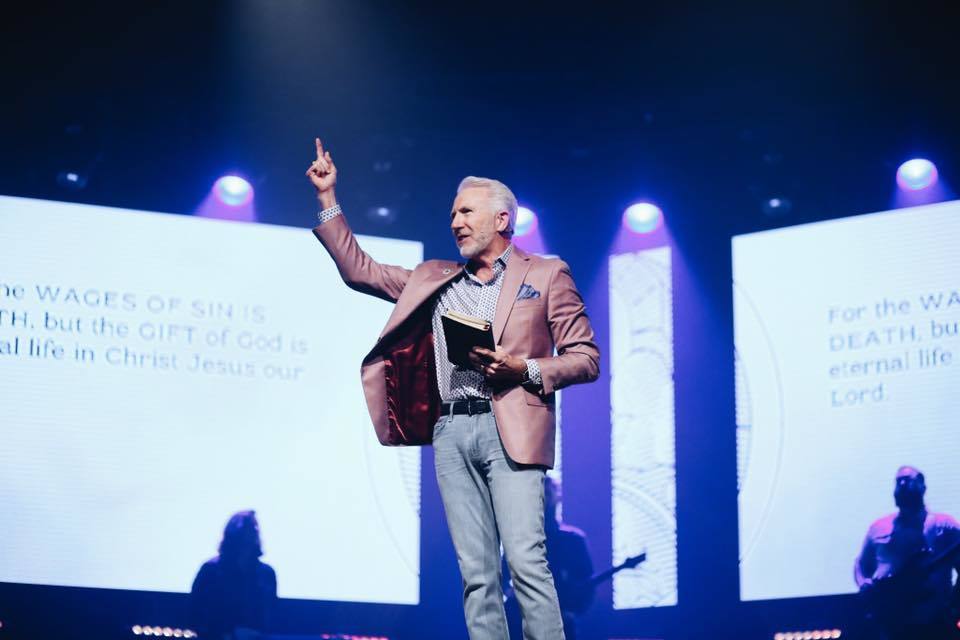