Offenses include passing out tracts and telling people to invite friends to hear the gospel.

Anatoly Chendemerov was handing out tracts that said “You must be born again!” in the Volga Federal District in southeastern Russia. He was fined 6,000 rubles, the equivalent of about $80.

Sergey Krasnov was passing out christian newspapers and New Testaments in Krasnodar, a city in the South. He was fined 5,000 rubles, or about $65.

Seo Jin Wook, a South Korean, met with about 10 people in a private home in Izhevsk, in the Western Ural Mountains, to talk about the good news of Jesus Christ. He told the people they should come back and bring friends. He was fined 30,000 rubles (about $400) and deported.

In the first six months of 2020, more than 40 people have been punished for violating a Russian anti-missionary law, according to a new report from Forum 18, a religious liberty news service based in Norway. Government lockdowns and pandemic stay-at-home orders did not substantially slow the multiyear crackdown on unauthorized religious activity.

Russia passed a 2015 law that said all religious meeting places needed to be registered. That regulation was followed in 2016 with an anti-missionary law. The bill was labeled as anti-terrorism legislation, meant to prevent foreign extremist from exerting influence in the country. At the time, religious liberty experts said it was hard to predict how the law would be applied and what activity would be prohibited.

“It is broad and vaguely defined,” wrote Travis Wussow, of the Southern Baptist’s Ethics and Religious Liberty Commission, in 2016. “Of course, limiting expression and freedom in a vague way is a tried-and-true tool of regimes to stifle speech beyond the language of the law by creating fear of punishment.”

Four years later, the application of the law is clear. Local police, sometimes supported by the Federal Security Service, have fined roughly 100 religious people per year for practicing their faith. Baptists distributing tracts and Muslims teaching people the language skills necessary to read the Qur’an are prime targets, alongside ongoing efforts to completely rid the country of Jehovah’s Witnesses.

So far in 2020, local police have fined a dozen Muslim men for teaching Arabic grammar, according to Forum 18. They have also fined a sectarian Roman Catholic performing a Latin Mass, a Pentecostal holding services in his home, and a dozen Baptists distributing religious literature. Seventy percent of Russians are Orthodox, though only about five percent go to church regularly. Seven percent of people are Muslim and about 2 percent are Protestant—mainly Baptist and Pentecostal.

While the government has been targeting evangelical Christians, the Russian constitution was also amended to include a reference to God, define marriage as a union between one man and one woman, and allow President Vladimir Putin to remain in power beyond his fourth term, which ends in 2024. The Russian legislature is also considering a law limiting religious liberty to Russian citizens and permanent residents, banning non-residents from practicing their faith in the country and preventing Russian religious leaders from receiving theological education abroad.

Putin has raised the status of the Russian Orthodox Church in his fourth term and talked about the need to stand strong against secularism and the “chaotic darkness” of the West, which he says is “denying moral principles and all traditional identities: national, cultural, religious, and even sexual.” That political program includes clamping down on “foreign religions,” such as Baptists.

“There is a sophisticated narrative … that Russian society and culture are under siege,” Eric Patterson, a scholar in the Robertson School of Government at Regent University, wrote for the conservative website The Blaze, “and that Russia is fortunate to have the bold, determined leadership of Vladimir Putin and his United Russia party to stand up against all forms of foreign influence and aggression.”

The United States Commission on International Religious Freedom has recommended targeted sanctions in response to the violations of religious liberty.

Editor’s note: CT is beginning to translate select articles into Russian, as part of our 200+ CT Translations. To get involved, contact CT Global. Second Night of the RNC Highlights Faith, Freedom and Justice 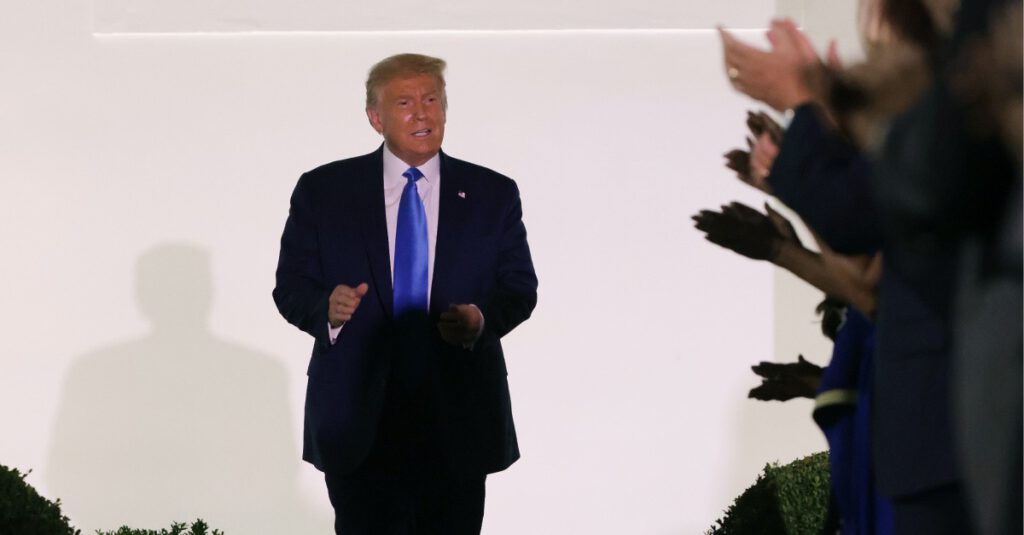