Russian forces were on the offensive Wednesday night on the western edge of Ukraine’s Donetsk region, according to a report by the Armed Forces of Ukraine. The Ukrainian military also reported Russian shelling of Maryinka, Mykilske, Poltavka and Orikhiv — all in the country’s southwest near the city of Mariupol.

“The occupiers shelled more than 40 towns in Donetsk and Luhansk region, destroying or damaging 47 civilian sites, including 38 homes and a school. As a result of this shelling five civilians died and 12 were wounded.”

The statement added that it repelled 10 Russian attacks and destroyed four tanks and four drones. According to the report, 62 Russian soldiers were killed.

Ukrainian President Volodymyr Zelensky said that Russian troops “heavily outnumber us” in some parts of the east. Reuters was unable to independently confirm the battlefield reports.

Ukrainian Channel 24 News reported on Wednesday evening that a new batch of Kalibr missiles was being loaded into Russian submarines off the coast of Sevastopol in the Black Sea.

Zelensky has been trying to arrange a prisoner swap with Moscow. He has been unsuccessful so far.

“There are a lot of prisoners,” Miroshnik said. “Now the total number is somewhere in the region of 8,000. That’s a lot, and literally, hundreds are being added every day.”

As Moscow seeks to solidify its grip on the territory it has seized, President Vladimir Putin signed a decree simplifying the process for residents of newly captured districts to acquire Russian citizenship and passports.

The Russian parliament scrapped the upper age limit for contractual service in the military on Wednesday, highlighting the need to replace lost troops.

Russia calls its actions in Ukraine a “special operation” to disarm Ukraine and protect it from fascists. Ukraine and the West say the fascist allegation is baseless and that the war is an unprovoked act of aggression.

In a late-night video address, Zelensky, commenting on the new Russian enlistment rules, said: “(They) no longer have enough young men, but they still have the will to fight. It will still take time to crush this will.”

Zelensky said this week the conflict could only be ended with direct talks between him and Putin.

After failing to seize Ukraine’s capital Kyiv or its second city Kharkiv, Russia is trying to take full control of the Donbas, comprised of two eastern provinces Moscow claims on behalf of separatists.

Local residents walk past service members of pro-Russian troops standing guard at the main square during Ukraine-Russia conflict in the town of Svitlodarsk in the Donetsk region, Ukraine May 25, 2022. (credit: REUTERS)

Russia has poured thousands of troops into the region, attacking from three sides in an attempt to encircle Ukrainian forces holding out in the city of Sievierodonetsk and its twin Lysychansk. Their fall would leave the whole of Luhansk province under Russian control, a key Kremlin war aim.

“Everything now is focused on the Donbas,” Ukrainian interior ministry adviser Vadym Denisenko told a briefing.

He said the situation was very tense as 25 Russian battalion tactical groups attempted to surround the Ukrainian forces.

The UK Ministry of Defence tweeted on Thursday, saying:

“Russia’s airborne forces – the VDV – have been heavily involved in several notable tactical failures since the start of Russia’s invasion. This includes the attempted advance on Kyiv via Hostomel Airfield in March, the stalled progress on the Izium axis since April, and the recent failed and costly crossings of the Siversky Donets River.

“Russian doctrine anticipates assigning the VDV to some of the most demanding operations. The 45,000-strong VDV is mostly comprised of professional contract soldiers. its members enjoy elite status and attract additional pay.

The VDV has been employed on missions better suited to heaver armoured infantry and has sustained heavy casualties during the campaign. Its mixed performance likely reflects and strategic mismanagement of this capability and Russia’s failure to secure air superiority.”

Latest Defence Intelligence update on the situation in Ukraine – 26 May 2022Find out more about the UK government’s response: https://t.co/rE0lcSuRxb #StandWithUkraine pic.twitter.com/QCCDhm8rHj

The leader of Russian-backed separatists in the breakaway Donetsk region called on Thursday for the military operation in the Donbas region of eastern Ukraine to be accelerated, the RIA Novosti news agency reported.

Denis Pushilin, head of the Donetsk People’s Republic (DPR), said Kyiv had blocked water supplies to key cities in the north of the region and called for military action to be stepped up.

Police in Lysychansk are collecting bodies of people killed in order to bury them in mass graves, Luhansk regional governor Serhiy Gaidai said. Some 150 people have been buried in a mass grave in one Lysychansk district, he added.

Families of people buried in mass graves will be able to carry out a reburial after the war, and police are issuing documents enabling Ukrainians to secure death certificates for loved ones, Gaidai said.

A missile blasted a crater in a railway track and damaged nearby buildings in Pokrovsk, a Ukrainian-held Donbas city that has become a major hub for supplies and evacuations.

In Kramatorsk, nearer the front line, streets were largely deserted, while in Sloviansk further west, many residents took advantage of what Ukraine said was a break in the Russian assault to leave.

“My house was bombed, I have nothing,” said Vera Safronova, seated in a train carriage among the evacuees.

Further north, two people were killed and seven wounded by Russian artillery shelling of the town of Balakliya in the Kharkiv region, an aide to its governor said on Facebook.

Russia is also targeting southern Ukraine, where officials said shelling had killed civilians and damaged scores of houses in Zaporizhzhia and missiles had destroyed an industrial facility in Kryviy Rih.

Moscow has blockaded ships from southern Ukraine that would normally export Ukrainian grain and sunflower oil through the Black Sea, pushing up prices globally. The African Union urged the two countries on Wednesday to unblock exports of grains and fertilizer to avoid widespread famine.

Russia has blamed Western sanctions for the food crisis. It said on Wednesday it was ready to provide a humanitarian corridor for vessels carrying food to leave Ukraine but wanted sanctions to be lifted in return.

The United States pushed Russia closer to the brink of a historic debt default on Wednesday by not extending its license to pay bondholders. That waiver has allowed Moscow to keep up government debt payments till now.

The European Commission proposed on Wednesday to make breaking EU sanctions against Russia a crime.

The EU also said it hoped to agree on sanctions on Russian oil before the next meeting of EU leaders.

But Russia, for now at least, is not short of money. Oil and gas revenues stood at $28 billion in April alone thanks to high energy prices.

How 7 Christian Leaders Reacted to the Uvalde, Texas, School Shooting 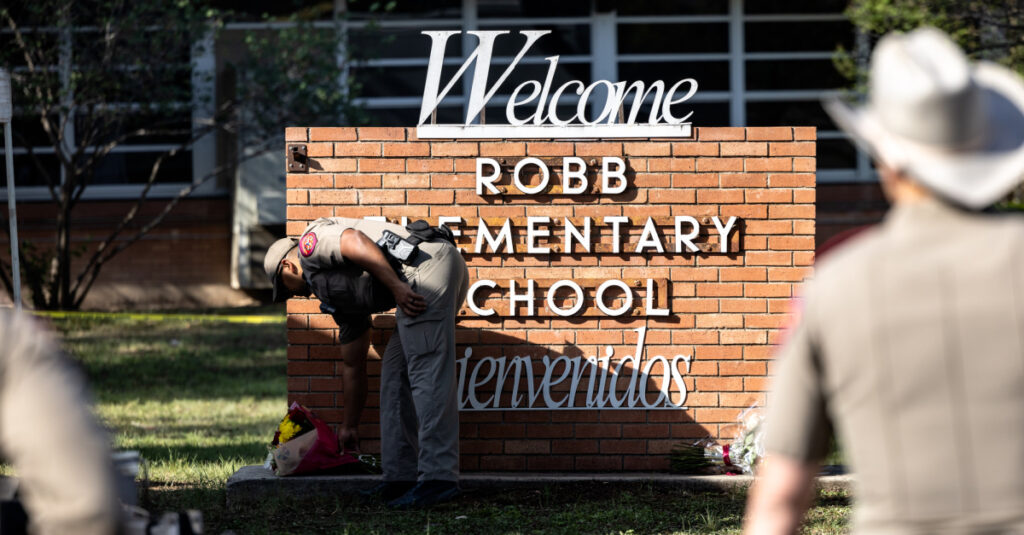