Russia-Ukraine war: Meet the Polish-Ukrainian refugees at the border

A family with three young girls walks through the Poland-Ukraine border crossing. It’s freezing cold but the chilled wind doesn’t ruin their relief. They are free at last. They have no suitcases, just a few bags. The young girls each hugged teddy-bears.

The border crossing looks like a large, improvised refugee camp. There is a smell of smoke in the air from several groups of people lighting fires in an effort to warm up. At the border crossing, buses and vehicles pass. Some have reached the border alone with nothing but a suitcase or even just a small bag. Many Ukrainian refugees say they had packed suitcases but were forced to leave them in Ukraine following Russian assaults and explosions.

The Red Cross was forced to evacuate from the border a few kilometers into Poland. Whoever entered the gaping space was met by the Israeli organization Rescue Without Borders, which brought medical volunteers from Israel and set up a small tent that became an essential lifesaver.

Rescue Without Borders chairman Aryeh Levy said, “We have been here for two days, and are constantly treating refugees who come here destitute, many of whom suffer from hypothermia and dehydration. The organization brought 100 thermal blankets, which ran out too quickly.”

During our conversation, a woman fainted nearby, and rescue members rushed to treat her. Later I found out that she actually had a heart attack. Israeli volunteers saved her life, but the ambulance that was rushed to the scene is not allowed to leave. Instead, there is a mess. There are almost no Polish policemen or soldiers supervising the compound.

Jasren, an Indian student who has been studying in Kyiv for the past year, crosses the border and is shivering from the cold.

“We walked for three days from Lviv until we reached the border crossing to Poland,” he said. “To my delight, people from the neighboring villages came out to us with soups, tea and food to help us go through this journey safely.”

He said he does not intend to return to Ukraine.

“I will return to my home in New Delhi, but cannot stop and think about my friends in Ukraine who have no home to return to. I at least have one” he said, trembling. “I haven’t slept in a bed for four days. I intend to go to the shelter of the Embassy of India and then will return to India.”

A group of three Israelis living in Poland arrive at the border with a box of kosher sandwiches: small challahs with tuna salad. They asked not to be identified in the media.

“We came here not to be famous but to help” they said while giving us and everyone in the place sandwiches. “It’s kosher and halal” they told Muslim students from Morocco and Lebanon who also asked to eat something after long days of not living a normal life.

AHARON AHARONCHIK, an Israeli who emigrated from Lithuania, came to the border in order to cross in the other direction toward Ukraine.

“I came to help my friends” Aharonchik says in Hebrew. “My friends, a family of five with an 80-year-old grandmother, want to leave. I told them I’d come to help them” he told us. “They were 50 kilometers from here but now they are approaching the border and I will go out with them to accompany them to Poland.” Afterward, he plans to assist the Israelis Embassy to finalize their immigration to Israel.”

We escorted him to the border, where I asked him, “Are you scared?”

He smiled and said, “Absolutely not.”

On a phone conversation, Max Kingsborsky, an Israeli-Ukrainian, fled to a hotel near the border on the Polish side. He is a businessman who has lived in Kyiv in recent years.

“My wife heard explosions and we decided to leave immediately. We got in the car and drove with our little baby for three days. I saw a lot of people walking while we were driving. This is a hallucinatory situation.”

Now he is trying to buy military and medical equipment for his friends inside Ukraine.

“Most of the soldiers in Ukraine today are civilians who have never held a weapon in their hands” he said. “I am now buying medicine, knee pads and vests because there is a great shortage.

“It’s inconceivable. Four days ago I was living in Kyiv and now I’m a refugee,” Kingsborsky said. “I chose not to be a bystander. If I can somehow help them from here in Poland to win the war, I will do it.”

When I asked if he thought the Jews of Ukraine were interested in emigrating to Israel, he said, “A high percentage of the community in Kyiv, which is large and united, will immigrate to Israel and not return to Kyiv at all.”

On the Polish side of the border, there were no representatives of the Foreign Ministry during our visit, although they arrived later. Nor were there any representatives of official Jewish organizations such as the Jewish Agency, the Joint Distribution Committee or Nativ. However, a Jewish Agency emissary received a bus filled with 90 Ukrainian-Jews on Tuesday who were preparing to immigrate to Israel in the coming days.

The Jewish Agency in cooperation with the International Fellowship of Christians and Jews has opened a transit station in a hotel near Warsaw International Airport for Ukrainian Jews who will immigrate to Israel. The station houses about 100 people. The Jewish Agency also has such stations in Moldova, Hungary and Romania. 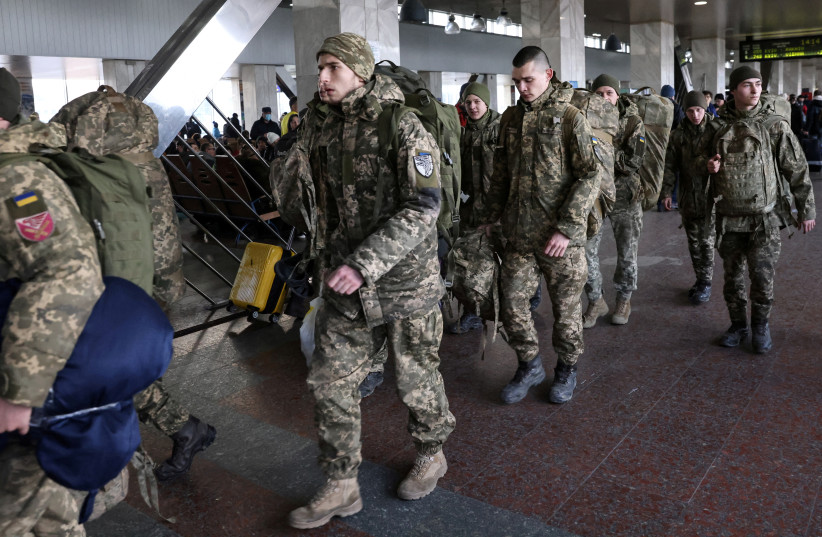 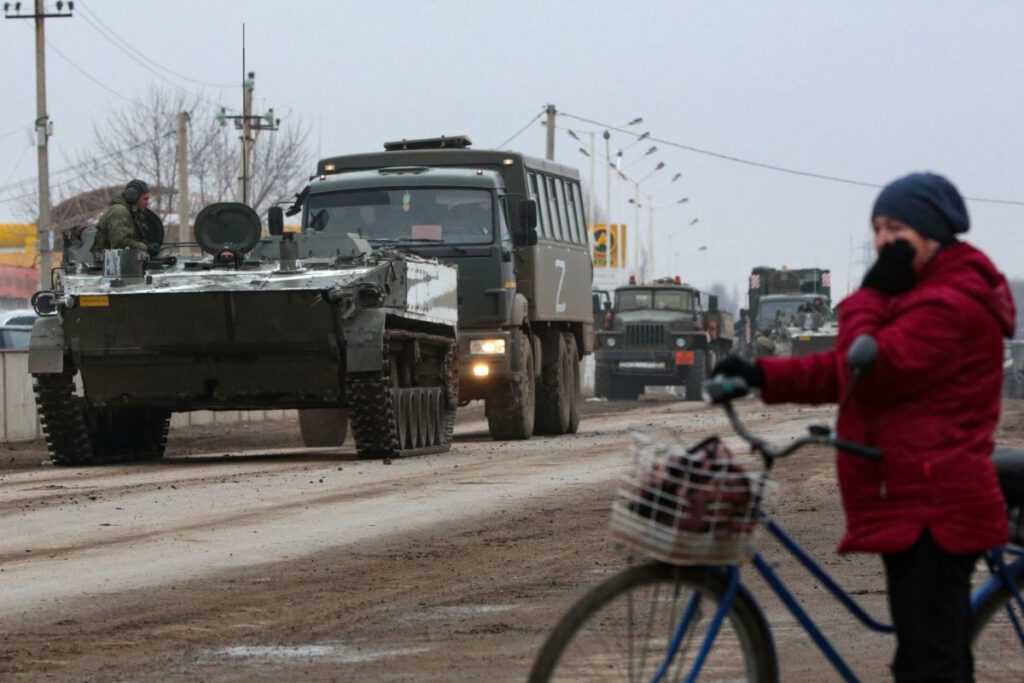