The selection of Andy Wood and his wife, Stacie, to succeed Rick and Kay Warren as leaders of the California-based Saddleback Church has triggered “shock” and “fear” in some who have worked with Wood over concerns over what they characterize as leadership abuse.

However, Saddleback Church announced this weekend that Wood, the founding pastor of Echo.Church in the San Francisco Bay Area, has so far been cleared during the early stages of a preliminary investigation into the allegations.

“When I first saw the news that Andy had been selected as Rick’s replacement, my first reaction was shock. And my second reaction was fear,” Lance Hough, a former creative arts pastor at Echo.Church Fremont Crossroads, told The christian Post Monday in response to Saddleback’s June 2 announcement.

“It seems to me like Andy has been in a place of unaccountable leadership. And I would hate to see the patterns that started at Echo Church be recreated at Saddleback at such a much larger scale.”

The announcement of Warren’s successor comes after nearly 43 years of ministry spanning 197 countries, the baptism of 56,000 new believers, donations of more than $1 billion to christian causes and the development of support ministries and groups focusing on HIV/AIDS, grief care and mental health.

“Kay and I believe so much in this couple. We love them so much, and we are confident that God has prepared and chosen them to take up the baton and run the next leg of the Saddleback marathon,” Warren said in a statement. “We truly, deeply, confidently and unreservedly endorse this couple to take our church to the next level of growth and impact.”

Warren’s excitement over the Woods taking over the large Southern Baptist congregant has been alarming to some who have a different experience with Wood’s leadership in ministry.

Among those people appears to be podcaster and international speaker Lori Adams-Brown, whose LinkedIn page says she worked full-time at Echo.Church from August 2019 to March 2021 as an associate campus pastor and development director.

A day after the announcement, she stated on Twitter that “a pastor with many allegations of abuse against him” had been “hired to be the pastor of one of the largest churches in America.” As of Monday afternoon, the tweet had more than 700 likes.

“When a pastor with many allegations of abuse against him from over more than a decade gets hired to be the pastor of one of the largest churches in America, and none of the survivors that you know were ever reached out to by the elder board that unanimously approved him… #sbc” Adams-Brown wrote without mentioning Wood or Saddleback Church by name.

“There is so much behind the curtain. Harboring abuse & promoting those who abuse power while discrediting survivors with DARVO (deny, attack, and reverse victim and offender) is the opposite of God’s kingdom. At minimum in light of the SBC report, elder boards should reach out to all former employees when hiring a pastor.”

Adams-Brown’s comment references a May 22 report compiled by investigative firm Guidepost Solutions detailing the results of an investigation into allegations that Southern Baptist Convention leaders intimidated whistleblowers and exonerated churches with credible claims of negligence of sexual abuse victims.

In a statement to Saddleback Church members, Saddleback elders reiterated how rigorous they were in selecting Woods to lead the church. The church is reviewing the allegations against Wood and claims that, as of now, they have no evidence to substantiate any of the claims.

The statement shared with church members was shared with CP by representatives of the church on Monday.

“The Vanderbloemen Search Group, one of America’s best known and highly respected christian executive search firms, was hired to conduct the rigorous background check. At the conclusion of their investigation, which included wide-ranging interviews with Echo Church staff, board members and outside leaders, Vanderbloemen reported a clean slate and gave an enthusiastic green light for hiring the candidate. After elder approval, a public announcement was made to move forward with the calling of Andy Wood as pastor of our church,” elders said.

“However, once announced, a former Echo Church employee alluded to accusations against Pastor Wood’s leadership using social media. During the interview process, Pastor Wood had taken the initiative to tell our elders about the accusations made by a former staff member against the manner in which he and others were leading the Echo Church staff,” the elders continued. “Pastor Wood offered videotapes of his meetings with the former staff member, including his attempt at seeking peace in the relationship. The Echo Church board, which included respected christian leaders from out of state, also contested the validity of the accusations.”

Despite the support for the 40-year-old Wood, Saddleback elders said they re-engaged Vanderbloemen to review the accusations and “launched a second series of interviews of our own.”

Saddleback said a preliminary second report from The Vanderbloemen Search Group cleared Wood “from all allegations.”

“Vanderbloemen was provided an exhaustive report that was conducted by the board at Echo Church, which included video footage, email and text records, and interviews. They also interviewed more staff and board members of Echo. Finally, they tried to reach out to the former staff member and have yet to receive communication back. In this preliminary secondary report from Vanderbloemen, they stand behind their original assessment of Pastor Wood and believe he is clear of all allegations,” the Saddleback elders stated.

“The report is not yet completed. As you can imagine, a process this thorough requires numbers of conversations. So instead of waiting until the end of the process to report to you, we felt it was important that you hear the facts on this from us now, rather than in the news or on social media. We’ll let you know as soon as we hear on the final report.”

The Woods will officially step down from Echo.Church on June 26 and move to Orange County in July. The couple will attend Saddleback in August during Warren’s final preaching series.

Hough, who said he resigned from Echo.Church in September 2020, described Wood’s leadership as “unhealthy.”

During a merger between Echo.Church in Freemont and Crossroads Church, Hough had the opportunity to observe Wood in action. He alleges staffers were forced to treat him worshipfully.

Hough said he resigned for a number of reasons, but “they all came down to the culture of Echo.Church.”

“I was a staff member of Crossroads Church in Fremont, which began a merge process with Echo. At the beginning of that process, we were told it was going to be a marriage merger where two organizations are coming together and how we were going to bring the best aspects of both organizations,” Hough, who now lives in Spokane, Washington, said.

“It became very clear as soon as we started to kind of do that merge process that there was no interest in absorbing any aspects of the Crossroads culture, that we were expected to assimilate to the Echo Culture.”

On its website, Echo.Church explains how mergers “have become one of the most effective strategies for struggling churches to thrive again, for growing churches to amplify their reach, and for church facilities to be better utilized to advance the Gospel in a region.”

The website cited three common types of mergers — rebirth, adoption and marriage. Hough claims Echo.Church and Crossroads Church agreed to a marriage merger, which occurs when “two growing churches realign with each other under a unified vision and new leadership configuration.”

“During that time, I was able to observe the culture [and] ask questions. … They did not appreciate me asking questions. And so there was kind of this culture of ‘this is how we do things. What we say goes’ whenever it came down to like ‘Andy wants this, or Andy would like this done a certain way.’ That was not to be questioned. There was no ifs, ands or buts,” Hough said. “It’s not a discussion. If Andy says jump, we say, ‘how high?’ There was definitely a culture of leader worship at Echo Church.”

Hough said that when Saddleback Church cites evidence clearing Wood of abuse, he is “curious to see what they have.”

“What I can say is that based on me talking to the dozen-plus current staff members at Crossroads Church, which is now a campus of Echo.Church, they didn’t interview any of those people. So to say that they interviewed current staff, I don’t know who they interviewed but there is at least a dozen people I know who did not get interviewed and they sure as Hell didn’t contact any former staff,” Hough said.

“To me, that feels like a pretty weak search or a weak investigation. There are many former staff but there are at least four or five, even in the last year, that we weren’t contacted,” he continued. “I left in September of 2020, but there have been several more that have left since that time and none of us were contacted.” 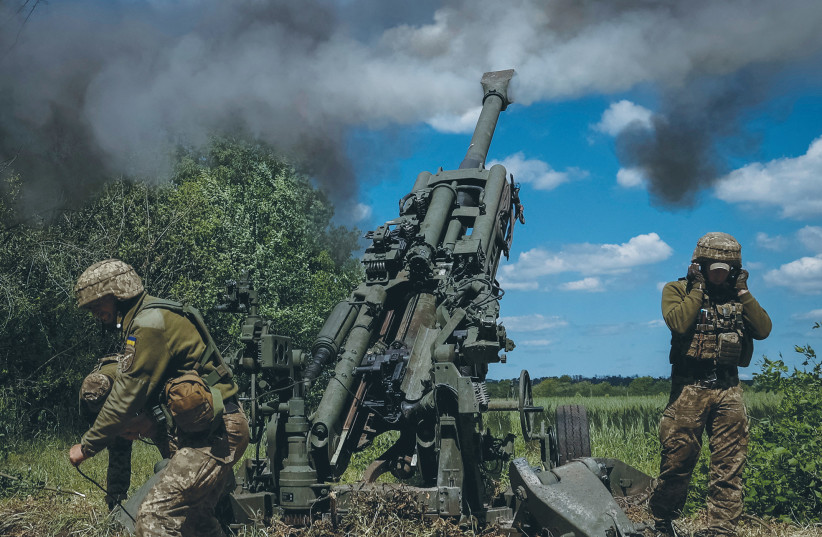