Most people vividly remember where they were on the dreadful day, 19 years ago, when terrorists hijacked planes, weaponizing them as bombs to be flown into buildings. As a sophomore studying at Union University (Jackson, TN), I remember the images flashing across the TV screen as we paused our “Becoming a Global christian” class. The professor, the students, we were all speechless as we witnessed live coverage of the second plane hitting the second tower.

In the hours, days, weeks, months, and even years after the tragedy, Americans experienced a myriad of emotions. Even still today, there is great grief and sorrow from the loss of family members, friends, and first responders of that day. For many, the motto, “We will never forget,” will live on in infamy.

As I look back during that dark time in American life, I do remember a ray of light. The ray of light I remember was that of unity among Americans from all races, ethnicities, backgrounds, religions, and creeds. Americans were united in their grief and sorrow, their resolve to recover and rebuild, and in their agreement to defeat terrorism. President Bush delivered an address to the American people from the Oval Office on 9/11 where he stated,

Terrorist attacks can shake the foundation of our biggest buildings, but they cannot touch the foundation of America. These acts shatter steel, but they cannot dent the steel of American resolve. America was targeted for attack because we’re the brightest beacon for freedom and opportunity in the world. And no one will keep that light from shining. Today, our nation saw evil—the very worst of human nature—and we responded with the best of America.

Throughout our nation’s history, there have been seasons of disunity and divide, as well as seasons (like after 9/11) of unity and unison. And yes, sometimes it is a great tragedy that brings us together to remind us that we are the United States of America—the land of the free and home of the brave.

Since 9/11, every time I look at my watch when the time reads 9:11, I think of two things: the terrorists’ attacks and the word “emergency.” In an emergency there’s a reordering of priorities.

For instance, on 9/11, we had a national emergency. Our nation was under attack, and therefore, there was a reordering of priorities for our nation and our citizens therein. In that emergency, Americans put aside petty differences and squabbles and focused on the emergency and the response at hand—to grieve, recover, restore, rebuild, defend, and heal. I remember watching Game 3 of the 2001 World Series where (then) President Bush threw out the ceremonial first pitch. At the end, the entire stadium chants, “USA.” [It really is a moving site when you consider the context—contrast it to the boos of the Kansas City Chiefs’ fans from Thursday Night Football when both the teams stood in solidarity.]

In an emergency, not only do we reorder our priorities, we remember our foundation. When traumatic events like 9/11 enter our lives, wrecking our structures (whether structurally, physically, or emotionally), we tend to cling to our foundation—our anchoring beliefs and values. In the aftermath of 9/11, this was true for Americans. They rallied around faith in the divine and the defense of freedom.

After 9/11, many Americans rushed backed to church. Tim Keller, Pastor of Redeemer Presbyterian Church in Manhattan (at that time), delivered a message entitled, “Truth, Tears, Anger, and Grace.” It was a powerful message from John 11 reminding Christians that Jesus is the resurrection and the life and anyone who believes in him will live even though they die. In a world filled with pain and tragedy—in which humans try to make sense of such things—Jesus offers truth to anchor us, tears to comfort us, anger at death to sympathize with us, and grace to fill us.

Americans not only sought the divine in the midst of disaster, but they also anchored themselves firmly to the idea of freedom. Freedom, at least from an American viewpoint, would include such ideals like democracy, rights, liberty, opportunity, and equality. And an attack on America, is an attack on freedom to pursue such ideals.

Fast-forward 19 years, and we find ourselves almost in the last quarter of the year 2020. I believe 2020 has given Americans 20/20 vision that something is desperately wrong with the world.

Between COVID-19, the lockdowns, the negative effects of the lockdown on depression, suicide, abuse, children, and families, the economic roller-coaster, the murder of George Floyd, the tragic deaths of other black Americans at the hands of police, the heightened racial tension, the looting, rioting, and increased violence in American cities, the spewed conspiracy theories, the damaging effects of hurricane Laura, the wildfires ravaging the West, and the vitriolic political season, we find ourselves being terrorized by sin and its effects on and in the world.

However, it seems Americans have different priorities and a shifting foundation from 19 years ago. Today in 2020—in the midst of the piles of rubble throughout the nation—there seems to be no agreement on priorities. The prioritization in the 2020 emergency seems to be more tribal and individualistic than patriotic and nationalistic. And rather than unifying us as a nation, it is dividing us more and more.

Spiritually, people aren’t rushing back to church. In fact—thanks to COVID-19—church attendance has declined significantly. Many church experts think that it will be a while before church attendance hits the pre-COVID-19 levels. Thus, in the midst of 2020, with all the tragedy (and loss) we have faced and are facing, many Americans (and Christians) are dealing with it on their own. In other words, to spin off Tim Keller’s sermon preached days after 9/11, people are creating their own truth, shedding tears in hopelessness, yelling in anger, and are devoid of grace.

Nationally, it seems Americans aren’t clinging to the same foundation of freedom and the ideas therein. Politically, each side basically calls the other heretics, claiming that the other wants to destroy the fabric of America. Racially, there are some calling for the dismantling of the American system altogether since they see America as an inherently racist country.

Soberingly, last year The Washington Post ran an article with the following title, “In America, talk turns to something not spoken of for 150 years: Civil War.” In that article, former U.S. attorney Joseph diGenova is quoted saying, “We are in a civil war… the suggestion that there’s ever going to be civil discourse in this country for the foreseeable future is over. . . . It’s going to be total war.”

In short, 9/11 was a national emergency in which, from the rubble, Americans rallied to support one another and move courageously and boldly into the future. 2020 has been one crisis and tragedy after another that has made it abundantly clear (20/20 vision) that something is wrong with the world. From the rubble, it seems rather than supporting one another and moving courageously and boldly into the future united, many are stoking the fire of division.

A Word to the Church in America During these Troubling Times

As our nation sits amid the rubble of 2020, they desperately need a 20/20 vision of hope, light, and life. Church we have that vision. In fact, we are the movie trailer for the feature film of God’s consummated Kingdom (made possible by the blood of Jesus) that provides just the vision our nation needs.

On a day of national remembrance, where we will never forget the tragic day of 9/11, let us remember our biblical call in this world. A call that pledges our ultimate allegiance to King Jesus. A call that makes us God’s missional vehicle to be salt and light in the world. And a call that seeks the peace (shalom) of the cities and nation in which God has sent us.

When we remember and enact our vocational call, the church’s presence acts like the healing balm of Gilead. And given that our nation is wounded—not just from remembering a tragic day but living in a tragic year—it sure could use some of that balm.

The Exchange is a part of CT’s
Blog Forum. Support the work of CT.
Subscribe and get one year free.
The views of the blo 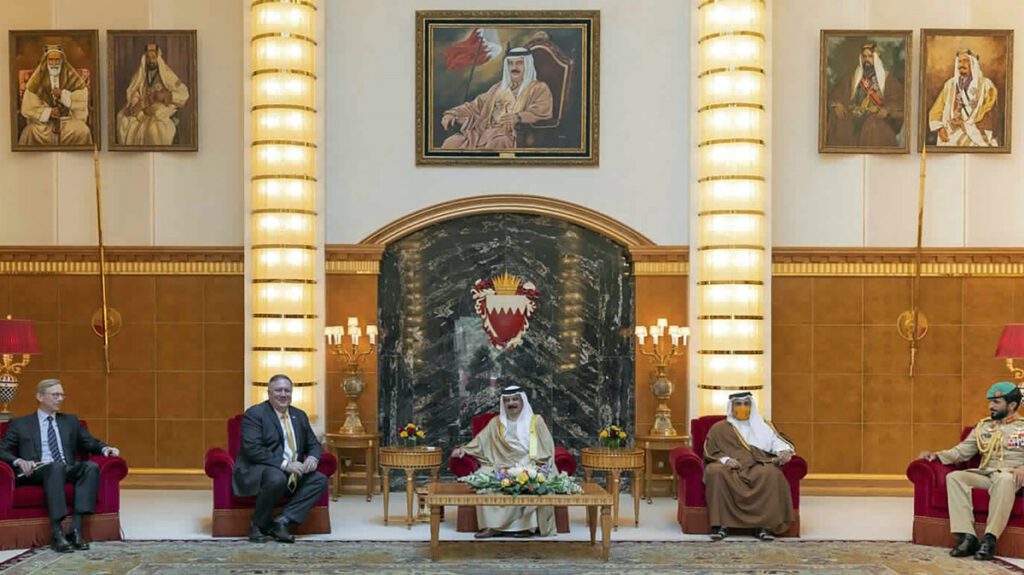