Processing and profiting from failure: Moving from the swamp of failure to the zone of excellence (pt 3)

One of the truly dismal days of my life dawned in March 1966. I don’t remember the date but can still feel the urgency that prodded me to decide and act.

I stared deeply that day into the quicksand of failure and realized I was already up to my neck. The big question was how to extract myself and family before the quagmire swallowed us whole.

As I detailed in Parts I and II, in 1965, against the advice of family and friends I abruptly resigned the noted megachurch where I was a staff pastor, left the Texas seminary where I was a second-year student, and relocated across the Atlantic, thousands of miles from loved ones. I was buoyed by a vision of building a strong, vibrant church in Europe while simultaneously earning a prestigious degree from the University of Erlangen.

But on that March day in 1966 — barely four months after our arrival in Germany — I had to face up to the possibility I had missed the Lord and His will and made a disastrous decision that seemed irreversible.

The military people who made up the membership of our struggling church were being transferred to Vietnam, and our little family was down to our last $500. “We either use this to live on here in Germany or to get ourselves back to America,” I told my wife.

As I thought about her and our baby, I knew it was imperative to move my family home. There would also be another move I would have to make. It would take me from the dismal swamp of failure to the bright horizons of what I would come to call the “zone of excellence.”

That “zone” is a narrow strip in which you are positive, confident, and effective. There, success “happens”, and it appears you cannot fail. Writer Emily Hill commented on what athletes said about being “in the zone”: “a hyper-focused, sometimes spiritual state of mind where anything is possible… where we become our most productive, creative, and powerful selves.”[1]

But anyone who has experienced being in the “zone” in ministry under the Holy Spirit can testify that it is even more wonderful than that.

However, failure thrusts us out of our “zone,” leaving us with frustration, guilt, and a wearisome struggle to find our way back.

To understand the “zone of excellence”, think of a rectangle marked off top, bottom, right, and left with bold perimeters.

The top boundary is your identity in Christ. Our sense of self arises from our own self-perception and shaped by other people and their responses and relationships with us. Neither self nor another individual will give us a true sense of identity. If we rely on those interactions, we will make one of two mistakes—and sometimes both: We will either overestimate or underestimate ourselves.

Christ’s transcendent opinion and understanding of the person we are and why God put us in the world is what counts. Although I was tempted to be angry at God some days and embarrassed to come before Him at other times, eventually I had to re-engage with my Lord and Savior. When I did, I began to get back some sense of who I am in Him.

The bottom marker on the zone of excellence is things learned and character developed through trial and suffering. As I studied scriptural characters it became evident that all those who were so effective at leadership suffered greatly. That included Jesus, who “learned active, special obedience through what He suffered.” (Hebrews 5:7-10 Amplified).

Saul of Tarsus met the resurrected Christ on the Damascus road, and was shifted to a new “sphere” where he and success trekked together across the Roman Empire. Inside his “sphere” he suffered and learned much, and wrote,

We will not boast about things done outside our area of authority. We will boast only about what has happened within the boundaries of the work God has given us, which includes our working with you. We are not reaching beyond these boundaries when we claim authority over you, as if we had never visited you (2 Corinthians 10:13-14)

“Boundaries” is the Greek word, metron, the “measure” that establishes a certain place and its distinctives. We fail to achieve “excellence” when we try to step beyond our measure. Sometimes God will allow us to fail in “spheres” and places to which we were not called and gifted by Him for the work needed there. This is one of shocking discoveries that first, hurt, and then blessed my life.

I did not want to face the fact that I had allowed my own ambitions to put me in a place for which I was not equipped. But what a joy to discover that God was not through with me but would Himself get me to the places where I could serve without me manipulating my way there.

As he got older, C.S. Lewis could look back on his life and see his failures and feel again his pain. From that lofty time-perspective things made better sense. “You can’t go back and change the beginning,” he wrote, “but you can start where you are and change the ending.”

So, you and I will not see the sweep that includes and provides perspective on our failures and pain until we get higher up the slopes of time. Despite our weaknesses and slides back down the mountain we must brush off the rocky grit of failure and keep climbing “Mount Hoary.”

“Climbing Mount Hoary” will be the final installment in this series. 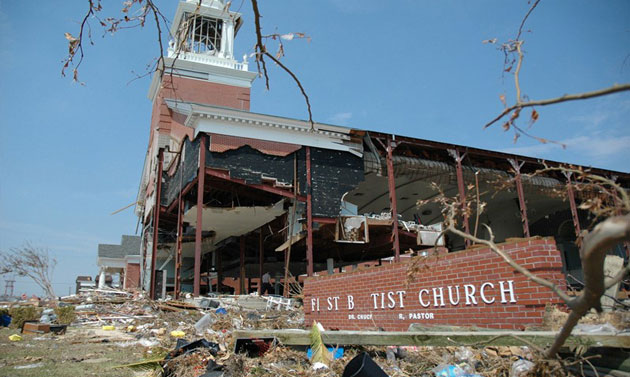