The bronze statue, work of Israeli sculptor Sigalit Landau, was placed alongside the statues of former Israel presidents in the presidents’ district.

President Rivlin’s statue alongside the statues of former Israel presidents

A statue of President Reuven Rivlin was unveiled in the President’s Residence garden on Monday, two days before he is set to conclude his seven-year term as president.

The bronze statue, sculpted by Israeli artist Sigalit Landau, was placed alongside the statues of former Israel presidents in the presidents’ district, in the President’s Residence garden.

A plaque containing a quote from President Rivlin was embedded onto the marble pillar the statue was placed upon.

The quote reads: “In my parents’ home I inhaled the human spirit, absorbed the Jabotinsky splendor and the Jewish tradition. But above all, I learned to listen. I learned to respect the beliefs of others and acknowledge their pain. In my home, I learned that without listening – there is no learning, and without learning – nothing can be amended.”

President Rivlin took the time to thank Landau for sculpting his statue. “Sigalit Landau is a special artist with international recognition,” he said of Landau.

“I am proud my statue was designed and molded by her,” Rivlin added.

Rivlin will finish his seven-year term as president on July 7. President-elect Isaac Herzog will take his place in the President’s Residence.

Why are divorce rates rising among Israeli-Arab couples? – BGU study 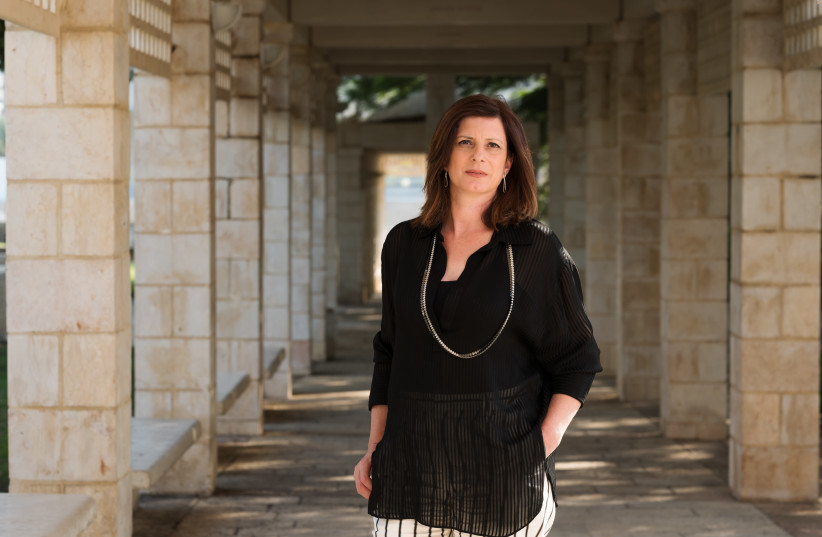