Prayer? Protest? What sort of state does Israel want to be?

Who would have thought that the age-old debate over whether Israel is a Jewish or democratic state would be resolved by the coronavirus cabinet?

Ultra orthodox Jews from the chassidic Breslev sect protest against PM Benjamin Netanyahu, demanding a solution which would allow them to fly to Uman, outside the home of Minister of Interior Aryeh Deri in Jerusalem on August 30, 2020.

What takes, or should take, precedence: the Jewish nature of the State of Israel, or its democratic nature?

It’s a question of identity over which the fathers of Zionism pondered at length, that politicians have debated for decades, and that youth group counselors have used to trigger late-night conversations around campfires with their charges for generations.

The question has long been on Israel’s public agenda. Whether there should be public bus transportation on Shabbat; whether Israel should extend its sovereignty to Judea and Samaria; whether civil marriages should be allowed, are all questions that touch on this cardinal matter.

Who thought that a matter so lofty might be resolved not in an ivory tower, the Supreme Court, or in the Knesset, but rather in a governmental body established to deal with a worldwide pandemic? Yet here we are.

On the surface, the question that the coronavirus cabinet dealt with on Wednesday regarding tightening the current lockdown seemed rather pedestrian and localized: Should weekly protests against Prime Minister Benjamin Netanyahu be curtailed to stem the spread of the virus? Should synagogues be closed on Yom Kippur for the same purpose? Or should both be done?

If demonstrations, where thousands of people gather close together every week to protest against Netanyahu, are allowed – but synagogues are closed on Yom Kippur – then the state is saying that the democratic value of the right to demonstrate takes precedence over the Jewish value of prayer.

But if prayer inside synagogues is allowed while protests are banned, then the state is saying that Jewish values trump all others.

Some will argue that freedom of worship is also a democratic value, and others will maintain that protest is a decidedly Jewish value as well. But the real question here is the democratic right to protest vs the Jewish right to pray. In the Jewish-democratic State of Israel, which has the right of way?

“We are a Jewish and democratic government, and for me Judaism is first and most important,” said Shas head Arye Deri. “If the government decides ‘no’ to praying on Yom Kippur and ‘yes’ to demonstrations, I do not know that I can stay in such a non-Jewish government.”

Others argue the exact opposite: that if the government decides to allow Yom Kippur prayer but to ban protests, then ministers who wave the banner of democracy should feel uncomfortable remaining in a nondemocratic government.

Israel has tried gallantly over the years to avoid being forced to choose one value over the other, to accommodate both, to walk a tightrope between the two, saying Israel is – and can be – both Jewish and democratic, and that these two values need not be mutually exclusive.

This policy of skirting the issue over the years, though not flawless, has a great deal of logic to it: avoid having to decide one way or the other so as not to please one part of the population, while alienating another.

And then out of nowhere, the coronavirus comes along and drops this question squarely on the state’s doorstep – when you least expect it, when the country is dealing with all kinds of other crises, when no one is looking.

Judging from the past experience dealing with these types of issues, the government will try to avoid a clear-cut decision on the matter. In this case, that means lumping the anti-Netanyahu protests and prayer in the same basket, something that may be offensive to those who see prayer as that which has sustained the Jewish people for millennia, something that cannot be said about the anti-Netanyahu protests on Saturday nights.

But if the state wants to avoid coming down clearly on either side of the Jewish vs democratic debate, if protests are permitted, synagogue prayer should be permitted as well. If one is banned, the other must be banned, too. If prayer is restricted to small groups of up to 20 outside, then similar restrictions should be clamped on demonstrations.

To those who say that in cases of preserving lives, people need not pray in a minyan and can do so individually, one can respond that people can also demonstrate outside their homes individually.

Nowhere is it written that the only way to express one’s displeasure at the government is through protests bringing thousands of people together each Saturday night near Balfour Road in Jerusalem.

Israel, wisely, has chosen over the years to refrain from choosing and making an unequivocal decision on the Jewish vs democratic debate, thereby making a statement that it sees itself as both. It is important that this policy outlive the coronavirus as well.

When It Comes to Sacrifice, God Doesn’t Play Fair 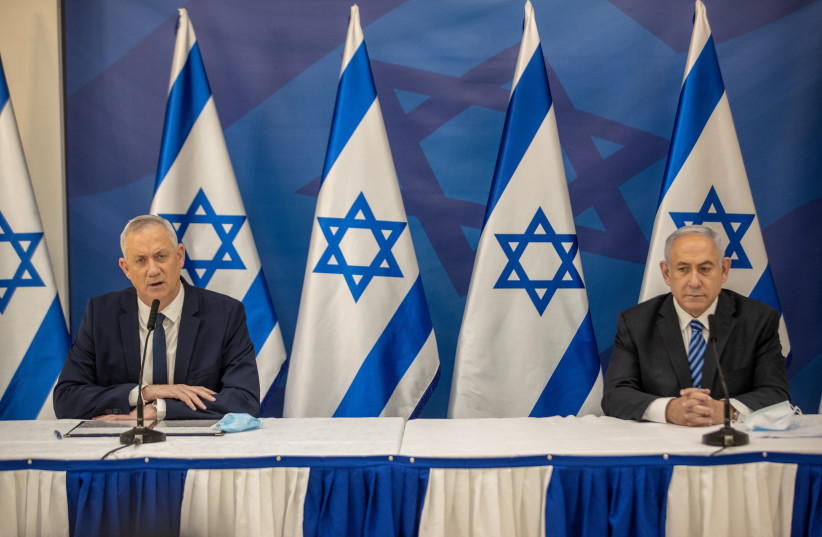